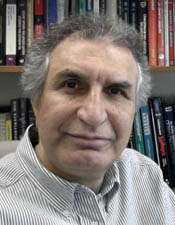 Dr. Farhang Amiri has been a member of Physics Department at Weber State University since 1984. In addition to working and publishing in his field of research in elementary particles, Dr. Amiri remains active in developing laboratory and lecture demonstration materials for physics. He has also created software and computer animations of physics experiments that are used in various physics courses. He continues to publish his work in scientific journals. Link to Professor's webpage: Dr. Amiri's webpage 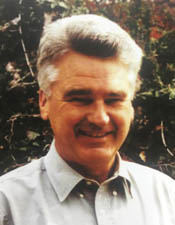 Dr. Ron Galli has been with the Physics Department at Weber State University since 1963. In the past, he has served as the chair of the Physics Department as well as the dean of the College of Science. Dr. Galli has been active in developing several novel demonstrations for undergraduate courses. He has invented and constructed a mechanical model of a cat that demonstrates how a falling cat flips over from an inverted position and lands on its feet. He continues to remain active in research and to publish in physics journals. Link to Professor's webpage: Dr. Galli's webpage

The initial motivation for this project was to provide access to physics demonstrations for online physics students. One of the authors (Dr. F. Amiri) has developed over one hundred computer animation experiments that have become a major component of the online introductory physics course at Weber State University. However, it was determined that, in addition to computer animated experiments, the online students should also be exposed to actual physics demonstrations and see real experiments involving physics equipment.

To address these issues, Farhang Amiri together with Ron Galli, decided to develop a comprehensive video library of physics demonstrations. Dr. Galli has been involved with physics demonstrations over many years, including creating several demonstrations of his own. After agreeing on the methods of developing and presenting the experiments and demonstrations, the work of producing the videos began in the summer of 2003. A goal was established that the demonstrations would be used not only for online physics courses but also extended to regular on-campus courses. In the process of producing these videos, it became apparent that they would also be very useful to faculty and students at other institutions.

The idea was that the demonstrations should be recorded in a classroom environment and be comparable to actual lecture presentations made to students in regular physics courses. These videos have been designed so that they can be used by physics faculty at any institution. The videos can be used by faculty to supplement their own lectures and demonstrations through the showing of all or parts of these videos to the students. Also, the videos have been produced with the goal in mind that faculty could watch them and then reconstruct their own live demonstrations. The required equipment and supplies, in most cases, would likely be available in their own respective departments.

We have produced demonstration videos containing approximately 200 physics concepts. These videos average about 5 minutes each and encompass almost all topics which are covered in the standard lower division physics courses. In the videos, the narrative description and explanations of the principles are purposefully kept brief to allow for the faculty to provide their own complete explanations. As each of the demonstrations was produced, care was taken to ensure the quality of the videos and the accuracy of the physical principles being portrayed. Each video is accompanied by a complete list of the equipment which was used. Also, a brief written explanation of each video is included.