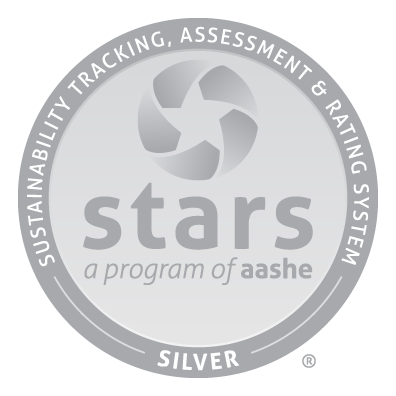 Last month, WSU received word from the Association for the Advancement for Sustainability in Higher Education (AASHE) that the institution has achieved a Silver rating based on our completion of the Sustainability Tracking, Assessment & Rating System (STARS) reporting process.  Universities and colleges report to this comprehensive national system on their activities, policies, infrastructure, accomplishments and more with respect to sustainability in the realms of  operations, planning and administration, academics and campus and community engagement.  The Silver rating is a reflection of the significant advancements the university has made (since its Bronze rating) in all of these realms. We are on track to be carbon neutral well ahead of our goal of 2050, as a result of a progressive (and very replicable) strategy focused on energy efficiency and conservation, electrification, renewable energy and reinvestment of utility cost savings. 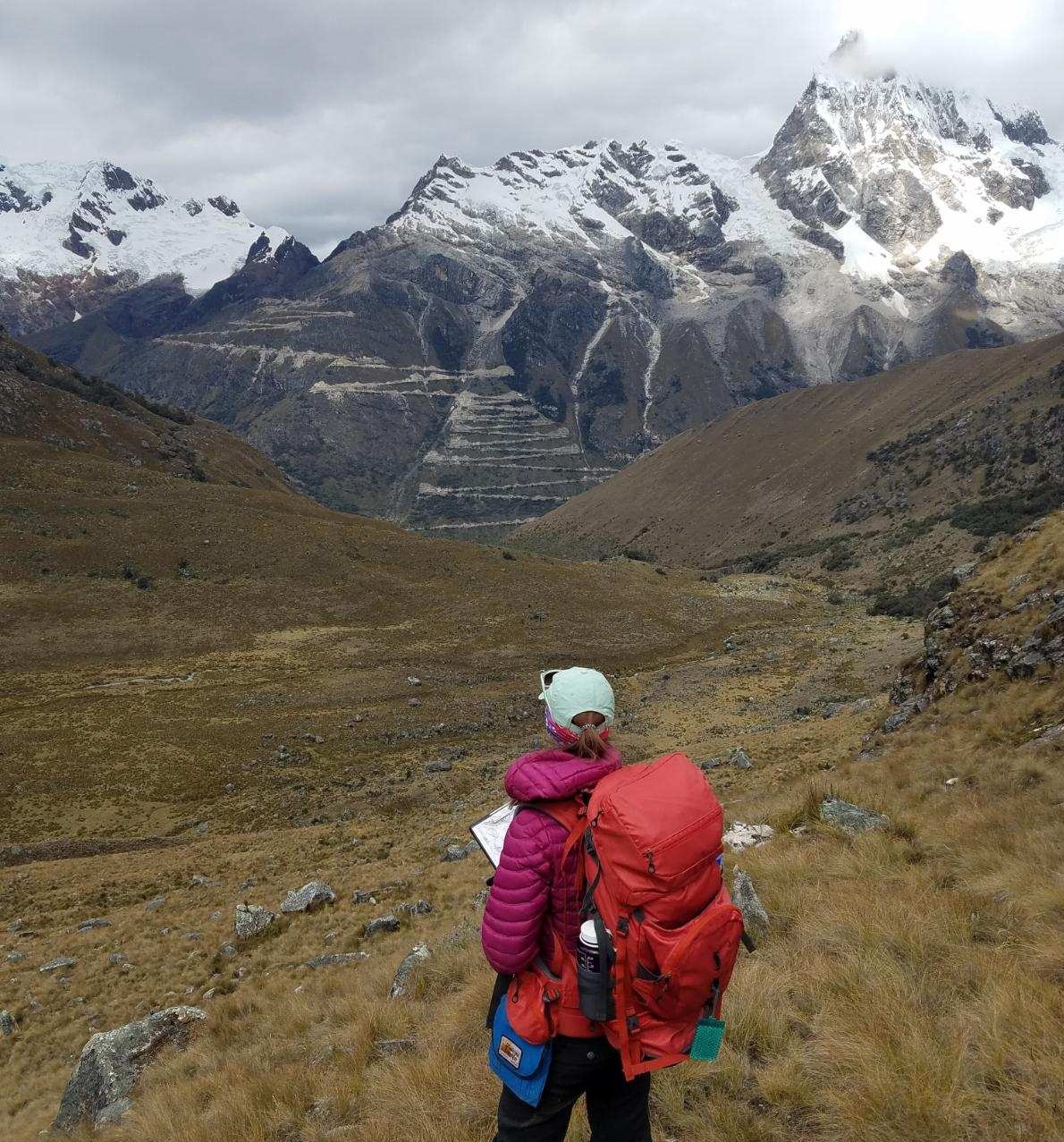 This year the Sustainability Practices and Research Center (SPARC) and the WSU Alumni Association offered a total of $3500 in awards for exceptional Sustainability Research Projects. This year’s winners were selected by the Environmental Initiatives Committee based on the link to sustainability, generation of new content and knowledge, research approach and likelihood of impact. Two faculty and three student projects received the award.  As the descriptions below exemplify, work in sustainability occurs in a wide range of disciplines.

Dr. Crimmel’s project is a documentary film exploring how the legal system in the industrialized world views nature as a wealth-generating resource and commodity whose only value is what it provides for humans. This is contrasted with indigenous communities who for millennia have viewed themselves as part of nature. This film has screened at university events, classrooms, NGO events, and national and international film festivals.

Dr. Malone’s project was a collaboration with Consortium for Advanced Management International (CAM-I) and included team members from Grant Thorton, Boeing and Pilbara Consulting. The goal was to construct an activity-based model to allocate the greenhouse gas effect to entity cost objects, with the mandate to develop tools in which entities may better measure environmental resource intensity in their operations. This work will be carried back to those organizations and will inform the way they approach strategic decisions on resource deployment.

This year’s student awards were given to Analeah Vaughn (Earth and Environmental Science) for the project titled “Deglaciation within the Cordillera Blanca and its effects on water quality,” Chase Wilson (Geography) for the project titled “Federal Land Management: A Case Study of Canyonlands National Park,” and the joint project of Rachel Creer (Communication – PR & Advertising) and Cooper Taylor (English) titled “WRCNU Wildlife Awareness Package for Families.”

Analeah Vaughn’s project analyzed tropical glaciers in the Cordillera Blanca, of northern Peru. The project involved mapping multiple drainages to identify the extent of the mineralized zone and assess the control of bedrock geochemistry on water chemistry. This mapping will allow predictions about where water contamination may get worse as the glaciers continue to recede.

Chase Wilson’s project aims to understand federal land management in the American West with a particular focus on the historic relationships between people and public lands. His research used Canyonlands National Park as a case study, and highlighted the nonlinear path toward preservation and the impact of key individuals, local residents, and media cycles on the process of public lands changing administration.

Rachel Creer and Cooper Taylor worked with a community partner, Wildlife Rehabilitation Center of Northern Utah (WRCNU), to provide means to educate people about protecting Utah’s wildlife. The students created a pamphlet covering the mission of WRCNU, what to do if you find an injured animal and how one can volunteer. They also created a children’s activity booklet highlighting real stories of animals saved by the WRCNU.

Thank You for Joining Us at the Summit

The 10th Annual Intermountain Sustainability Summit brought over 400 people together from across Utah and the country for two days of sustainability programing and networking on March 21 and 22.

Paul Hawken gave the keynote address, based on his newest book, Drawdown: The Most Comprehensive Plan Ever Proposed to Reverse Global Warming. He discussed many of the top 100 ways society and individuals can reduce our carbon footprint and reverse global warming.

Brenda Ekwurzel, the Director of Climate Science for the Union of Concerned Scientists, hosted both the Summit plenary and a half-day workshop, where she explored ways communities can work toward climate solutions.

Save the date: Next year’s Intermountain Sustainability Summit will be held on March 19 – 20, 2020.

The first Earth Day in 1970 enlisted 20 million Americans and is credited with launching the modern environmental movement. It is now recognized as the planet’s largest civic event and it led to passage of landmark environmental laws in the United States, including the Clean Air, Clear Water and Endangered Species Acts. Many countries soon adopted similar laws, and the United Nations chose Earth Day 2016 to sign the Paris climate agreement.

With so many wonderful sights in Utah, there are countless reasons to celebrate Earth Day!

Here are a few ways to mark the occasion in Ogden.

Attend the Ogden Nature Center's Earth Day Fair on Saturday, April 20, from 11 am – 4 pm. Admission is $4 per person. Festivities begin at 11:30 a.m. There will be fun and engaging activities, food trucks, puppets, a water-wise perennial plant sale, live performances, green gurus from all over the state, environmental experts, arts, crafts and more!

Check out the resident birds of the Nature Center, the Earth Day poster competition and Birdhouse Competition exhibit. Food vendors include Grounds for Coffee, Lucky Slice Pizza, Menchies Frozen Yogurt, MisoYUM and Utah’s Pink Drink. The event is held rain or shine! Alternative transportation and carpooling are encouraged. All ages are invited.

Call for Volunteers for the Electric Lawn Mower Exchange

WSU will be running the Utah Lawn Mower Exchange to celebrate Earth Day and we need volunteers! The exchange day will be April 27th from 8:30-11:30 a.m. Lunch will be provided. Please contact Chase Wilson at wilsonchase@weber.edu to sign-up for times. 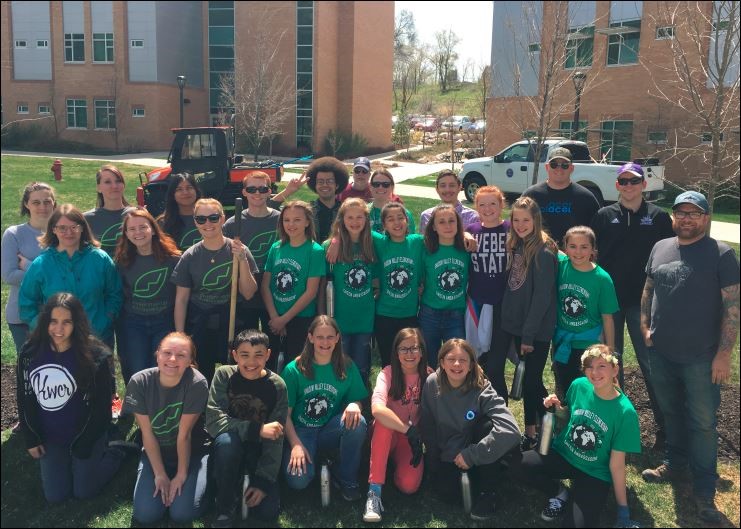 Led by WSU’s Environmental Ambassadors and Landscaping team, the 2019 spring tree planting will be held on Thursday, April 18th, at 1:30pm, near the play field behind the W8 parking lot on the south side of campus.

On Thursday, April 25th, the annual Spring 2019 trail maintenance of the Environmental Ambassador trail, located in Strongs canyon behind WSU Ogden campus. Join us in clearing the trail of plant debris, trash and pruning a few branches. Make sure to bring your reusable water bottle, sunscreen and good shoes!

Snacks, gloves, garbage sacks, and pruners will be provided.

RSVP with Sadie Braddock at Sadiebraddock@weber.edu or if you are unable to attend at this time, indicate when you would be able to since we will be hosting more trail times. 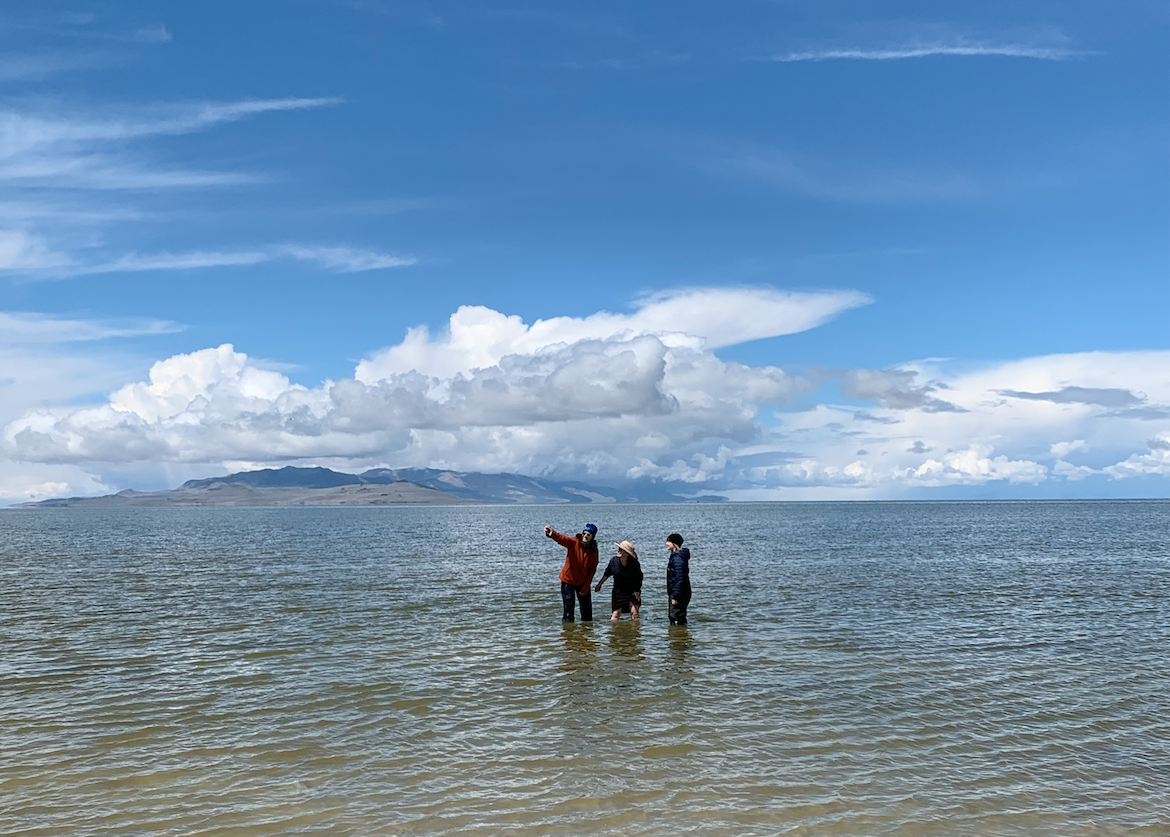 The last presentation of the Great Salt Lake and Society Seminar Series will be held Friday, April 19, at 12:30 p.m., in Lindquist Hall room 280. This session will feature presentations by students from geology and sociology classes on a multitude of topics. A potluck will be held after the presentations. Anyone is welcome to stay and celebrate the wonderful semester we’ve shared!

This summer, Weber will install its first solar-covered parking array. Located in the W10 parking lot between the public safety building and the institute, this array will provide covered parking for the entire lot while housing 550 kilowatts of solar panels on its roof. The power produced will feed directly into Lindquist Hall and the campus electrical grid, offsetting approximately 80% of Lindquist Hall's anticipated energy consumption.

It will be the largest array of its type in the state. Students will have access to this covered parking, providing shade in summer and coverage from snow in winter.

In addition, Weber State has added two new electric vehicle (EV) charging stations near Lindquist Hall in the A1 parking lot.  Existing charging stations are located in the A2 lot, north of Tracy Hall, and in the A6 lot near the Inter-Professional Education building. Anyone with a WSU parking permit is welcome to use these. 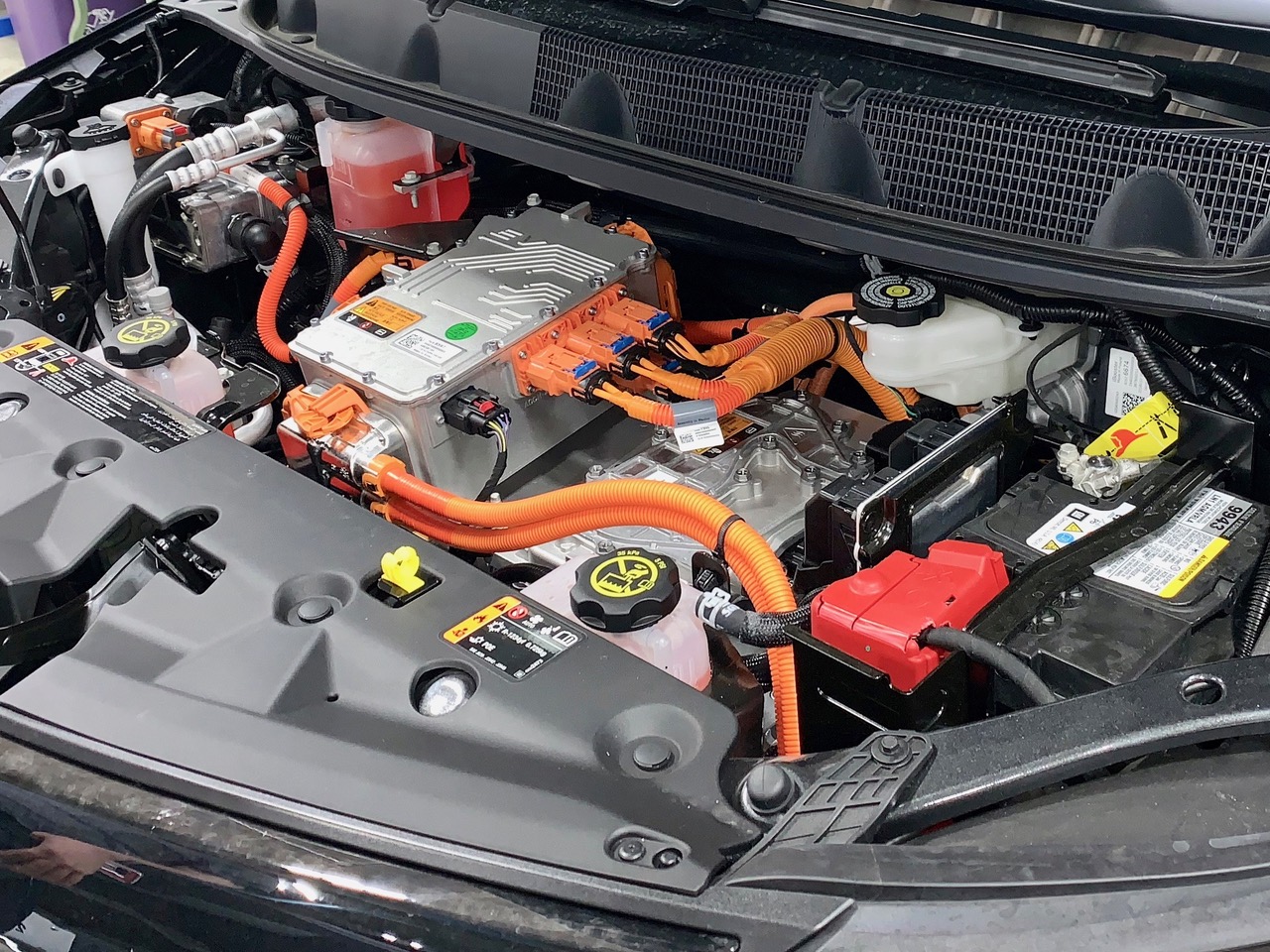 The automotive industry is going electric. Don’t fall behind in automotive technology training. Prepare for the high-voltage vehicles of yesterday, today and the future with Weber State University’s Automotive Services training program. This three-phase program is the only one of its kind in the region.

The WSU Department of Automotive Technology is offering the three-phase program for hybrid and electric vehicles beginning May 1, 2019. This training program is available to the general public or anyone who wishes to learn more about electric vehicles and how to safely work on them. The first two phases are online and can be taken at any time; the third phase is a hands-on course.

The hands-on course will be available three times during the summer of 2019. See https://continue.weber.edu/professional/programs/evtraining/ for more information.

The Weber State University Solar Decathlon team has recently been funded $25,000 by the US Department of Energy as one of 11 international teams selected to compete at the Solar Decathlon Building Competition at the National Mall in Washington D.C. in 2020! The competition includes six teams from the United States and four international teams from Canada, Chile, the Netherlands and South Africa.

“Weber State has been making a name for itself as the Wasatch Front leader in sustainable design for residential construction,” said Jeremy Farner, WSU design engineering technology associate professor. “That’s our goal, and participation in Solar Decathlon gets us one step closer.”

The year-and-a-half-long competition includes two parts: a design challenge and a build challenge. This semester, the Weber State team will focus on designing a duplex and triplex. The homes will be net-zero, meaning they produce as much energy as they consume. WSU will partner with Redfish Builders.

Sustainability at WSU is defined in a pluralistic and inclusive way, encompassing human and ecological health, social justice, secure livelihoods and a better world for all generations. Teaching and learning about sustainability in an array of courses across the curriculum will increase students’ awareness and comprehension that healthy human societies are fostered and supported through a complex web of interconnections among their physical, social and economic dimensions.

The formal application process to use the designator will begin in Fall 2019 for classes to be taught in Spring 2020.  Faculty who wish to indicate that their course focuses on or includes sustainability, in some way, will need to apply for the designation. Applications will be reviewed by a subcommittee of the Environmental Initiatives Committee.  Details on the application process, deadlines and criteria for designation will be shared prior to the start of the fall semester.

See our calendar for updates

Hill Airforce Base Most at Risk for Negative Climate Change Impacts

Paper or Plastic? Your Choice of Bag Matters Less Than What’s Inside