Weber State looks back at highlights of 2022

OGDEN, Utah – With another year marked by growth and change coming to a close, Weber State University is looking back at some of its top headlines from 2022, including the creation of the Equity, Diversity and Inclusion division, the launch of a new physician assistant program, and the opening of key WSU facilities that will lead Utah’s defense and aerospace industries into the future. 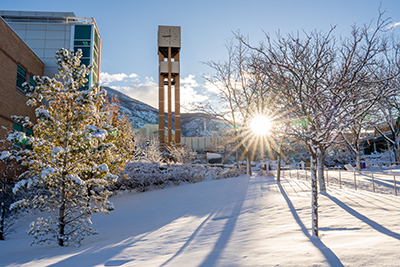 Weber State University created a new division of Equity, Diversity and Inclusion to support students and advance the goals outlined in the university’s new strategic plan, Weber State Amplified, a 5-year plan for growth. The plan affirms the university’s commitment to become an emerging Hispanic-Serving Institution by increasing the percentage of students who identify as Hispanic and Latino to 15% by 2025. Adrienne Andrews was selected as the division’s first vice president.

Weber State students conducted state-wide research on the opinions of Utah voters and candidates about ranked-choice voting compared to winner-takes-all. According to this research, both voting systems have benefits and drawbacks, with WTA voting being the preferred system overall among voters in the state of Utah. The team reported their findings to the lieutenant governor’s office on Feb. 16.

Garrett Potokar made university history as the first elected LGBTQ+ student senator. His goals with the position were to increase representation and leadership opportunities for LGTBQ+ within the Weber State University Student Association and WSU campuses.

In 2014, WSU made a goal to cut water usage by 30%. New campus equipment and the creation of a water-saving competition from Facilities Management helped WSU reach its goal four years early, and paved the way for the university's new shuttle route to utilize waterwise plants.

After two years of virtual performances, México en el Corazón resumed international touring for Ballet Folclórico Guadalajara and Mariachi Femenil Estrella de México, with a free performance at WSU. México en el Corazón, which has been performing for seven years, is internationally recognized for preserving and spreading the traditions and dances of Mexico in venues throughout North America.

The NUHOPE Suicide Prevention Task Force transitioned from Intermountain McKay-Dee Hospital to Weber State. The program, which is dedicated to increasing suicide awareness and prevention in Weber County, is now led by the Department of Health Administrative Services housed in the WSU's Dr. Ezekiel R. Dumke College of Health Professions.

Once again, the Lindquist Family Symphony Pops and Fireworks attracted thousands of community members to the WSU Ogden campus, where they enjoyed food trucks, a free symphonic concert and one of the largest fireworks displays in northern Utah. 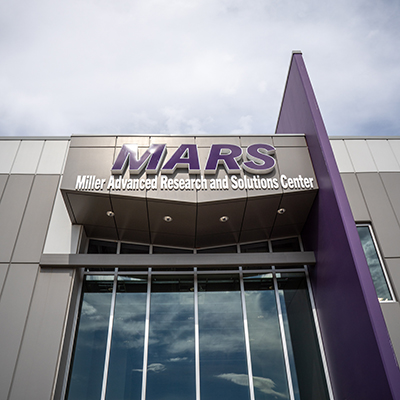 WSU opened the Miller Advanced Research and Solutions Center located at the Falcon Hill Aerospace Research Park near Hill Air Force Base. The MARS Center will create opportunities for WSU students and faculty to research and apply innovative solutions to real-world problems in the realm of national defense and aerospace.

The university also debuted the new OGX Wildcat Shuttle, the all-electric bus that makes key stops across campus and is free to ride. One of the first aboard was Utah Gov. Spencer Cox, who rode the shuttle before spending an afternoon at WSU with President Brad Mortensen to discuss Utah’s rapid population growth.

WSU professor Carie Frantz led a team of students researching the impact of climate change, drought and ecosystem change at the Great Salt Lake. Frantz and the students studied how the lake’s dropping levels affect its animal populations and Utahns as a whole.

The start of the school year saw a record number of students – 29,914 – and positive trends in enrollment and retention.

Hundreds of WSU students, faculty and staff climbed to the top of Mount Ogden to celebrate the 100th year of the Mount Ogden Hike. At the top of the mountain, WSU president Brad Mortensen unveiled a new plaque that will remind future Mount Ogden hikers about Weber State and what it stands for.

Weber State celebrated the opening of the Noorda Engineering, Applied Science & Technology Building, which features 15 engineering labs, 14 classrooms and nine computer labs that will be used primarily by EAST programs like Professional Sales, Electrical & Computer Engineering, Mechanical Engineering and the School of Computing. 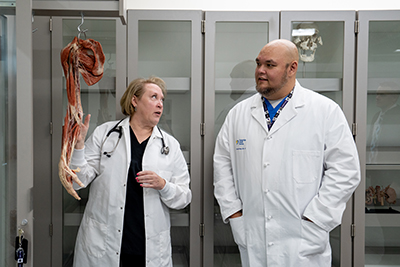 Weber State announced that it will now offer a master’s degree in physician assistant studies, with the first class of students starting coursework in January 2023. Several years in the making, the newly accredited program offers students an integrated, hands-on curriculum focused on primary care and adult hospital medicine that will help prepare them for careers in healthcare.