Stacy Palen, physics professor and director of the Ott Planetarium, and Michael Stevens, chair of business administration, will be recognized officially during commencement April 28 at 8 a.m. in the Dee Events Center.

“Professors who earn this distinction have contributed to their profession, the university, the community and most importantly to their students,” said WSU President Charles A. Wight. “Our Brady professors set a great example for their fellow faculty members.”

The honor was established in 2006 as a way to recognize WSU faculty members who have demonstrated the highest quality teaching, scholarship, research and community service.

A generous gift from Rodney and Carolyn “Mitzi” Brady made funding for the recognition possible. The late Rodney Brady served as WSU president from 1978-85. 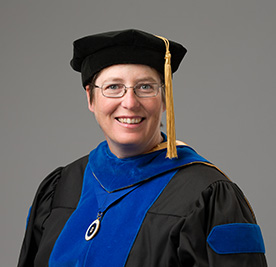 Director of the Ott Planetarium and physics professor Stacy Palen has enabled countless others to reach for the stars.

Through her guidance, the Ott Planetarium has instilled inspiration in thousands of school children and other audiences. In addition, she has written several grants and secured support, including $1 million in NASA funds, to upgrade planetarium facilities and other resources, while creating new outreach opportunities. Palen has also led Science Saturdays in partnership with Weber County RAMP and supported WSU’s annual Physics Open House.

Her interactions with the community are not limited to those, however. She has presented “Nature’s Creation Story,” at both the Weber State University Storytelling Festival and the university’s TEDx event.

Palen is revered for her ability to make an impact on students from within the College of Science or elsewhere on campus. It is commonplace for her to work with students on various astronomy projects, one of which is to develop the infrastructure and program for two observatories on top of the Tracy Hall Science Center. Her dedication to students was made evident in 2006, when she won the Crystal Crest Master Teacher Award, the highest teaching distinction at the university.

Palen is known for her collaborative spirit, often hosting workshops for other astronomy educators. She co-led trips for educators to visit scientific sites such as observatories, old uranium mines and the rim of the Grand Canyon. She hosts a Women in Physics dinner and seeks to support those who are underrepresented in science. Palen was instrumental in working with other WSU faculty and community members to obtain International Dark Sky Accreditation for Ogden Valley’s North Fork Park and she served on WSU’s Environmental Issues Committee.

In addition, she has published two editions of two introductory astronomy textbooks through W.W. Norton and a workbook for hands-on learning activities. Her newest text has been adopted by more than 100 university programs.

Palen has been at Weber State University for nearly 15 years. 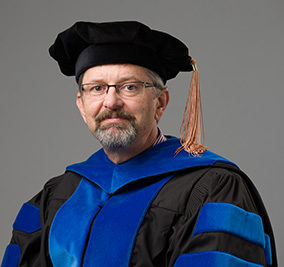 Michael J. Stevens has distinguished himself as an engaged teacher, prolific scholar and dedicated colleague.

Students have credited Stevens, chair of WSU’s Department of Business Administration, with broadening their understanding of what makes a good leader and changing their lives for the better.

When he’s not nudging students forward, he’s equipping the world with increased knowledge. He has produced more than 90 publications, including peer-reviewed articles, monographs, books, book chapters and presentations. Other scholars have cited Stevens’ articles nearly 800 times. In addition, he has co-developed widely used tools such as the Teamwork-KSA Test, Global Competencies Inventory and Intercultural Effectiveness Scale. More than 100,000 individuals in 170 countries have used these assessments.

For his scholarly efforts, WSU’s John B. Goddard School of Business & Economics named Stevens a Smith Fellow from 2008-2015 and then a Buehler Fellow. He was also the 2015 winner of the Outstanding Author Contribution of the Emerald Literati Network Award for Excellence, the 2014 winner of the Outstanding Leadership Award for Scholarly Rigor and Critical Thinking, among other recognitions.

At WSU, he has collaborated with the Women’s Studies Executive Committee to aid women in navigating particular challenges in business. He also offers his “Leadership Through People Skills” course free to WSU faculty and staff.

In the community, Stevens has served with the Sunstone Education Foundation, Howard Park Early Childhood Center, and EnTeam Institute, a nonprofit educational foundation with the goal of building communication through cooperative games and activities.

Stevens has been with Weber State University for nine years.