OGDEN, Utah – A zoology professor whose dedication to ecological education reaches across the nation and a child and family studies professor who has been a champion of family literacy for nearly a decade have been named Weber State University’s 2016 Brady Presidential Distinguished Professors.

John Mull, from WSU’s Department of Zoology, and Paul Schvaneveldt, from the Department of Child & Family Studies, will officially be recognized during Weber State’s 147th commencement ceremony April 29.

“Throughout their years at Weber State, Dr. Mull and Dr. Schvaneveldt have demonstrated the care for campus and community that are so characteristic of Brady Presidential Distinguished Professors,” said WSU President Charles A. Wight.  “I applaud their dedication to both this institution and the world at large.” 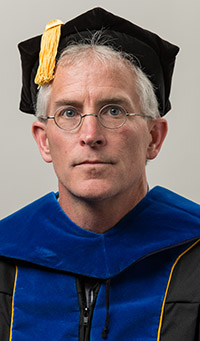 A contributor to the fields of ecology and entomology, zoology professor John Mull is lauded for his work at the national, local and university level.

His service has included involvement with the American Museum of Natural History’s Network of Conservation Educators and Practitioners, which honored him nationally as Professor of the Month.

At WSU, he is the Ritchey Science & Engineering Fair director and a member of the Environmental Issues Committee.

Having been frequently involved with Weber State’s honors program, Mull’s contributions include co-teaching a popular course on Western water issues with history and English faculty. Since earning his doctoral degree, he has taught at four universities in addition to WSU.

He has mentored several student projects, including studying pollinators of the dwarf bear-poppy and surveying bees in southern Utah’s Snow Canyon State Park. His support of WSU students has extended well beyond their graduation.

Mull’s community service includes working with the WSU Zoology Club to create displays for the Creatures of the Night and Earth Day events at the Ogden Nature Center. He also created a display on bees for Snow Canyon State Park and has served as co-organizer of the Antelope Island Spider Festival. He served as chair of the Board of Directors for HawkWatch International, the world’s leading nonprofit group dedicated to birds of prey.

As a researcher and writer, Mull co-authored five peer-reviewed publications and published several book reviews in the past five years. During that same time period, he collaborated on eight professional presentations to groups such as the Society for the Study of Evolution, the International Congress for Conservation Biology and the National Conference on Undergraduate Research. Mull has garnered external grant support from The Nature Conservancy, the U.S. Fish and Wildlife Service, and the Bureau of Land Management.

Mull was named the Honors Eccles Fellow in 2004 and Nye-Cortez Honors Professor in the 2004-05 academic year.

He earned a doctorate in biology and ecology from Utah State University and has been a faculty member at WSU for 19 years. 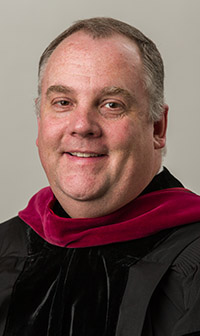 Realizing that education begins long before college, Department of Child & Family Studies Chair Paul Schvaneveldt has dedicated himself not only to his university, but also to improving families and literacy in the community.

The WSU Family Literacy Program, supported by an endowment from the Glasmann Foundation and other funding partners, has enabled Schvaneveldt to apply his passion for improving families to the surrounding community. The Literacy Program and the Healthy Relationship Education Project received WSU’s Exemplary Interdisciplinary Collaboration Award in 2015.

Schvaneveldt has guided more than 70 students in research papers for presentation at local, regional, national and international levels. He mentored students in writing four papers that received outstanding research paper awards from the National Council on Family Relations.

His service to WSU also includes two terms on Faculty Senate and acting as founder and co-chair of WSU’s International Education Symposium. He has served on committees such as the Undergraduate Research Task Force, Community Outreach Committee and Master’s of Education Policy Council. He has also lent his support to the WSU Diversity Conference, has served as chair of the Families Alive Conference and as president of the Family Science Association.  Gov. Gary Herbert appointed him to be chair of the Utah Marriage Commission (2012-15), which coordinated healthy relationship programming in the state.

As a researcher, Schvaneveldt has authored more than 80 journal articles, book chapters and academic conference presentations. Topics have ranged from exploring factors of adolescent development to understanding Latino family processes. The last subject — and a religious mission in Bogota, Colombia — particularly informed his year in Ecuador as a Fulbright Scholar with the U.S. Department of State in 2009-10.

He earned his doctorate in human development and family studies from the University of North Carolina at Greensboro and has been a WSU faculty member for 13 years.