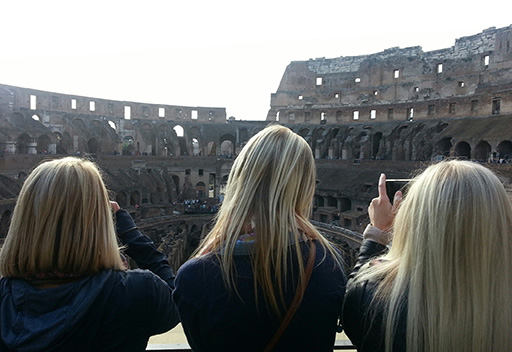 The Program of Interior Design offers you the opportunity to explore different parts of the U.S. and the world.

Earn college credit while you:

Trips are offered each spring, led by the interior design program faculty.  In even years, we travel within the continental U.S. on our "In Country Experience" trip.  In odd years, trips are international trips abroad.

"Having lived abroad in the past, I wasn't sure that I would benefit from going on a study abroad trip. After some thought, I realized that wouldn't be the case. French novelist Marcel Proust had it right when he said 'discovery consists in not seeking new lands but in seeing with new eyes.'

My first trip to Barcelona for example, I fell in love with Gaudi's work. I knew it was unique, but that was the extent of it. Having now studied Gaudi, and getting the opportunity to revisit his masterpieces allowed me to see them for so much more.

I recognized motifs, the symbolism, and the elements and principles of design that were incorporated. It truly was a new experience despite the fact that I had been there before --- I was seeing with my new interior design eyes.  Aside from the academic elements, this trip forged some great friendships and left us all with enough memories to last a lifetime. My design, my cultural awareness, and perspective will be forever influenced by my travels abroad."

Join us in Seminar on September 26 at 9 a.m. when details are announced! 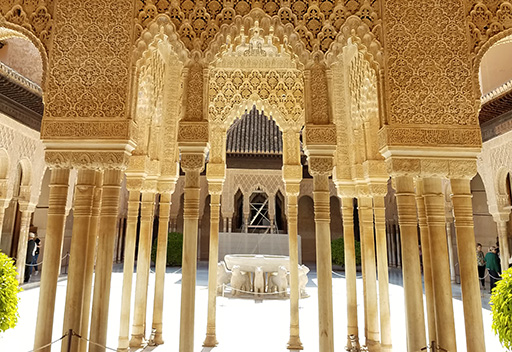 Preference is given to active interior design majors and faculty.

Announced at time of trip details. Cost varies according to tour.

Final payment is due April 1, prior to departure

To attend either an international tour or the In-Country Experience, you will be required to submit an application for review along with a down payment.

You will be interviewed and must be able to meet all requirements of the Study Abroad and Interior Design Departments.