Economics professor and former WSU provost Michael Vaughan, and English professor Mikel Vause will be honored at this year’s virtual convocations event, April 29 at 7 p.m. The event will be streamed live at weber.edu/commencement.

The honor was established in 2006 to recognize WSU faculty members who have demonstrated the highest quality teaching, scholarship, research and community service. A generous gift from Rodney and Carolyn “Mitzi” Brady made recognition funding possible. The late Rodney Brady served as WSU president from 1978 to 1985. 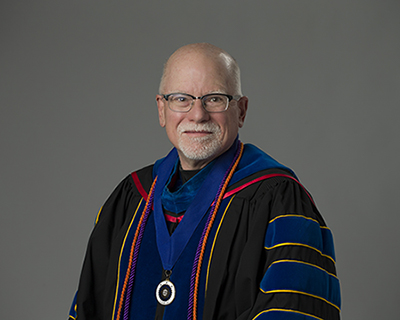 The start of Michael Vaughan’s long and gratifying career at Weber State was something of an accident. As an economics doctoral student at the University of Nebraska, Vaughan heard about Weber State from a friend, who had applied for a job and praised the school’s focus and breathtaking setting. Although his friend didn’t receive a job offer, Vaughan was hired as an economics faculty member. He is grateful for that serendipitous turn of events.

As a teacher, Vaughan focused on creating impactful learning experiences. For years, he taught the Executive Lectures course where he brought business people, community leaders and authors to campus to meet with students. He led students on trips to corporate annual meetings and established the Wall Street Fellows program where students networked with alumni employed in New York’s investment-banking industry. In both graduate and undergraduate courses, he donated funds to teams of students and challenged them to give the money to nonprofits where the donations would have the greatest impact. More recently, he collaborated with art professor K Stevenson to allow Honors Program students to explore economics through the visual arts.

Vaughan held numerous positions at the university, including Department of Economics chair, associate dean and subsequently dean of the John B. Goddard School of Business & Economics. As dean, and with the assistance of Mr. Goddard, Vaughan spearheaded the creation of WSU’s MBA program.

From 2004-2015, Vaughan served as provost. Under his leadership, WSU created the Center for Community Engaged Learning, was granted approval and accreditation for the first undergraduate and graduate engineering programs, earned a coveted All-Steinway School designation for the Piano Program and established the LGBT Center.

As provost, Vaughan worked to make higher education accessible and affordable. In 2008, he was instrumental in creating the Dream Weber program, which covers tuition and fees for qualifying WSU students with an annual household income of less than $40,000. The program has made the dream of a college education a reality for thousands of students.

Retiring this year, Vaughan is grateful for all the ways Weber State University enriched his life. “I have learned more at Weber State than any university I attended as a student,” Vaughan said. “I am grateful to have spent 40 years at an institution that makes learning the No.1 priority.” 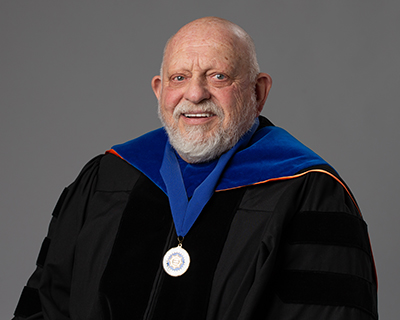 Former students and colleagues describe English professor Mikel Vause BS ’82 as an author, poet, scholar, environmentalist, adventurer, mentor and friend; they call him a “master of the mountain and classroom.” Vause is the quintessential storyteller. His graduate work culminated in a dual Master of Arts in American literature and American studies, and a Ph.D. in British literature from Bowling Green State University.

Vause began teaching at Weber State in 1982. To give undergraduate students an opportunity to present their writing to university peers throughout the country, in 1985, Vause and a colleague organized a conference that quickly became a Weber State showcase. Each year, the National Undergraduate Literature Conference attracts hundreds of student writers and brings some of the world’s most important literary figures to WSU.

Vause is the author of 10 collections of poems and author and editor of six other books. His poem “What Said the Thunder” was nominated for a Pushcart Prize, and his book of poems, The Scent of Juniper for the Boardman-Tasker Mountain Literature Award.

He served as the editor for The Journal of the Utah Academy. Vause is also the only non-British judge and chair of judges for the Boardman Tasker Award for Mountain Literature. Vause has climbed and lectured, and participated in scholarly conferences in various locales some of which are in the U.S., Arctic, Norway, Nepal, Tibet, Canada and extensively in Scotland, England and Wales. He was a member of the 2011 CE British Expedition to the Northside of Mount Everest in search of the body of Andrew Irvine of the 1924 British Everest Expedition.

For information regarding commencement, visit weber.edu/commencement.

For photos, visit these links: