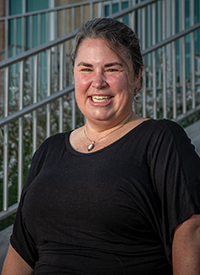 The new leadership team at Weber State’s Olene S. Walker Institute of Politics & Public Service hit the ground running with plans to get WSU and the surrounding community more engaged in and excited about the political process.

Leah Murray and Devin Wiser, who both took on newly created positions with the institute in 2020, hope to increase civic engagement by combining two of former Utah Governor Olene Walker’s passions: education and politics.

Wiser began serving as executive director of the Walker Institute and government relations in November, as political participation hit a peak during the recent presidential election. 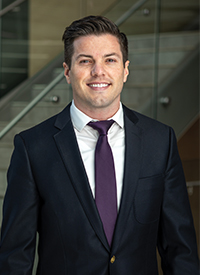 “Right now is the time to strike, while people are interested,” Wiser said. “It’s our goal to get them to maintain that interest always, and not just in the month or two leading up to a presidential election.”

Murray, who began her role as Walker Institute academic director in July, is equally excited about getting the WSU community involved in politics — and not just when they’re voting for the president.

“Citizenship is a 365-days-a-year, all-levels-of-government kind of commitment,” Murray said.

Due to the COVID-19 pandemic, Murray and Wiser are planning virtual events and initiatives to help educate people about political processes and practical ways to be engaged. That includes efforts related to WSU’s Voter Friendly Campus designation, given to institutions that work to increase student voters, as well as a citizen’s academy course to teach people about government.

In addition, monthly forums will be held on timely political topics. Though virtual for now, the events will eventually bring people to campus, keeping Weber State a hub for political discussions in the region.

For information on upcoming events and initiatives or to donate to the Walker Institute, visit weber.edu/walkerinstitute.