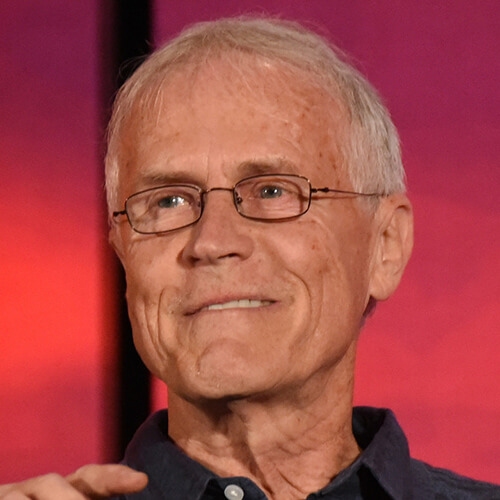 Paul Hawken is an environmentalist, entrepreneur, and author. His work includes starting ecological businesses, writing about the impact of commerce on living systems, and consulting with heads of state and CEOs on economic development, industrial ecology, and environmental policy. He has appeared on numerous media including the Today Show, Larry King, Talk of the Nation, Charlie Rose, and has been profiled or featured in hundreds of articles including the Wall Street Journal, Newsweek, Washington Post, Business Week, Esquire, and US News and World Report. His writings have appeared in the Harvard Business Review, Resurgence, New Statesman, Inc, Boston Globe, Christian Science Monitor, Mother Jones, Utne Reader, Orion, and many other publications.

He authors articles, op-eds, and peer-reviewed papers, and has written eight books including four national bestsellers, The Next Economy (Ballantine 1983), Growing a Business (Simon and Schuster 1987), and The Ecology of Commerce (HarperCollins 1993) and Blessed Unrest (Viking, 2007). The Ecology of Commerce was voted in 2013 as the #1 college text on business and the environment by professors in 67 business schools. Natural Capitalism: Creating the Next Industrial Revolution (Little Brown, September 1999) co-authored with Amory Lovins, has been read and referred to by several heads of state including President Bill Clinton who called it one of the five most important books in the world today. His books have been published in over 50 countries in 30 languages. Growing a Business became the basis of a 17-part PBS series, which Mr. Hawken hosted and produced. The program, which explored the challenges and pitfalls of starting and operating socially responsive companies, was shown on television in 115 countries and watched by over 100 million people. He was recently named one of the top three Pioneers of Sustainability along with Professors Peter Senge and Michael Porter.

Paul has founded several companies including some of the first natural food companies in the U.S. that relied solely on sustainable agricultural methods. He founded OneSun, an energy company focused on ultra low-cost solar based on green chemistry and biomimicry. His latest book, Drawdown, The Most Comprehensive Plan Ever Proposed to Reverse Global Warming debuted April 18, 2017 as a #9 NYT bestseller. He is the founder of Project Drawdown, which works with over two hundred scholars, students, scientists, researchers, and activists to map, measure, and model the one hundred most substantive solutions that can cumulatively reverse global warming by reducing and sequestering greenhouse gases.

He lives in Mill Valley, California in the Cascade Creek watershed with his wife and coyotes, bobcats, red-tail hawks, and flocks of nuthatches.