OGDEN, Utah – Shawn McGrath has never been afraid to reinvent himself. He’s been a firefighter, military police officer, an AH-64 Apache pilot-in-command, a mid-air collision survivor, a husband and father, and now he’s a student at Weber State University pursuing degrees in geology and anthropology with an emphasis in archaeology. 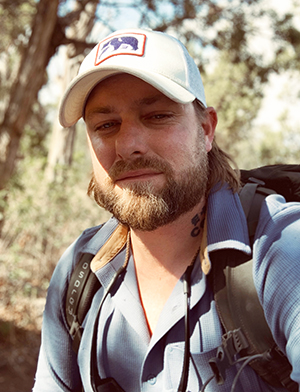 In 2014, McGrath was a pilot on a last-minute, middle-of-the-night training mission with the 82nd Airborne Division when another Apache collided into his at 1,000 feet above the ground. Following their many emergency procedures, the crew retained only partial control, but were able to land safely. Fortunately, everyone survived, but both aircraft were total losses. It is one of the few recorded instances of everyone surviving a mid-air helicopter collision.

McGrath and his co-pilot both sustained neck and back injuries, but the accident did not force him into retirement. In fact, just over a week later, McGrath was back in the cockpit, determined to get past the psychological trauma. He went on to serve in Afghanistan less than a year later as a pilot-in command. However, the accident left him with permanent health issues.

By 2017, McGrath had to decide if he wanted to continue his work in the Army, or spend his life doing something different. After visiting Utah on a ski trip in 2017, he and his wife both thought everything about the area was amazing. He left the Army, and his family officially called Ogden home in 2018, after having lived in 26 different places between them.

A year later, he enrolled at Weber State to pursue his desire for higher education.

“I've always been interested in archaeology and geology,” McGrath said. “It’s so cool to be touching things our ancestors touched. I didn’t realize what a playground Utah is for those two things until I researched the area.”

“Weber State was my first choice for school,” McGrath said. “It’s great for non-traditional students like me, and the programs looked fantastic. It looked exactly like what I wanted.”

Part of Weber State’s attraction was the field studies for students. Weber State has hosted archaeological excavations each summer for more than 30 years with affordable rates and a chance to work closely with professors. 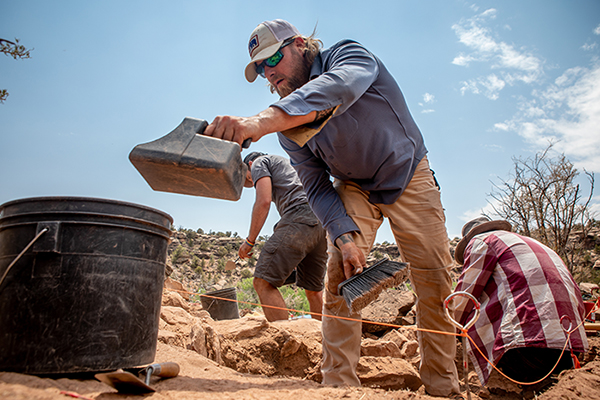 For the past few years, students have visited Coal Bed Village, an ancestral Puebloan habitation center in southeast Utah, 10 miles east of Blanding, Utah. The large prehistoric community was occupied approximately 1,000 years ago.

McGrath joined this year’s expedition led by David Yoder, assistant professor of anthropology. They focused on excavating a ceremonial underground kiva. Each year the team unearths thousands of artifacts such as potsherds, stone tools and animal bones. Yoder was impressed by the collegiality McGrath brought to the project.

“Shawn is genuinely interested in the well-being of others,” Yoder said. “He represents a lot of what I appreciate in many of our Weber students: hard working, tenacious, passionate and helpful.”

Though his time in the Army and his archaeological studies seem different, McGrath said they share many similarities. Both careers are service-oriented and require patience, study and experience to ensure success for high-pressure situations such as missions and excavations.

“In both professions, you only get one shot, and mistakes are expensive,” McGrath said.

During 13 years of military service, McGrath learned the importance of attention to detail, which has helped consistently with his higher-education journey.

“I have truly enjoyed every single relationship I've made at Weber State, and I cherish that,” McGrath said. “With the professors I've had, whether in geology or anthropology, I love coming to school every day. That's not because Weber State has nice air conditioning, it’s because I want to hear what our professors have to say. I want to pick their brains. I think that climbing Ever Upward, you know, it’s really being lifted up by better people.”

To earn two degrees in geology and anthropology, McGrath has taken a heavy course load and still maintained a 3.9 GPA. He credits his wife for helping him succeed at school while balancing his life as a father to three young boys.

“My wife Kelley is the best teammate in the world, and I wouldn’t be able to do this without her,” McGrath said. “She works full time, and we are always talking about what our needs are and what we have to prioritize. It wouldn’t matter if it was archeology or if I wanted to stay in the Army and keep flying Apaches; she's interested in what makes me happy. And life is really good when you don't have to explain yourself to people, they just support you.”

When McGrath graduates, he says his career can take many avenues. He hopes to share his knowledge with younger audiences, and he also wants to continue researching America’s Indiginous Peoples.

“There is a lot of debate about who the first Americans were, and I want to be part of the team that answers that question,” McGrath said. “I don’t know if I want to teach, but I want the things I learned to reach a younger audience. Most people don’t have an understanding of who we are and where we are in time and space. These are important concepts that I think will help shape people's maturity and help them figure out what they want to do in life.”

McGrath says he is very fortunate to have a support system that allows him to do what he loves.

“I never leave Weber State feeling bad,” McGrath said. “When I come in the morning I can be grumpy or I can be tired, but by the time I leave, I always have a smile on my face. I'm always looking forward to tomorrow. What more could you want out of an institution?”