OGDEN, Utah – Weber State University’s African American Heritage Initiative (AAHi) is hosting its second annual event, “The Reveal 2: My African Identity,” Nov. 10 from 6-8:30 p.m. in the Shepherd Union Ballrooms. The event is free and open to the public.

During the evening, 19 African Diaspora students and six WSU faculty and staff will learn their ancestral African origins from the results of a DNA test that was performed prior to the event. Diaspora, according to Merriam-Webster, means  “a group of people who live outside the area in which they had lived for a long time or in which their ancestors lived.” AAHi will also initiate a one-year project to help African Diaspora students understand their ancestry and culture. 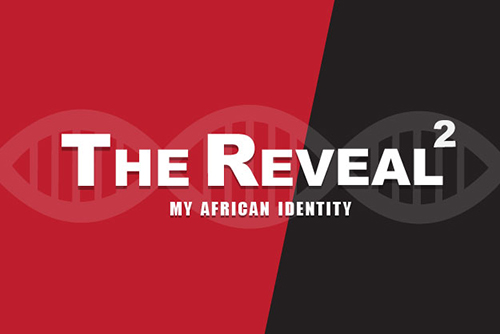 “After going to various multicultural events on campus, I realized that many African Americans have lost a lot of their culture and roots,” said Kenneth Johnson, AAHi advisor and Center for Multicultural Excellence counselor. “We need to find a way to regain that culture, so I came up with the idea of using DNA testing to help students learn about their pre-slavery background and culture.”

Participants in the DNA project were selected from a pool of candidates based on their interest in the program, backgrounds and academic goals.

Meltia Hickman was part of the inaugural DNA reveal in 2019 and now serves as the president of AAHi.

“I want to take advantage of every opportunity I have to experience and learn about my culture,” Hickman said. “Whether it is finding out my tribe or being able to speak with somebody and knowing they are going to learn something from what I know. But if I don’t understand my culture, then I can’t teach anybody else.”

Originally from East St. Louis, Hickman moved to Ogden to find a more stable and safe environment. She is pursuing a bachelor’s degree in human resource management, with plans to work for a major corporation.

In 2019, Hickman traced her matriarchal line and discovered that her ancestors originated from the Tikar Tribe in Cameroon. With those results, she has connected to others with similar backgrounds.

“The impact of this experience has been life changing,” Hickman said. “ I feel like I’ve been on a journey of self-discovery and learning. It has helped me figure out who I really am and that there is more to me than just being Black. I am African-American and I know what that means now.”

This year, Hickman will serve as a mentor to other students. Hickman’s experience, and that of her fellow students, has also encouraged faculty to learn more about their family history.

Donna Hunter, Counseling & Psychological Services Center counselor, attended the inaugural event in 2019 and is one of the six faculty participating this year. She was inspired by the pride and self-assurance she saw in the students after they learned their DNA results.

“Belongingness is a fundamental human need,” Hunter said. “Knowing who you are through who your ancestors were is a need and desire we all have. It gives you strength from which to draw from when you know you are carrying forward positive characteristics. It’s transformative.”

Gina Paige, the co-founder of African Ancestry, will be the keynote speaker for the event and will present the students with their DNA results.

Paige is a leading expert on DNA-based ancestry tracing and co-founded African Ancestry in 2003. She has presented her work to various community groups, faith-based communities and educational organizations nationally and internationally.

“Once you understand what tribe you come from, then you can understand the culture of that tribe, what it’s about, what they do, their colors, their songs, etc.,” Johnson said. “I now know that I am from Sierra Leone and the Mende Tribe. With that information, we can start to do events based on people’s culture and share it with the campus community.”