OGDEN, Utah – Angela Zhan is a researcher studying a prevalent environmental problem: the breakdown of plastic. She spent a few months gathering soil samples from a northern Utah landfill and then testing them, checking to see what type of fungus and nutrients would help the plastic degrade more quickly. She extracted and documented DNA sequences in these chemical compounds by using a PCR (polymerase chain reaction) machine at Weber State University. 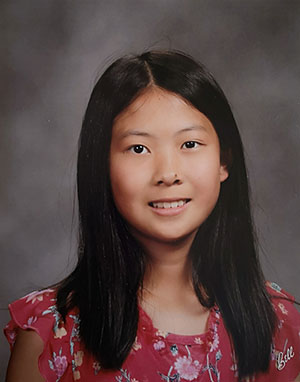 However, Zhan is not a WSU student or faculty member. She is a Mount Logan Middle School student in Logan, Utah.  She is one of 30 national finalists chosen from 300 participants announced on Sept. 2 who will compete in the Broadcom Masters competition to be held virtually Oct. 16 through 21, where she will be eligible for additional research funding.

Broadcom MASTERS (Math, Applied Science, Technology and Engineering for Rising Stars) is a program founded and produced by the Society for Science & the Public with the goal of  inspiring young scientists, engineers and innovators to solve the challenges of the future.

Zhan was chosen as one of the 300 participants after she won the Ritchey Junior Engineering & Science Fair, hosted virtually by Weber State University in March 2020. Her project was titled “Discovery of Novel Soil Microbes for Efficient Plastic Degradation.” She also competed in the 2019 Ritchey fair and finished as a finalist.

“The Ritchey Science Fair was a great learning experience,” said Zhan. “I attended the Ritchey Science and Engineering Fair in the past two years. It was a face-to-face fair last year and I could discuss my project with many other middle school students, judges and the public. The questions, comments and suggestions I received at the science fair were very helpful. This year, the fair was a little different being virtual due to the COVID-19 pandemic. However, to compete, I needed to complete the questionnaire that contains several questions related to my project. This also let me think more about my research.”

Named in honor of Harold W. and Helen M. Ritchey, the fair is a 62-year tradition at WSU. Harold Ritchey was the chair of the board at Thiokol Chemical Company (now Orbital ATK) 1949-1977. He invented detergent motor oil and owned patents in rocket propulsion, astronautics, petroleum and nuclear science. 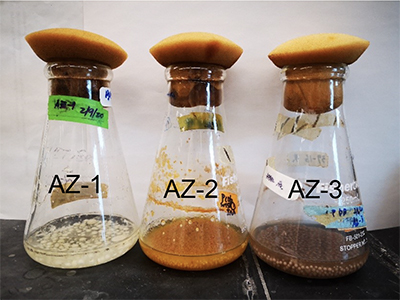 “The Ritchey Science & Engineering Fair provides middle and high school students a community-wide venue to experience the challenge of competing in an academic environment and receive recognition for their work,” said Sheri Trbovich, a community volunteer who has organized the event for many years. “STEM projects enable students to actively conduct research based on their personal interests and develop valuable analytical and problem-solving abilities while improving their verbal and presentational skills as they engage in discussions with mentors and judges. We hope all participants gain a lifelong love of the joy of discovery through science and engineering.”

Zhan’s mother, Ella Tao, started encouraging her daughter to pursue science when she was attending elementary school. “When she was young in elementary school, her school had a science fair. We always encouraged her to participate in every fair,” Tao said. “I think this is a good thing for kids when they're still young.” Zhan’s brother Gary also competed in Broadcom Masters in 2018.

If she receives additional funding, Zhan knows exactly how she wants to continue her research. “I also want to install the PHB (polyhydroxybutyrate) biosynthetic gene into the plastic strings, so it can degrade plastics and turn them into your environment,” Zhan said. “I already found the bad plastics that I can use.”

For more information about the Ritchey Science Fair contact Sheri Trbovich at sciencefair@weber.edu or 801-725-2771.

For photos and Zhan's poster, visit the following links.