OGDEN, Utah – As the kick off to Homecoming, Weber State University announced the successful conclusion of its fundraising initiative, Dream 125: The Campaign for Weber State University. The campaign raised a total of $164,392,217.21, far exceeding its original goal of $125 million. Four significant pledges were made during the final weeks of the campaign from the Ray and Tye Noorda Foundation, Ezekiel R. (Zeke) Dumke Jr., alumnus Roger Trinchero and America First Credit Union.

Thanks to extraordinary community support, students will benefit from $37 million in new scholarship funds. Contributions also will provide support for research, technology, training and travel for students, faculty and staff. The campus will also be enhanced with modern facilities, technology and equipment.

The university received cash and pledges from 16,640 generous donors, 8,327 of whom gave to Weber State for the first time. University employees contributed to the campaign as well. More than 1,500 current and former employees gave a combined total of over $6 million. Students contributed $131,000.

“The generosity of our supporters, alumni, faculty, staff and students has enabled Weber State University students to dream bigger than we could have ever imagined,” said WSU President Charles A. Wight. “I'm personally grateful to everyone who contributed to this campaign — from those who contributed millions of dollars to the passionate Wildcats who carved $10 out of their monthly budget. All of us will share in the bright future that we have created for Weber State and our community.” 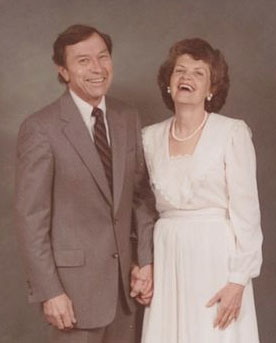 As the campaign concluded, the Ray and Tye Noorda Foundation made a significant gift to the College of Engineering, Applied Science & Technology (EAST). The majority of the gift will help with the construction of the new Noorda Building for Engineering, Applied Science & Technology. The remainder will support students, faculty and staff with scholarships, research and travel.

“Mr. Noorda was once quoted in Utah Business magazine as saying that we must ‘mine the minds of Utahns’ and offer a quality education ‘equal to or better than what is being provided elsewhere in the United States and world,’” said David Ferro, dean of EAST. “We are stretched beyond the limits of our current buildings, and our students and the employers of Northern Utah deserve the benefits of a world-class facility.”

Ray Noorda, who passed away in 2006, was an Ogden native and a Weber State alumnus. He and his wife, Lewena “Tye,” had a deep love for the community and state. His legendary work ethic was developed early as he earned money selling magazines door to door and picking cherries.

With a degree in electrical engineering, Ray helped build Novell Inc. into an international technology giant. He is considered “the father of network computing.” His networking software NetWare changed the world by building a file-sharing system for personal computers, which allowed computers to operate together. His innovations helped fuel the PC explosion and established Utah as a leader in the tech industry.

Tye passed away in 2014. As a writer, poet, musician, director and songwriter, she was praised for her philanthropy to educational, religious and artistic organizations.

The Noorda gift also will help EAST support science, technology, engineering and math (STEM) education in Utah through a number of youth programs. 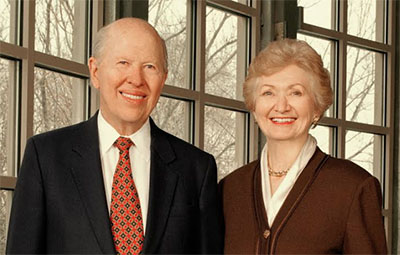 The Dumke family’s legacy of giving at WSU continues with a gift to build the Ezekiel R. Dumke Jr. and Katherine W. Dumke Center for Interprofessional Education in Health Care.

The center will be constructed to support a key initiative of the Dr. Ezekiel R. Dumke College of Health Professions of expanding interprofessional health care, so students from multiple health care professions can learn together and help the college sustain its nationally ranked programs.

New classroom space, health-care simulation labs and offices will provide students and faculty a location to collaborate, communicate and focus on patient safety and care. They will also be better able to conduct and publish research for presentations at national and international conferences.

Ezekiel R. (Zeke) Dumke Jr. and his wife Katherine White Dumke were both born in Ogden. Zeke’s father, Dr. Ezekiel R. Dumke, was a noted Ogden surgeon and one of the founders of the Ogden Surgical Society.

Zeke was one of the founders and president of Western States Management, Dumke Insurance Agency, the Multiple Sclerosis Society of Utah and several mining companies. Katherine was past chair and board member for many years of the Neighborhood House, a program that provides affordable day care and support services to children and adults. Together they have supported many programs in arts, education and athletics. 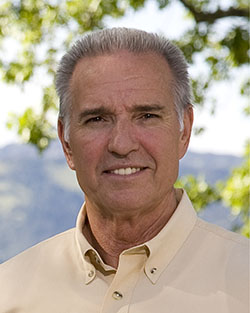 A gift from Roger Trinchero will begin the fundraising required to build a football operations complex and a fan-friendly gateway at the north entrance of the Elizabeth Dee Shaw Stewart Stadium. The building would enable the athletics department to expand spaces for the football program to enhance strength and agility training, football operations and team meeting rooms. The gateway, to be named “Sark’s Boys Gateway” will provide fans with a natural entrance and exit to the stadium, which connects to a tailgating space. “Sark’s Boys” is a term used to remember those student-athletes who played for legendary coach Sarkis “Sark” Arslanian from 1965-72. Arslanian’s winning percentage of .641 ranks first among all WSU coaches and reflects the fact he never had a losing season.

Trinchero, a former linebacker at Weber State, was one of “Sark’s Boys,” and made the pledge to honor the legacy of the legendary coach.

Trinchero played for the 1966 Rose Bowl-winning UCLA Bruins before transferring to WSU where he earned All-American honorable mention honors. Following graduation and a tour of duty in the Vietnam War, Trinchero returned to his hometown in California’s Napa Valley to develop marketing and distribution strategies for Sutter Home, his family’s winery.

Through the Walker Institute, the university will award up to 12 scholarships each academic year with an initial value of $3,000 per scholarship. The number and amount of awards may increase as funds are available with growth of the endowment. Students may use scholarships for internship expenses including tuition, fees, travel and housing.

“As chairman of this ambitious campaign, I've had the honor and privilege of interacting with countless people who strongly believe in what Weber State was, is and will become,” said Alan Hall, Weber State alumnus and local entrepreneur. “The fact that we greatly exceeded our original fundraising goal proves that purple pride runs deeply through this community.”

To learn more about Dream 125: The Campaign for Weber State, visit community.weber.edu/dream125.