Author of 'Temp' to Discuss Workforce Instability at WSU

OGDEN, Utah – Author and historian Louis Hyman will discuss his recent book “Temp: The Real Story of What Happened to Your Salary, Benefits, and Job Security” at Weber State University; the book reveals how executives of the ’50s and ’60s upended the stability of the American workplace. 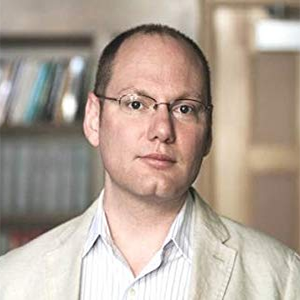 Hyman will present the Vernon M. and MaRee Buehler Lecture, Sept. 19 at noon in the Wattis Business Building Smith Lecture Hall Rooms 206 and 207. The lecture is free, and the public is invited.

“The economy our future Weber State graduates will work in is very different from the economy of just a few decades ago,” said Michael Vaughan, economics professor. “Louis Hyman will provide valuable insights into what the contemporary workforce looks like and how students need to prepare.”

Hyman is director of the Institute for Workplace Studies and an associate professor of Labor Relations, Law and History at the Industrial and Labor Relations School of Cornell University. He has also published several books, including “Borrow: The American Way of Debt.” Hyman received his Ph.D. in American History from Harvard University.

The lecture series was endowed by Vernon Buehler. Buehler had a distinguished 27-year military career that began prior to World War II and included stints in India and Korea. Upon retiring as a colonel, he joined the faculty at Utah State University, where he taught business administration for more than 20 years and founded the COB Partners Program. After retiring from USU, Buehler nursed his wife of 50 years, MaRee Clawson, until her death from Parkinson's disease in 1990. During the 1990s, he joined WSU's John B. Goddard School of Business & Economics as a consultant engaged in enriching its international programs, and later taught at institutions in Poland, Ukraine and Russia. Buehler who had a bachelor's degree in accounting from Utah State Agricultural College, an MBA from Harvard and a Ph.D. in economics from George Washington University passed away in 2014.

Hyman says for African-American consumers in the 1890s, shopping was an everyday battle against white supremacy. Hyman will explain how the Sears catalog helped African-American shoppers escape that misery.

The Historical Lecture Series is sponsored by the WSU Alumni Association, the College of Social & Behavioral Sciences, the Department of History, Stewart Library and the Weber Historical Society.

Both presentations are part of Weber State’s Engaged Learning Series, a university-wide series of events designed to engage students, faculty, staff, and community in discussion, debate, dialogue, learning and action around an issue of public concern. This year’s theme is “In My Shoes.”