OGDEN, Utah – As she began her 39th year of teaching this fall, Lori Memmott Brown welcomed her class of fourth graders at H. Guy Child Elementary in South Ogden with the same mantra her dad instilled in her, “Dare to try.” 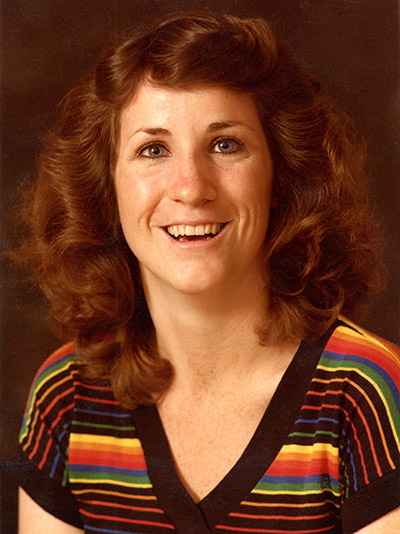 This month, Weber State University is honoring Brown’s leadership as part of the “Women of Weber” project, which focuses on extraordinary women whose service, accomplishments, careers and philanthropy have enriched lives and educational experiences at the university. Each month throughout the academic year, one woman’s photos and stories will be on display outside Archives on the first floor of the Stewart Library.

The project was an outgrowth of a collaboration with Weber State Archives, Special Collections and the Museums at Union Station called “Beyond Suffrage: A Century of Northern Utah Women Making History.” The project was a commemoration of the 100th anniversary of women’s right to vote. Although the pandemic put a hold on the celebration, it did not dampen the enthusiasm to share the stories of outstanding women who changed lives.

At a young age, Memmott-Brown was known by the neighborhood children as “Miss Lori” as she was the teacher in the pretend school they played every day. College was always in her plans in order to pursue a passion for education, which she may have inherited from her parents. Her mom was a high school teacher; her dad a professor of education at Weber State.

As a student, Brown found the personal attention at Weber State made college more engaging in and out of the classroom. She got to know her professors and made a campus full of friends.

“It probably helped that my dad worked here, but everybody at Weber State knew my name,” Brown recalled. “They knew me. It was really personable. Everybody was approachable.”

It didn’t take long before she was involved with the College Activities Board (CAB) and serving as the activities vice president. They planned dances, concerts and homecoming events; they brought in speakers, including actor Charlton Heston. They festooned a float with purple papier-mâché and satin for the Ogden Pioneer Days Parade and hosted weekly films at the Union Building. There was also the Sun Fest and the Outdoor Rainbow Disco. “It was crazy, fun times,” Brown recalled during the oral history interview she completed for Archives. “Everybody went to everything.” 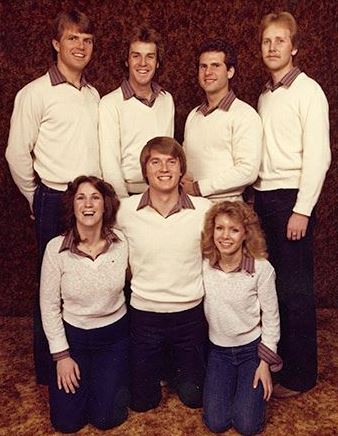 ollowing a successful year as VP, Brown decided to dare to try running against four male contenders for student body president. Her mother and sisters created campaign badges and sewed huge banners that were displayed in front of every building on campus. “Memmott Student Body President,” they proclaimed.

The campaign wasn’t always friendly for its female challenger. In multiple venues, rivals suggested the position of president should be reserved for a man. Buttons were circulated during the campaign that read, “Keep the Priesthood in Office.” But in a field of five, Brown’s message and experience prevailed. She made it past a tight primary race and then squeaked out a win by a narrow margin.

A Standard-Examiner article from April 17, 1981, noted “Miss Memmott campaigned on a platform of increased understanding of student needs and more public awareness of student government actions.”

However, when she joined the other student body presidents around the state on the Utah Council of Student Body Presidents, they were skeptical about a woman in their midst. “It was hard for them to deal with,” she remembered.

A common student concern — tuition — helped them come together. The Utah Legislature was considering a proposed tuition increase of 15%. The student body presidents launched a counter proposal with an “8 is enough campaign,” a play on the name of a popular TV sitcom. Brown appeared before the Board of Regents and the Legislature, encouraging leaders to “keep tuition affordable for middle income and economically disadvantaged students.”

The appeal was persuasive, and the increase capped at 8%, bringing tuition to a total of $762 per year at Weber State.

Another issue that Brown dared to tackle was campus accessibility. ASWSC held “Handicapped Awareness Day,” eight years before the Americans with Disabilities Act (ADA) passed. As The Signpost reported, “Students and administrators learned of the frustrations of the physically handicapped as they tried to maneuver (wheelchairs) around trees, buildings and people in order to gain access to the ramps.” Brown accidentally careened her wheelchair off the sidewalk, and her books tumbled to the ground. “There was no solution to it. I couldn’t pick them up myself because I was on a hill teetering on the edge of falling off,” she told the reporter.

Brown and the other student leaders also worked to defeat a proposal to sell donors tickets to the padded seats on the floor during basketball games in the newly completed Dee Events Center. She argued successfully that student fee money helped pay for the Dee, and students deserved to fill the best seats. She then made sure a large, loud crowd of students cheered in those seats at every basketball game. 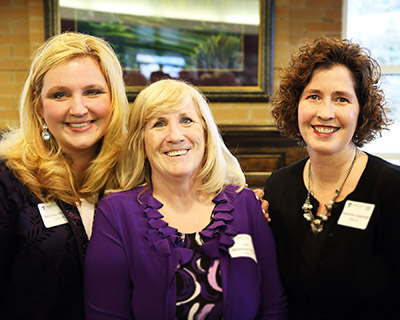 Her culminating achievement at the end of her presidency was a campaign to name the union building after J. Farrell Shepherd, who served as director of student activities and the union for 37 years. Brown said they gathered about “a million letters of support,” and took the proposal to the President's Council, Alumni Council and Board of Regents. It was unprecedented to name a building after a living Weber State staff member, but the passion was persuasive. Shepherd was honored with the building’s naming on his retirement. “It was a big deal. He didn’t know that we were doing this,” Brown said. “When it happened, he cried. It was so well deserved.”

The memories of all the events, programs and people are bound in hundreds of pages of scrapbooks that are now scanned and preserved in Archives. The books ended with her reign as student body president, but Brown’s experience at Weber State continued. She earned a Master of Education and has influenced thousands of young learners in northern Utah during her long career. “It’s the toughest job you’ll ever love,” she tells future teachers.

“I think anytime a woman takes a risk or branches out and makes progress, it benefits all women, and all people really,” Brown said.

To see the exhibit honoring Weber State’s first female student body president, visit Archives in the Stewart Library during the month of September.