Former NFL Player and WSU Alum to Speak at Commencement

OGDEN, Utah – Former NFL and Weber State University football star, Ta’u Pupu’a, who is now performing opera on stages around the world, will be the honored speaker during WSU’s virtual spring commencement exercise April 29 at 7 p.m. The presentation can be viewed at weber.edu/commencement.

Individual college graduation ceremonies, where each graduate will be recognized individually, will be held in person at Stewart Stadium on April 30 and May 1. For more information, visit weber.edu/commencement. 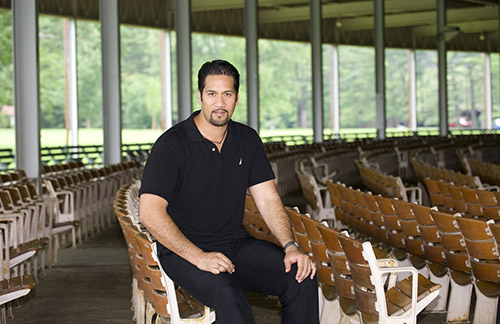 Pupu’a is a world renowned operatic tenor whose unconventional path to a prestigious singing career included a detour — courtesy of the NFL. He grew up in Utah after his family moved to Salt Lake City from the Kingdom of Tonga when he was 5. A football scholarship paved his way to attend Weber State University in the ’90s, where he planned to get his bachelor of music degree.

His musical education at WSU was interrupted when he was drafted to the National Football League in 1995 as a defensive end by Coach Bill Belichick of the Cleveland Browns, later spending time on the Baltimore Ravens. An unexpected injury early in his football career changed his life course, allowing him to follow his other passion: opera.

Pupu’a moved to New York to pursue his musical career. It was there he met his mentor, Kiri Te Kanawa, who helped him get an audition at the prestigious Juilliard School of Music. He was accepted on full scholarship and graduated from the Juilliard Opera Center in 2011.

During this time, Pupu’a also studied at the Georg Solti Bel Canto Academy in Italy under Kanawa. He was awarded an encouragement award by the Giulio Gari Foundation vocal competition and multiple study grants from the Olga Forrai Foundation.

Upon graduation, Pupu’a embarked on his musical career, appearing across the United States and internationally in both opera and concert. He made his professional opera debut with the San Francisco Opera in its 2011 world premier production of “Heart of a Soldier.”

He made his European debut in 2012 as Bacchus in “Ariadne auf Naxos” with Theater und Orchester Heidelberg in Germany. He later performed in Birmingham Opera’s acclaimed production of Tippett’s “The Ice Break,” as well as a world premier production of Giorgio Battistelli’s “CO2” at La Scala in Italy.

Pupu’a has also performed concerts in China for the Asia America Opera Association Festival as well as Strauss’ “Salome” for Hong Kong Opera, and played Bacchus in a concert version of “Ariadne auf Naxos” at the Danish Radio Concert Hall.

He now lives in New York, but has since held two masterclasses for WSU students, performing in the Val A. Browning Center for the Performing Arts and with Chamber Orchestra Ogden at Peery’s Egyptian Theatre.