OGDEN, Utah – Organizations create a positive public image by proclaiming their commitment to gender equity, but this often masks practices that hinder women’s advancement at work and in society, according to research from Weber State University’s Goddard School of Business & Economics. 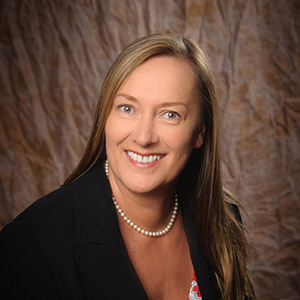 This process is called “genderwashing,” and it’s widespread, says Wendy Fox-Kirk, chair of business administration and marketing at Weber State. Together with colleagues Rita Gardiner and Haley Finn at Western University in Canada, and Jennifer Chisolm at Lakehead University, also in Canada, Fox-Kirk co-authored the peer-reviewed article “Genderwashing: The Myth of Equality,” published in Human Resource Development International in 2020.

“At the rhetorical level, organizations are talking about equality and how ‘We value women; we value diversity, and we can see that diversity is good for business,’” Fox-Kirk said. “But there's a big contradiction. When they go into these organizations, women and marginalized individuals experience the opposite. That’s the result of genderwashing.”

The paper’s major contribution is to offer a “theoretically grounded working definition” of the concept, providing other scholars a foundation to conduct further empirical studies. The authors describe genderwashing as “a particular organizational process that perpetuates the myth that an organization is practicing equity and fairness. Yet, in many cases, women and other marginalized individuals continue to see little or no advancement, in terms of gaining access to power and decision-making within their organizations.” This occurs through “organizational structure and cultural practices such as policies, procedures, and norms,” the article says.

“We think of the diversity policies and programs as being there to improve equality in organizations,” Fox-Kirk said. “What we're finding is evidence that they’re being used to perpetuate discrimination and oppression of marginalized groups.”

To illustrate the concept of genderwashing, the authors focus on organizations’ misuses of non-disclosure agreements. Though these agreements were originally developed to protect intellectual property rights, organizations began using them to suppress employees’ public reports of sexual assault and harassment, Fox-Kirk said. Rather than protecting women who experienced abuse at work, non-disclosure agreements protected the reputation of organizations, which has been the main priority of leaders and shareholders.

“There’s significant #MeToo evidence of this,” Fox-Kirk said, “Organizations were talking about how they were improving things for women while at the same time allowing continued violence and discrimination against them for years.”

Women’s History Month in March is a time when milestones in women’s equality are celebrated, from the 19th Amendment’s recognition of women’s right to vote in 1920 to women becoming the majority of the college-educated U.S. workforce in 2019.

In part, it’s this history of successes that sparked the research questions of Fox-Kirk and her co-authors.

“We’ve had so much movement in terms of policy changes and legislative changes, lots of push to get women into leadership positions and recognition of women’s value in the workplace, and yet the numbers are telling us something else — that equity is not happening in organizations,” Fox-Kirk said. “These numbers, combined with the misuse of non-disclosure agreements, got us thinking, “How does this happen?’”

Nationally, 21% of C-level executives are women, and the proportion is much smaller for women of color, a 2020 McKinsey and Company report found.

While these numbers indicate a problem, another statistic points toward genderwashing as a likely cause, Fox-Kirk said. Almost all companies (98%) have diversity programs, but only 25% of employees in diverse groups, including women, report benefiting from them, according to a 2019 report on diversity from Boston Consulting Group.

Fox-Kirk and her co-authors, who represent different disciplines, discovered their shared interest in these disconnects when they met at an academic conference, where they discussed their questions at length. They ultimately brought together different veins of research to further develop the concept of genderwashing. The term was coined in 2011 by political psychologist Martha Burk, but it did not enter wide usage at the time, something the article seeks to change, Fox-Kirk said.

The authors conclude the article with a call to action urging fellow scholars to devote more research to the subject, encouraging them to work on understanding how organizations engage in genderwashing and producing practical recommendations to help them avoid it.

“The majority of genderwashing is an unconscious process,” Fox-Kirk said. “The problem is that we think that inequality has been fixed in organizations, so anyone who raises concerns becomes further demonized.

“If we come from a position where we say, ‘You know, we haven't quite got it right. We still need to work on things,’ then we will make the effort, we'll listen to the lived experiences of marginalized people in organizations instead of believing the organizational rhetoric,” Fox-Kirk said. “However, if we treat the organizational rhetoric as if it's true, as if we've sorted everything, then we will stop looking for problems, and those problems will deepen."

While she researches women’s status in the aggregate, Fox-Kirk has witnessed the personal consequences of gender inequity much closer to home.

“It’s all about women changing themselves, when there’s nothing wrong with them,” Fox-Kirk said. “The problem is the systems and structures that treat them differently.”

Utah women also continue to face roadblocks hindering their advancement into leadership positions. In 2018, only 4.7% of chief executive officers in Utah were women, across companies of all sizes, compared to 28% nationally, according to a 2018 Research and Policy Brief by the Utah Women & Leadership Project.