Research at WSU Finds Vaping is Addictive and Potentially Dangerous

OGDEN, Utah – Vaping has received a great deal of public attention but little scientific research. Undergraduate students at Weber State University have conducted studies on mice and humans for three years, which have confirmed the addictive properties and 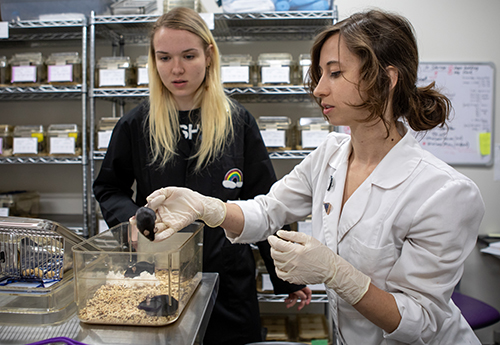 “Use of e-cigarettes is increasing, but we haven’t necessarily known why people are using them,” said Todd Hillhouse, Neuroscience program director and research advisor. “The goal of our research is to provide information about why people are vaping, what makes e-cigarettes so addictive and their overall impact on people’s health.”

Student research teams in the neuroscience program, which is housed in the College of Social & Behavioral Sciences, have completed two studies and submitted them for publication. Additional studies are ongoing.

The first study awaiting publication focused on understanding the addictive properties of vaping in mice. Students examined the behavior of mice when exposed to repeated daily e-cigarette vapor with or without nicotine. The results demonstrated that low-dose nicotine vapor inhalation indeed produced “abuse liability,” or indication the drug has addictive-like properties in animals.

WSU senior Sarah Honeycutt was the lead researcher. “When animals, including humans, are exposed to certain stimulant drugs like nicotine, they exhibit a greater reaction after several days, even with a consistent dose,” Honeycutt said. “We gave mice the same dose of nicotine every day for five days and by the final day, they displayed significantly more locomotor activity in response to nicotine than on day one.” 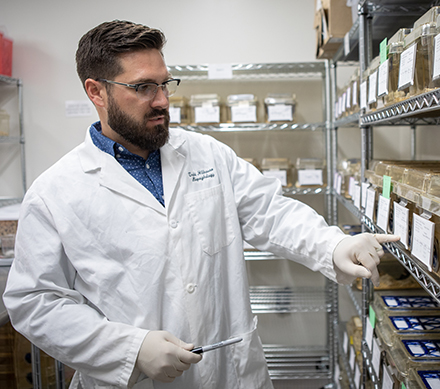 According to Hillhouse, locomotor activity is a measure of general movement or walking. This increased movement by the mice in response to nicotine is consistent with other stimulants, such as cocaine and amphetamine.

Theoretically, if an e-cigarette has little or no nicotine, it should produce little craving dependence or withdrawal effect. However, the research found that e-cigarette users had significantly higher nicotine withdrawal and craving scores compared to nonsmokers.

The researchers are now looking at whether the findings are a result of e-cigarettes not administering enough nicotine to satisfy a craving or because vaping cravings develop around environmental cues, such as ending a meal, or walking between classes.

“I am not going to say that vaping is safer than smoking; I’m not going to say that it is worse than smoking,” Hillhouse said. “However, I would say that you are going to be better off if you do not smoke in general. We still do not know what happens when you inhale the vape. It goes in as a vapor, but the problem is that it turns into a liquid when it hits a porous surface, which could damage your lungs. I would recommend not using it until more studies come out that help us better understand what inhaling vapor oil does to your body.” 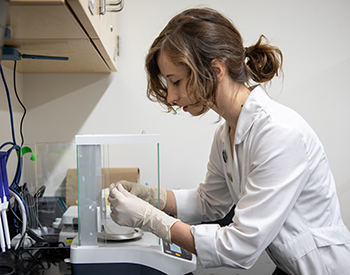 Additional studies are exploring the effects of e-cigarette puff duration and differences in gender on the animals’ reactions to vaping stimuli. For example, did the number of length of puffs vary when the vapor varied in nicotine? WSU senior Clarissa Marston is the lead researcher for one of several studies.

“ I have found differences in males and females,” Marston said. “Overall, they reacted similarly to vapor inhalation; however, females tend to have greater response to the physiological effects of nicotine. For example, females have a greater hypothermic effect, which means they experience a reduction in body temperature.”

The students are hopeful their work will create a foundation for future researchers to continue exploring the effects of vaping, as well as offer the public much-needed information.

“I hope the public can use the information to make informed decisions about what they're doing and what they're putting in their bodies,” Marston said. “I want people to be informed enough to be able to make a choice that’s best for them, especially younger kids and high school students because vaping has become extremely prevalent in those age groups.”