‘Black Klansman’ to Speak at WSU

OGDEN, Utah – Ron Stallworth, subject of the recent movie “BlacKkKlansman,” will share his story and experience as a law enforcement officer with the Ku Klux Klan, Feb. 5 at 10:30-11:45 a.m. and 6-7:15 p.m. in Weber State University’s Shepherd Union Wildcat Theater. 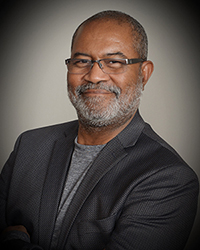 Stallworth is a retired law enforcement officer and author of the book, “Black Klansman: Race, Hate, and the Undercover Investigation of a Lifetime.” The book details Stallworth’s undercover investigation where he infiltrated a chapter of the KKK as a black police officer. The book inspired the movie “BlacKkKlansman,” which recently has received six Oscar nominations, including Best Picture.

Stallworth was the first black police officer with the Colorado Springs police department. He had to deal with issues of racism and bigotry from the community and within the department. One day, Stallworth noticed an ad in the paper about a new chapter of the KKK forming in Colorado Springs, Colorado. Wanting to get more information about the organization, Stallworth called the number, posing as a white man with racist sentiments. The call launched a seven-month investigation with Stallworth posing as a Klan member over the phone and sending a white officer in his place for face-to-face meetings.

Stallworth will be at Weber State to share his story and answer questions from the audience. 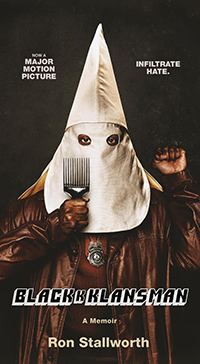 “I’m often asked why I decided to tell my story,” Stallworth said in an interview. “I tell my story to those who are interested. I don’t have a specific point. I simply talk about the differences between 40 years ago and today, and let it go from there.”

Stallworth’s law enforcement career spanned 30 years, beginning in Colorado Springs, and ending in Utah as an investigator for the Utah Department of Public Safety. He is known for his work on gang culture and activity, starting Utah’s first gang task force in the 1980s. Stallworth’s expertise in gangs began with his now-famous infiltration of the KKK.

Stallworth’s work transformed law enforcement’s understanding of bigotry and hatred. Stallworth also will discuss the transformation of how people see black community members and the legacy of racism in the United States.

“I have known Ron Stallworth for more than 30 years,” said Adrienne Andrews, WSU Chief Diversity Officer and Vice President for Diversity. “His story is incredibly powerful in helping us understand race and ethnicity in America and what is at stake when we stand divided.”

Stallworth’s visit is sponsored by the Office of the Vice President for Diversity, Student Involvement & Leadership and Black Scholars United. The presentations are free and open to the public.