OGDEN, Utah – Laws banning price gouging aim to prevent exorbitant prices and increase access to critical goods during states of emergency, but newly published research from Weber State University’s Goddard School of Business & Economics suggests that these laws likely cause shortages, undermining some of their own goals. 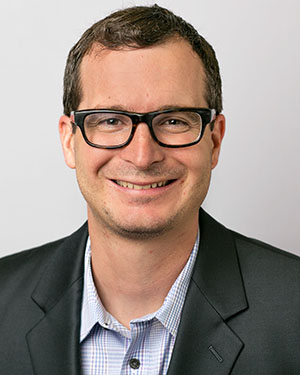 “We knew this would be a rare opportunity to look at the effects of laws banning price gouging because emergencies rarely happen in so many different places at the same time,” Roberts said. “Usually, a disaster would affect only one region, like a hurricane hitting Louisiana and Texas, but it’s difficult to assess the impact of price-gouging laws in that situation because both states have similar laws.”

In contrast, the COVID-19 pandemic led to shortages across the country of common consumer goods such as toilet paper and hand sanitizer, making it possible to compare shortages in states with and without laws banning price gouging, Roberts said. The majority of U.S. states have such laws, usually triggered by an official state of emergency, according to the National Conference of State Legislatures. This group includes Utah.

Roberts and Chakraborti used the number of Google searches for toilet paper and hand sanitizer as proxy measures for shortages of these critical goods, and they had plenty of data to work with. In its annual ranking of U.S. internet searches, Google Trends ranked toilet paper and hand sanitizer as the second and fifth most commonly searched terms coupled with the phrase “where to buy” in 2020.

The co-authors reason that a high number of searches for a product across a given geographic area represents a high likelihood of a shortage there.

“When there are shortages, people search more online for goods that are in high demand,” Roberts said. A state’s total number of internet searches for a product includes people who are searching for it for different reasons, like looking for lower prices in areas that aren’t experiencing shortages, Roberts said, but he and Chakraborti argue that the rates of these other searches would be similar across states regardless of a state’s price-gouging legislation, so any significant increases in online searches are most likely due to shortages.

The co-authors analyzed the number of online searches for toilet paper, hand sanitizer and lotion (a control variable), comparing the group of states that implemented bans on price gouging during the period from Feb. 15 to March 25 to the group of states that didn’t. In 2020, searches for “where to buy toilet paper” peaked nationwide and in Utah during the week of March 15-21, while interest in hand sanitizer peaked the week prior.

The study controlled for other variables that might influence the results, including population density, average household size, population, racial demographics, and rates of intra-state travel, as measured by cell phone data, since some consumers may search for products in person rather than online.

Their analysis found robust evidence that consumer searches for hand sanitizer were significantly higher in states with price-gouging laws and some evidence of the same trend in searches for toilet paper, showing a positive association between laws banning price gouging and shortages. This research adds support to other findings that price-gouging laws drive shortages, Roberts said. The article cites a petition launched in March 2020 that has been signed by more than 150 economists asking state legislatures to repeal these laws.

“If the prices of hand sanitizer and toilet paper were allowed to rise, then people would be less likely to hoard them,” Roberts said. “We always think about the businesses selling these products because they make a profit from price gouging, but we don't often realize that when you hold the price down, people will buy an aisle’s worth of toilet paper because it's super cheap.”

Purchase limits attempt to maintain broad access to critical goods while holding down prices, but they are a symptom of shortages more than a solution, Roberts said. They are often ineffective because it is difficult for stores to stop consumers from evading these limits by visiting multiple stores, re-entering a store, or dropping by the same store daily to buy the maximum amount of a limited product.

In areas without price-gouging laws, abnormally high prices are temporary because they incentivize buyers and sellers to behave in ways that resolve shortages while also lowering prices.

Knowing that prices will rise during times of emergency can also incentivize people to maintain their stores of critical goods, improving emergency preparedness, Roberts said.

As the pandemic continues, price gouging remains a high-profile issue. The Utah Legislature’s Business and Labor Interim Committee voted on June 15 to study the topic and consider updating the state’s price-gouging law during the current legislative session.

More research is needed to determine the best course for states to take in amending or eliminating laws that ban price gouging, but in Roberts’ view, the existing evidence against them is enough to merit reconsidering this type of legislation.