OGDEN, Utah – Bernard Augustine DeVoto was the first Utahn to win a Pulitzer Prize, but his accomplishments are mostly forgotten in Utah’s history. The Weber State Bernard DeVoto Commemoration Committee wants to change that and restore DeVoto’s reputation with a series of lectures and activities that highlight his works as a writer, historian, conservationist, journalist, cultural commentator and humorist.

DeVoto published 21 books and more than 800 articles, and in 1948 became the first Utahn to win a Pulitzer Prize for his work “Across the Wide Missouri,” which tells the story of the climax and decline of the Rocky Mountain fur trade in the 1830s. 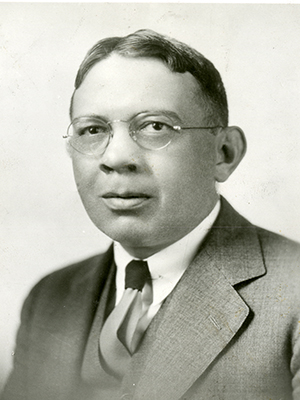 The commemoration committee, with members from the university and the community, have planned a year of events celebrating his legacy, beginning with a proclamation from Ogden City officially declaring Jan. 11, 2022 “Bernard Augustine DeVoto Day,” honoring the 125th anniversary of his birth in Ogden.

The first lecture will be held Jan. 24, at 7 p.m. as the Weber Historical Lecture Series welcomes three DeVoto scholars to pay tribute to the impact of his three decades of writing, teaching and conservation work. The presentation, which is free and open to the public, will be held in the Hurst Center Dumke Hall on WSU’s Ogden Campus. Participants are also welcome join virtually at this link.

“Bernard DeVoto is one of the most famous people from Ogden who no one knows about,” said Sarah Langsdon, head of WSU Special Collections. “The commemoration committee is looking to change that. We want to bring awareness of DeVoto to the community and highlight not only his writings but also his work in the area of conservation of public lands."

DeVoto was born in Ogden on Jan. 11, 1897. He was a precocious child who spent much of his childhood at the library near his home on Monroe Boulevard. DeVoto graduated from Ogden High School in 1914 and studied at the University of Utah before transferring to Harvard University. In 1920, he graduated from Harvard with academic honors and a degree in philosophy. 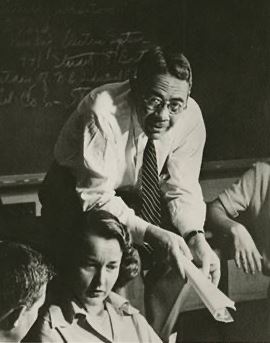 DeVoto then returned to Ogden and taught for two years at North Junior High, now Mound Fort Junior High, before accepting a teaching position at Northwestern University, where he worked for five years. Teaching, however, took up too much time for the ambitious young writer, so DeVoto and his new wife, Helen Avis MacVicar, moved to Boston where he began writing full time.

Several of his published works sought to protect the resources of the Rocky Mountains and America’s public lands. DeVoto was nationally recognized for his conservation efforts.

However, in his early writing career, DeVoto published various inflammatory pieces about Utah — criticizing both the people and culture he grew up with. The bitter reactions to those articles led a generation of Utahns to extinguish DeVoto from memory.

DeVoto tried to make amends with his home state later in life, admitting that his early articles about Utah were "ignorant, brash, prejudiced, malicious . . . and irresponsible." However, DeVoto passed away unexpectedly in 1955, at age 58, before he could fully make amends.

Throughout the year of events, the DeVoto Commemoration Committee will explore all aspects of his life and work and will paint a complete picture of the author who is part of the rich history of Ogden and Utah.

“DeVoto's legacy to Utah has enriched this state for decades,” Langsdon said. “His writings have forced readers to confront their past and present and to even laugh at themselves.”

For a schedule of commemoration events, visit this link

To read a full biography on Bernard DeVoto, visit this link