Named in Time Magazine’s 100 Most Influential People of 2020 for his work as a historian and leading antiracist scholar, Ibram Xolani Kendi will present to a Weber State University audience via Zoom, Jan. 13 from 6-7:30 p.m. Advanced registration is required at this link. You can submit questions at this link until Jan. 12. 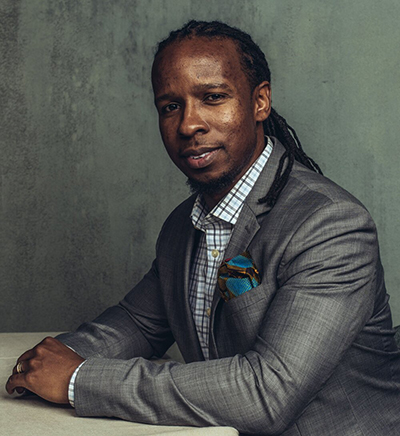 Kendi will share his message that “being an antiracist requires persistent self-awareness, constant self-criticism and regular self-examination.”

Weber State University President Brad Mortensen will conduct a conversation-style interview with Kendi, whose speech is hosted by the Office of the President in honor of Martin Luther King Jr. Day.

“I have had the fortune of hearing Dr. Kendi speak at national conferences and know the message he has to share is one that will benefit our entire community,” she said. “As we seek to live our values of equity, diversity and inclusion at WSU, Dr. Kendi will help us to discover ways we can individually and collectively act as antiracists — moving from words to actions.”

Kendi is the author of “Stamped from the Beginning: The Definitive History of Racist Ideas in America,” which won the National Book Award for Nonfiction, and “The Black Campus Movement,” which won the W.E.B. Du Bois Book Prize. He is also the author of the No. 1 New York Times bestseller, “How to Be an Antiracist.” His next co-edited book, “Four Hundred Souls: A Community History of African America, 1619-2019, will be released Feb. 2.

Kendi is the Andrew W. Mellon Professor in the Humanities at Boston University, and the founding director of the BU Center for Antiracist Research. His research questions the reality of a post-racial society and presents the reality of racism in America today.

Kendi is a contributing writer at The Atlantic and a CBS News correspondent. He has also published numerous essays in periodicals, including The New York Times, The Washington Post, Time and The Huffington Post.

In speaking about his Time magazine honor, Kendi told a writer at Boston University, “I’m focused on using any influence I may have to challenge racism, to eliminate racial inequity and injustice, to build an antiracist world. This is the calling of my life.”