OGDEN, Utah – As the first female chemistry professor in Weber State University’s College of Science, Helen James Lundak left a lasting legacy in Ogden – both as a master teacher and her generous service to building the university’s future.

Lundak taught chemistry for 29 years at Weber State, chaired the Department of Chemistry for six years, and was the first acting female Dean of Science in 1987-88. She was also extremely active on committees in all areas of campus, including the athletic board, throughout her time at the university.

Chemistry professor Ed Walker, a former student of Lundak’s, said she’s “one of the great women of Weber State over the years.” 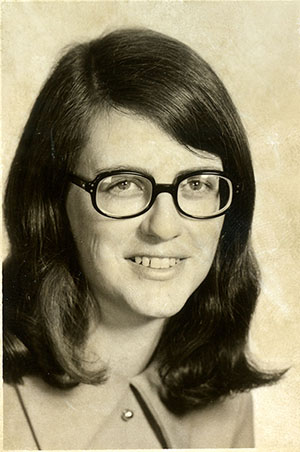 “She was a great example of being a wonderful professor and scientist – not just while she was here but after she retired as well,” Walker said.

Weber State University is honoring Lundak as part of the “Women of Weber” exhibit, which focuses on extraordinary women whose service, accomplishments, careers and philanthropy have enriched lives and educational experiences at the university. Each month throughout the academic year, the photos and stories of trailblazing women are on display outside Archives on the first floor of the Stewart Library.

Lundak was born in Nebraska City, Nebraska, to a father who worked as a farmer and attorney, and a mother who’d studied as a chemist and teacher, but was unable to pursue her career due to the Great Depression. After graduating high school, Lundak went on to study at the University of Nebraska in Lincoln, where she earned both her bachelor’s degree in chemistry and a Ph.D. in analytical chemistry. She spent a year at the University of Arizona as a postdoctoral research associate before she began applying for jobs.

“By this time, I had definitely decided that I wanted to teach and that I preferred an institution where teaching was the primary emphasis and research would be a second,” she said during a 2007 Weber State Stewart Library oral history project interview.

In 1971, she spotted an advertisement for a position at Weber State College and applied. She was the leading candidate for the position and hopped a plane to Salt Lake City for the in-person interview.

“I was very nervous, but as soon as I was on campus, I thought it was a great place with wonderful people to work with,” she said. “I never regretted saying yes.”

And with that, Lundak became the first female chemistry professor in the College of Science – a position that would give her significant responsibilities and influence over Weber State’s future.

When she first started teaching, one of Lundak’s goals was to be able to walk into a classroom and, by the end of semester, call each student by name.

“It was pretty easy when I first started, because most of my class had probably 50-60 students in them,” she said. “But those last few years at Weber, I had classes that quite often had 120 students, so it got harder to call everybody by name. But I think I achieved it every single time.”

Lundak’s personalized approach to teaching left an impression on her students – including Walker, who became a chemistry major after taking her introduction to chemistry class.

“She taught us so many neat things, in a way we could understand,” Walker said. He also admired her willingness to help students, recalling one time when he and several other students called her for help during a study session. “She said, ‘Why don’t you just come on over?’ So we went to her house and sat around her kitchen table while she helped us with our assignments and answered all of our questions. We thought it was really neat to have access to such a smart woman. She was really on the ball.” 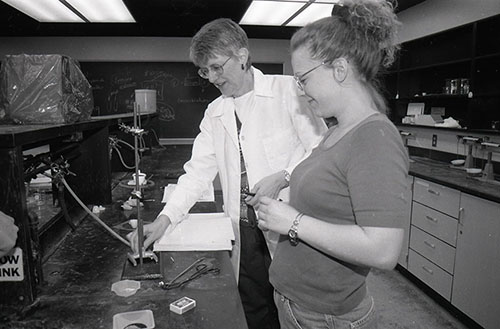 That access continued when Walker later returned to Weber State as a faculty member and would visit Lundak for advice in the classroom and laboratory. Her commitment to helping students understand chemistry influenced his own teaching style.

“Students need help. They need someone they can talk to about chemistry,” he said. “It was a great model for any professor to see how she'd share her time like that. She was just a master at helping students progress.”

While Lundak was the first and only female faculty member in her department for several years, she said she faced only a few instances of outright sexism from colleagues and students who questioned her authority. One time, she recalled a student approaching her on the first day of classes after she had introduced herself and explained the course to a class and asking if she really was the instructor.

“I said, ‘Well, yes.’ And it was kind of like, ‘A woman doesn’t teach science.’ Well, this one did,” she said. “I learned something. It sounds kind of little, but it made a big difference. After that, on my syllabi, I always wrote my name as Dr. Helen James.”

Every committee on campus

Because she was one of the few women in the science department, Lundak was also recruited to be on almost “every committee there was at that time.” Her first committee looked at the student evaluation process, a topic she’d revisit on yet another committee 20 years later.

“I became known as the person, I hope, who not only represented my area of campus, but tried to do things that represented the entire campus,” she said.

Some of those appointments included at least two strategic planning committees; a handful of provost, dean, and president searches; the steering committee to change the college to a university; and the athletic board.

Lundak credits the secretaries in the College of Science for helping her stay organized and on top of her committees. The secretary group, informally called the Wonderful World of Women in Science, went out to lunch once a month and often invited Lundak.

“I would go to the secretaries in the College of Science and say, ‘Can you do this for me?’” she said. “I thought the Wonderful World of Women in Science was great because I got a lot done through it.” 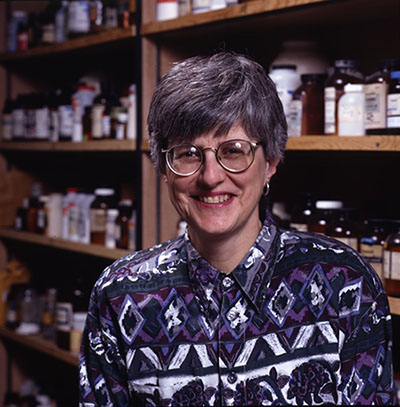 Lundak retired from Weber State in 2000. She moved back to her hometown of Nebraska City and married her husband Joel Lundak in 2002. Joel also taught in higher education as a professor of psychology at Peru State College. In April 2011, she and Joel were given an Arbor Day Honoree award for their work to beautify the Arbor Lodge State Historical Park.

Lundak said she’s happy to be close to friends and family in Nebraska City, and that Weber State was a great place to be during her 29 years of teaching.

“I feel very honored to be recognized for my contributions,” she said recently. “Weber State has been very important in my life. I loved teaching and my interactions with students. I was glad to serve on committees and in administrative assignments. I continue to ‘bleed purple.’”

Several of Lundak’s former students went on to become faculty members at Weber State, including Walker.

“Helen was always busy providing service to the campus,” Walker said. “She did it all with aplomb and was extremely organized. Her example of being a marvelous teacher while providing service to many areas on campus was a really good legacy to leave behind for any professor to emulate.”

Weber State University is proud to honor Helen James Lundak as part of “Women of Weber,” which was an outgrowth of a collaboration with Weber State Archives, Special Collections and the Museums at Union Station called “Beyond Suffrage: A Century of Northern Utah Women Making History.” The project was a commemoration of the 100th anniversary of women’s right to vote in 2020. Although the pandemic put a hold on the celebration, it did not dampen the enthusiasm to share the stories of outstanding women who changed lives.