When Nick Call BA ’13, a Weber County native, sought a master’s degree in social work to become a mental health care provider, he had to move to Salt Lake City to attend the University of Utah. Now owner and executive clinical director of Tree of Life Counseling Center in North Ogden and Tree of Life Children’s Center in Farr West, Call says he would have stayed closer to home while pursuing his master’s degree if he had that option. 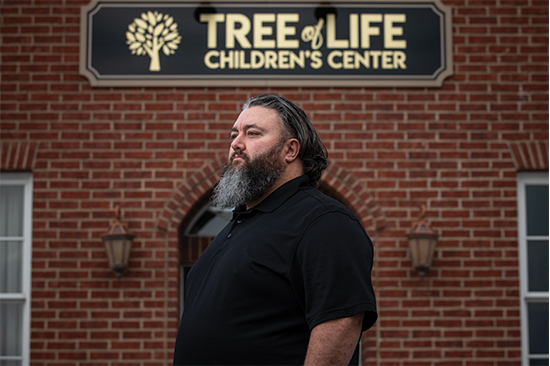 “It would have been a game changer for me,” Call said. “The first four or five years of my career were spent in Salt Lake because that’s where I got my education. If I could have gone to school here in Ogden, the first years of my career would have most definitely been spent here, serving the community in the best way I know: helping reduce the stigma of accessing mental health care.”

Call stayed in the Salt Lake area because his program maintained close relationships with local organizations, funneling graduates into open positions nearby, he said. This is exactly how Weber State plans to collaborate with community partners when the university graduates the first class of its newly launched Master of Social Work program, said Mark Bigler, Department of Social Work & Gerontology chair. The program accepted applications in December for its inaugural class, which will enter the program in fall 2021.

Public and private providers of mental health care and substance abuse treatment in northern Utah are struggling to fill positions that require a Master of Social Work degree due to national and local shortages of professionals in the field, said Kevin Eastman, executive director of Weber Human Services. In 2016, the Utah Medical Education Council published a report projecting that the state would need to more than double its mental health care workforce by 2030, prompting urgent community discussion of the need for a local program, Bigler said.

Weber State’s new graduate program will help surrounding counties meet this need, Bigler said, since the program will likely attract people like Call, who want to stay in the area after graduating.