We see them as professors, department chairs, directors and media experts, but for the talented employees of Weber State University, it doesn’t end there. Outside the classroom, they are artists, athletes, musicians, woodworkers and more. Here’s a look into the little-known pastimes of nine WSU faculty and staff. 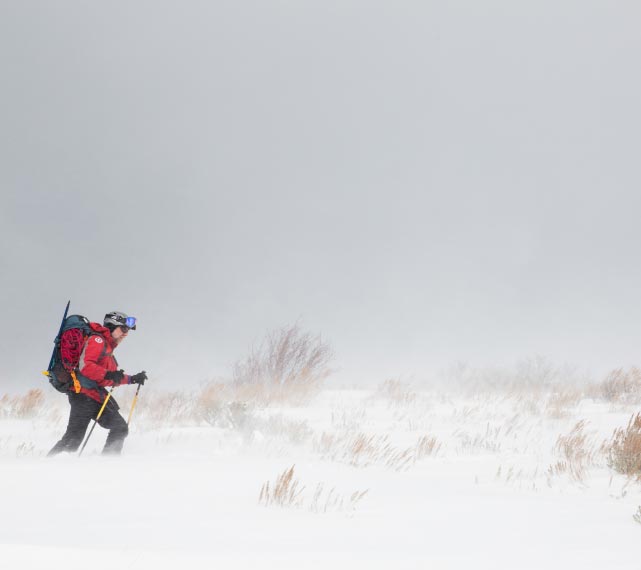 John has volunteered for Weber County Search and Rescue for 26 years and still recalls the emotion of his first rescue.

Terrified as night fell, a young boy who disappeared from home into Taylor Canyon hid in a small cave. Luckily, John heard him crying. Shortly after, the boy was safe in his mother’s arms. “That hooked me,” John says.

Today, John is on call 24/7, leading teams to rescue or retrieve those who are lost or trapped in Weber County’s wilderness areas. He participates in 10 to 15 rescues per year and is occasionally called in to help in neighboring counties.

John says volunteers are always needed but have to be highly skilled in outdoor activities. “You’re going to push your capabilities to the limits.” 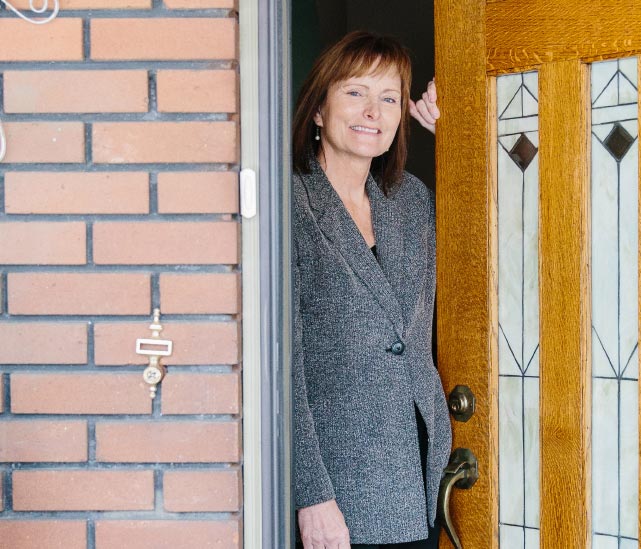 Stephanie Bossenberger AS ’78, BS ’81, professor and chair of the Department of Dental Hygiene

The W is one of Stephanie’s many stained-glass works, which she began creating after taking classes on the art 20 years ago. Her designs also include snowflakes and patterns she created to fit her home’s front door.

She cuts and grinds her glass, before applying copper foil and soldering pieces together, in a workshop she set up in her garage.

“I was always interested in stained glass,” says Stephanie, who also spends time capturing photos of others’ stained-glass artwork. “It’s something I feel like I can grow older with.”

Kirk Hagen BS ’77, professor and chair of the Department of Engineering

Kirk learned woodworking from his father, Darius, who inherited his carpentry skills from his father as well. Since the late 1970s, Kirk has built on this legacy with his own detailed and intricate furniture pieces.

Kirk’s work includes tables, hutches and the grandfather clock in his living room. “That was my summer project,” he says.

His workshop reveals hand tools and power tools, a workbench he built and the door he installed that once led to former Weber State President William P. Miller’s office. “It’s nice to have a piece of Weber State history in my house,” he says.

While Kirk doesn’t sell his furniture, it’s still very valuable to him. “It gives me a sense of accomplishment when something’s done,” he says. 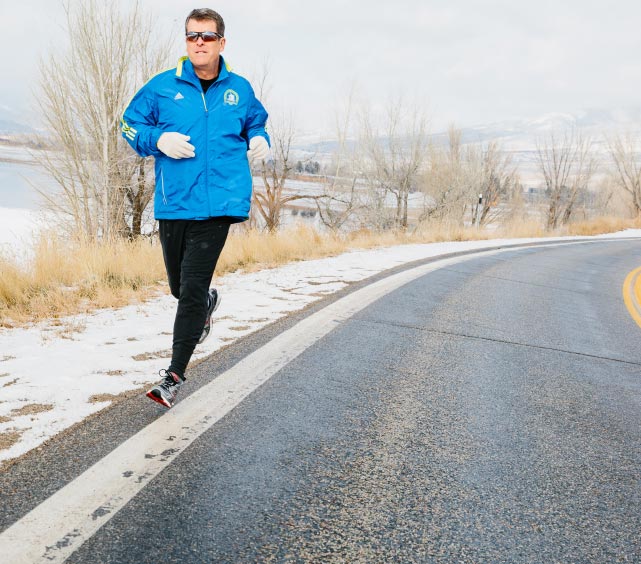 David Malone, professor and chair of the School of Accounting & Taxation

It’s a snowy morning at Pineview Reservoir, and David inhales the crisp, fresh air. The scenery is breathtaking and is one of the reasons he runs. “That field is sometimes filled with sandhill cranes,” he points out, “and there’s a dog down this way that usually greets me.”

David ran his first marathon in 2003 and has since run races in 45 of the 50 United States (with only Maine, Connecticut, New York, Rhode Island and Nebraska to go) and on four of seven continents, including North America, South America, Europe and Antarctica.

“Running, for me, is about the goal,” he says. “There’s something about crossing that finish line, and crossing beautiful locations off my list.” 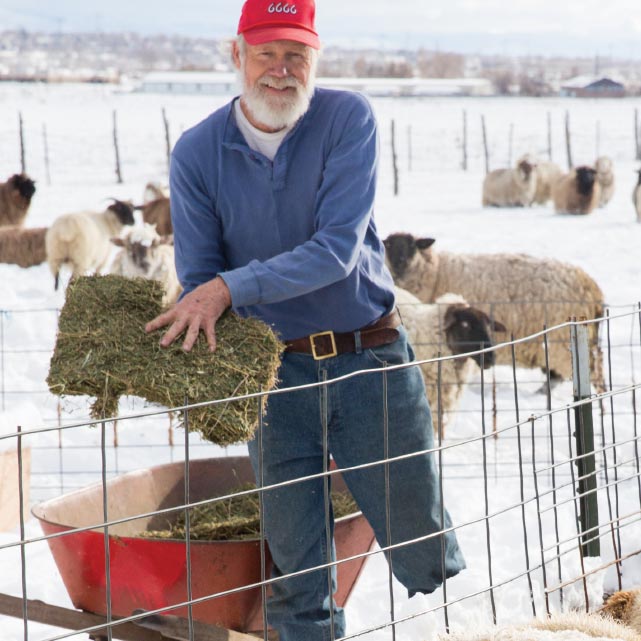 Bob and his wife, Jenny, became experts in raising sheep more than 30 years ago, caring for a herd just outside of Ogden that had previously reached over 100 head.

The couple met while working at Weber State, Bob in instructional development and Jenny in film and equipment. Currently, they care for about 65 sheep on 10 acres they lease and 10 acres they own. Sheep are sheared for wool; lambs are raised for meat.

Retired after 40-plus years at WSU, Bob admits his high-tech job was the “extreme opposite” of raising sheep. While he does use electric-powered shears, Bob also uses old-fashioned scissor-type shears for public demonstrations at local events.

“The sheep are just like family,” Bob says. “You get to know them and their characteristics.” 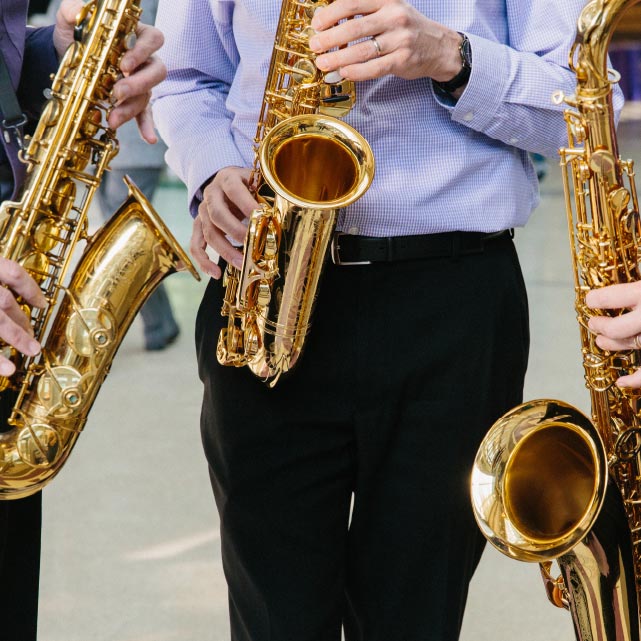 When asked for the name of their trio, Jennifer laughs and says, “Well, officially, it’s the WSU Faculty Saxophone Trio, but we should really be called the WSU Non-Music Faculty Trio because none of us teach in the music department.”

The trio formed a little over a year ago after Bob discovered that Jennifer and Craig were saxophonists. “I remember calling and asking if they wanted to get together and practice,” he says. The answer was an enthusiastic yes. The trio made its professional debut in November 2015, playing The Star-Spangled Banner before a Weber State women’s basketball game.

Despite their busy faculty schedules, they carve out time for music. “It’s a wonderful outlet. We love it, so we make time for it,” Jennifer says. Craig adds, “It’s like exercise in a way. It’s hard to find time to do it, but you know it’s good for you, so you just do.”

A storyteller, Tara uses the ancient Hawaiian art of hula to weave beautiful tales of nature, mythology, love, children, religion, celebrations and history. “It’s an art that expresses Hawaiian culture,” she says. “Every detail of a hula dancer’s movement — the placement of her feet, the angle of her hands — is part of telling a story and telling it accurately.”

Tara was born and raised in Hawaii. She left the Aloha State 13 years ago to attend Weber State.

It challenged me constantly. Just like every craft, I wanted to do my best, so I practiced, refined and grew.”