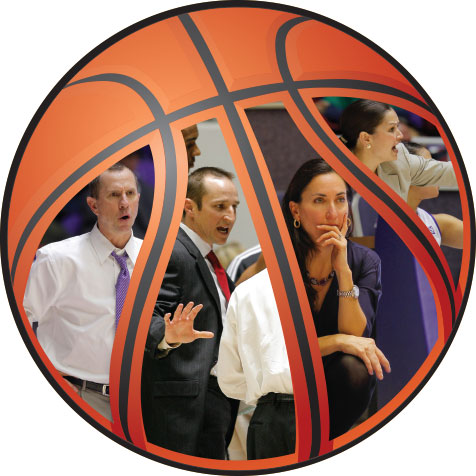 Time flies when you’re having fun. And for four of Weber’s basketball coaches, the years have done exactly that.

Rahe and Duft have made a significant mark on the men’s program, which was reeling from two consecutive losing seasons when they took the reins in 2006. Nine years, five Big Sky Conference titles and eight postseason tournament appearances later, the Wildcats are perennial contenders for the top spot in the conference.

“It’s been terrific,” said Rahe, who has won Big Sky Coach of the Year honors a league-record four times. “It’s gone by very fast, but I’ve been blessed to have a great staff and wonderful players every year. Weber State and the community are part of our family now.”

In every season since Ord and Newman joined Weber in 2011, the Wildcats have won more games than they did the previous year.

“It’s been amazing,” Ord said. “The community here, and the people in it, both on campus and off campus have been so wonderful. You feel part of something so special.”