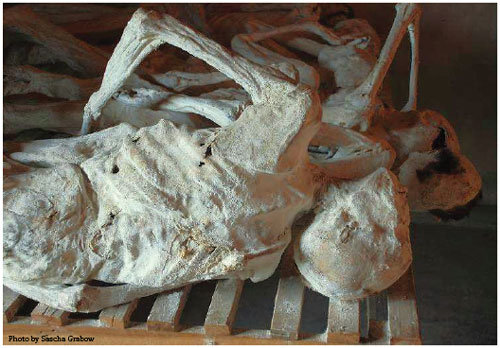 The victims’ bodies are preserved with powdered lye and appear as they did when the killers attacked. Scores of chalk-white corpses in grotesque repose on slatted benches. Some are still clothed, mouths gaped in terror, rosary beads entangled in twisted, bony fingers. Row after row of hacked limbs and bashed skulls. A sickening, silent testament of Rwanda’s grisly, 100-day Tutsi genocide.

Weber State University senior Joshua Redhair will never forget the shocking images on display at the Murambi Genocide Memorial Centre in the Nyamagabe district of southern Rwanda. He toured the site during a 27-day study-abroad program in the summer of 2015, and says once was enough. “At this memorial, you experience the horror in a way that a film or a book can never prepare you for,” says Redhair. “You see a mom holding a baby and a little kid’s shoe covered in blood. And you see how these people died. You see their faces and the machete marks and bullet holes in their skulls.”

Twenty-two years ago, before it housed the haunting vestiges of pathological hatred, the Murambi Genocide Memorial Centre was the half-built campus of a technical school perched atop a verdant slope. During Rwanda’s April rains of 1994, throngs of doomed ethnic Tutsis fled their homes and sought refuge inside the structure, hoping to escape the organized carnage that was erupting throughout the “land of a thousand hills.” Of the 50,000 to 65,000 people who entered the school, only a few emerged alive.

It’s hard to imagine why Redhair had any desire to study there. He points out “No amount of reading or study compares with being in the streets where a genocide actually happened, and speaking face to face with survivors and perpetrators.

Rwanda is a tiny, mountainous, African nation landlocked by the Democratic Republic of the Congo, Uganda, Tanzania and Burundi. Original inhabitants were a Pygmy people who now comprise only 1 percent of the population. Over time, two other peoples emerged — the Hutu and Tutsi. They spoke the same language, ate the same foods, practiced the same religion, shared cultural characteristics and intermarried. “There was no blood difference,” Redhair explains. “The division was occupational.” Most Rwandan kings hailed from the same elite Tutsi clan, and a caste system elevated Tutsi status. But it also allowed for social mobility, and in most instances, ordinary Hutu and Tutsi citizens accepted their positions in life and enjoyed a mutually beneficial exchange of labor.

Rwanda’s social harmony was shattered after World War I, when a League of Nations mandate placed Rwanda and its southern neighbor, Burundi, under Belgian administration.

The most divisive legacy of Belgian colonialism in Rwanda and Burundi was an obsession with ethnic classification. Under the misguided notion that Tutsis were racially superior to Hutus, Belgian administrators introduced a national ethnic identification policy. In 1935, people who owned 10 or more cows were registered as Batutsi; those with fewer were registered as Bahutu. “Think of the yellow armbands Jews were forced to wear in Nazi Germany,” says Redhair, who blames the ID cards for driving a racial wedge between Tutsis and Hutus.

In the 1950s, when Rwanda’s independence seemed inevitable, Belgian authorities switched gears. They introduced pro-Hutu socio-economic reforms and changed the electoral process to secret ballot, which gave a huge political advantage to the majority Hutu population. The Tutsi monarch was ousted in 1961, and a year later, Rwanda was declared a republic with a representative government dominated by Hutus. What followed were decades of hostility, government corruption, ethnic purging and civil war.

Against this volatile backdrop, a plane carrying Rwanda’s Hutu president was shot down over the Rwandan capital of Kigali on April 6, 1994. There were no survivors. Although it was never determined who fired the deadly missile, within hours of the crash, the Presidential Guard, along with members of the Rwandan armed forces and militant groups, like the Interahamwe, had set into motion the systematic slaughter of Tutsis and moderate Hutus. Hell reigned in Rwanda for the next 100 days with a controversial lack of international intervention.

Armed with government-issued AK-47s and other weapons, the Interahamwe established roadblocks and implemented kill lists. Radio stations aired incendiary messages calling for the extermination of “Tutsi cockroaches.” Civilians were handed machetes and told to kill their neighbors or be killed. Hundreds of AIDS patients were released from hospitals and formed into rape squads. Hutu extremists targeted Tutsi men and women for sexual mutilation.

By the time Rwandan Patriotic Front rebels, mostly sons of Tutsi refugees who had fled earlier ethnic purges, stormed Kigali in early July and drove the genocidal Hutu regime into exile, as many as 1 million lives had been taken. 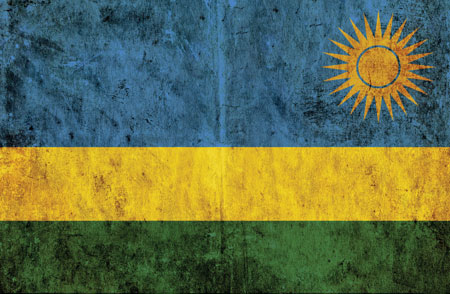 Given Rwanda’s notorious history, it’s hard to imagine why Redhair had any desire to study there, let alone entertain the possibility of living there permanently one day. “But most of us who went are interested in genocide and careers in international politics,” he points out. “And no amount of reading or study compares with being in the streets where a genocide actually happened, and speaking face to face with survivors and perpetrators.”

Redhair, who graduates in the spring of 2016 with a bachelor’s degree in political science, says when he learned that his professor and mentor, Stephanie Wolfe, escorts a group of students to Rwanda every summer to participate in a program called the Peace-Building Institute (PBI), his wanderlust (he had lived in four states and attended 12 different schools by the time he graduated from high school) and spirit of adventure (he had never traveled outside the U.S.) kicked in. “My mouth started watering,” he recalls. “I just knew I needed to go there.”

Redhair’s infectious enthusiasm during his time in Rwanda caught the attention of the executive director of Never Again Rwanda (NAR), a national organization that teaches people from different backgrounds how to work together toward a sustainable peace. Redhair was offered a summer internship with NAR, which he will complete this year. He will then head to Brussels, Belgium to begin a graduate program at The University of Kent’s Brussels School of International Studies in the fall.

Redhair’s passion for Rwanda is not grounded in the country’s infamous past, but rather, its potential for a peaceful and prosperous future. The country has maintained political stability for more than two decades and is making remarkable economic strides, but emotional wounds still run deep within Rwandan society. Orphans, whose parents were butchered, are mired in poverty. Rape victims are raising children conceived in violence, and the ostracized children of Hutu génocidaires are paying for the sins of their fathers. Recovery will take time. “It’s what happens after a genocide that’s most important,” says Redhair.

In the wake of Hutu atrocities, there was an urgent need to hold instigators accountable. The United Nations Security Council established the International Criminal Tribunal for Rwanda (ICTR) in 1995 to prosecute genocide masterminds, but the legal process was prolonged and pricey. Confronted with a bankrupt economy, bulging prisons and the knowledge that hundreds of thousands of perpetrators needed to be brought to justice, the Rwandan government sidestepped legal formalities and implemented a swifter system of citizen-based justice known as the Gacaca court system. Trusted, community-appointed judges presided over open trials and frequently dispensed shorter prison terms to defendants who admitted their crimes, expressed remorse and sought forgiveness from their victims’ families. Public discussions and confessions shed light on previously obscure details of the genocide and brought a sense of closure to people who learned more about their murdered relatives’ final moments.

Redhair maintains that Gacaca justice ushered in a level of community healing that seems almost too good to be true. He describes an unforgettable encounter at a voluntary reconciliation village. “What that means is the government brought genocide survivors and people who committed the genocide together to live in the same neighborhood,” Redhair explains. “There was a lady who stood up during a meeting, pointed to a man sitting a couple of rows behind her and announced, ‘That man killed my husband and my children.’ She talked about how she came to forgive him, how he now helps her work in her fields and brings her dinner.” It was a pivotal moment that sealed Redhair’s commitment to guiding former enemies into a peaceful coexistence.

If You Give a Student an Opportunity 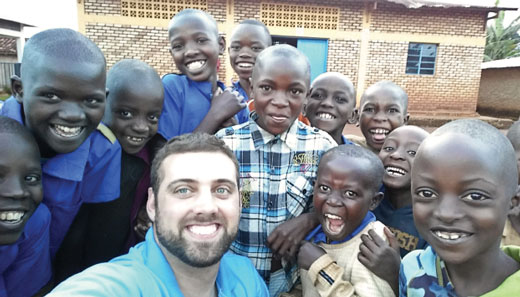 Redhair “cried like a baby” when he had to leave Rwanda. His experiences there broadened his sense of service, added a real-world dimension to his university education and altered his career path. He no longer wants to be president of the United States (although in fourth grade, he memorized all of America’s past chief executives “just for fun”). He’s now determined to work internationally for a nongovernment, peace-building organization because he learned, firsthand, that one person really can make a difference at the grassroots level of a developing nation.

Wherever Redhair’s next journey takes him, he’ll bring along an enduring gratitude for the university that opened the doors of opportunity, and the study-abroad scholarship that helped make it possible for him to walk through. “College is not what I thought college was going to be … in a good way,” Redhair grins. “My family always says, ‘There’s not another college that would have been as good to you.’”