Amy Crosbie, associate athletic director and senior woman administrator, and Gene Sessions, professor of history, are the recipients of the 2016 H. Aldous Dixon Awards. Named in memory of the former Weber College president, the awards have been presented annually since 1970 to honor faculty and staff who have demonstrated careers of excellence and have gone beyond the call of duty to support students. Dixon served as president of Weber College from 1919 to 1920 and again from 1937 to 1953. 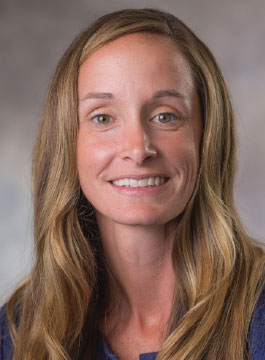 For associate athletic director Amy Crosbie MPC ’14, watching a Weber State student-athlete read a Dr. Seuss book to a first-grader, teach a child with special needs how to shoot hoops, or collect a can of food for the local shelter is just as thrilling as watching that same student-athlete score a touchdown, spike a volleyball, or hit a hole-in-one.

Crosbie is on a crusade to make community service an extension of a student-athlete’s higher education. “Student-athletes are faced with an inordinate amount of pressure to be successful,” Crosbie said. “They are measured by their performances on the field or court. Participating in community service helps them recognize that there is more to college life than sports competition. They truly begin to bloom and feel connected to a purpose beyond their own.”

Over the past five years, Crosbie has coordinated student-athlete service projects that have collected 5,771 school-supply items for needy youngsters, 758 pairs of shoes for low-income families, 1,000 pounds of canned goods for campus and community food pantries, and 500 pounds of travel-size toiletries for local shelters.

Being a former collegiate volleyball player gives Crosbie special insights and compassion, especially when counseling student-athletes who have made poor choices. “In these moments, I support them, work to understand their backgrounds, and identify teaching moments where I can help them grow, mature and learn from their mistakes,” she said.

Crosbie is WSU Athletics’ senior woman administrator, the highest-ranking female within the department. As such she is heavily involved int he decision-making process and is an advocate for female athletes and administrators. 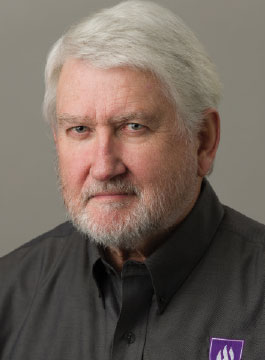 One colleague calls Gene Sessions a “walking, talking, public service announcement for Weber State.” Others claim he coined the school’s signature catchphrase “bleed purple.” Most would agree that identifying another member of the Weber State family who has touched more lives than Sessions would be nearly impossible. For 41 years, Sessions has nourished thousands of students with perfectly seasoned (spicy when necessary) servings of historical fact and anecdote.

Sessions has also strived to keep a WSU education affordable. “Other than to educate them with excellence, my main goals with students are to ease their hassles and to save them money,” Sessions said. In 2011, mostly due to the rising price of the texts he required for his History 1700 course, Sessions found the same or comparable articles on legal websites, and put the entire course, minus classroom activities, online.

Sessions’ reliance on the Internet has also inspired others on campus to embrace groundbreaking educational technology. In the fall of 2014, Sessions teamed with microbiology professor Craig Oberg BS '79 to develop and present Weber State's first Massive Open Online Course (MOOC), titled Microbes Rule the World: Effects of Disease on History.

Widely respected for his knowledge of Utah and Mormon history, Sessions has authored books and published numerous scholarly articles. He is one of only a handful of faculty to have received the university’s two most prestigious awards — the Brady Presidential Distinguished Professor designation in 2006 and the John S. Hinckley Fellow Award in 1991.

Above all, Sessions, an Ogden native and Weber State alumnus, encourages WSU students to enjoy attending Weber State. “I think our most important responsibility is to make them proud that they are attending the very best undergraduate institution in the state, hands down,” he said.