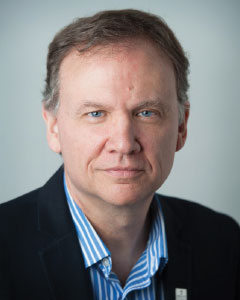 On July 1, 2016, Scott Sprenger officially became the dean of Weber State University’s Telitha E. Lindquist College of Arts & Humanities. Sprenger came to WSU from the America University of Paris, where he was provost. He also previously served as associate dean of Brigham Young University’s College of Humanities.
“I am thrilled to return to Utah as dean of one of the most progressive arts and humanities programs in the West,” Sprenger said.
Sprenger succeeds Madonne Miner, who served as dean of the Lindquist College for eight years before accepting the position of Weber State University provost.