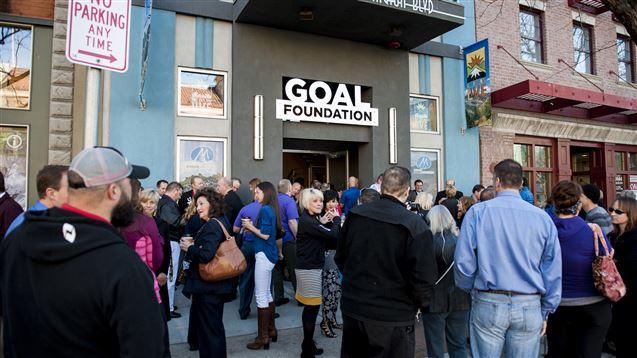 A crowd gathers outside of the GOAL Foundations new headquarters to watch the ribbon cutting and to see the new facilities, located in the heart of downtown Ogden on Washington Boulevard on March 26, 2015. The new location will help the foundation to be more efficient, provide better staging areas for their events, and give employees and volunteers places to hold multiple meetings simultaneously.

OGDEN – The GOAL foundation’s goal of “Get Out and Live” now has a bigger presence in the Ogden area.

The non-profit organization officially opened its new digs on Washington Boulevard in the heart of downtown Ogden Thursday morning.

The GOAL Foundation is often recognized for its 15-year sponsorship of the Zion’s Bank Ogden Marathon, but also has several other programs that are growing by leaps and bounds, so the extra space is needed. 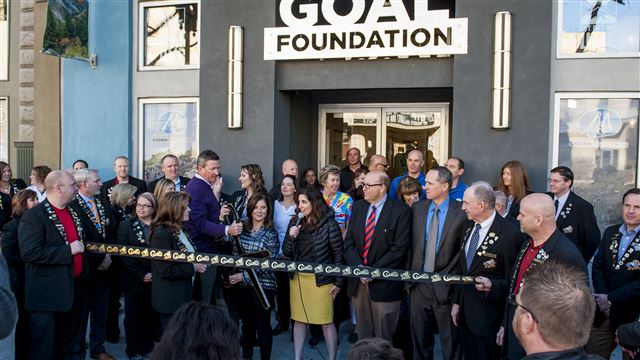 It is much larger than its previous space on the second floor of the Key Bank building where it has been since 2003.

“When we saw this space we fell in love and we really wanted to stay in the heart of Ogden,” said Mikelle Barberi Weil, GOAL Board President.

A business entrepreneur had renovated the space and the second floor had been used as a residential loft. GOAL purchased the space in 2013 and unofficially moved there in December 2014.

It allows groups like Junior League and Weber Pathways to use some of the space for meetings.

“There are so many opportunities for collaboration in our community and our hope is that we can continue to partner with many of these groups,” Barberi Weil said.

“We want the community to know that we are more than just a marathon,” Barberi Weil said.

New initiatives such as the Young Runners and the Shoe Give Back program are growing at a large rate, so much so that the Foundation has hired a full-time Outreach Coordinator to run those programs.

Barberi Weil said GOAL has grown much from its humble beginnings of a five-person board that was born soon after the 2002 Winter Olympics. “I think the founders saw the volunteer spirit with the Olympics and wanted to continue that in our community and so many have responded,” she said.

Now there are five paid staff members, a 15-member board of directors and more than 3,400 volunteers yearly.

Included in the new building are large storage spaces to be able to prepare more efficiently for the marathon, which boasts up to 10,000 racers each spring. Stacks of water jugs line some of the back walls and a freight elevator makes transporting the materials throughout the building easier.

“This is the perfect space. We feel so lucky to have found it and to be here,” Barberi Weil said.

Noreen Wynn is a GOAL board member and she loves the new building. “It will help us to be really efficient,” she said.

Wynn got involved with GOAL when she started as a volunteer five years ago. “I think this will be a place where our volunteers feel welcome,” she said.

In the last year, GOAL has brought on five new races with the Striders Winter Race Circuit, as well as expanded the young runners program and increased their summer youth programs, Barberi Weil said.

Another new program, the Shoe Give Back program provides proper running shoes for youth who are getting into running, including runners on high school cross-country and track teams. So far, 172 shoes have been given to kids in the program.

In one of the main rooms of the new facility, large color photos of students from James Madison and Odyssey Elementary School hang on the wall. People can walk in, donate $25 and put a photo on their wall to signify that they now have running shoes.

Barberi Weil became emotional as she talked about the students she had recently met participating with the program. “It is such a special thing to see for these kids,” she said.

“We have the largest athletic event in Northern Utah and it’s special and important to have a storefront on Washington Boulevard,” Scothern said. “We want people to know that we can sponsor high end recreation events coming to our town.”

Scothern said the presence in Ogden’s downtown will bring more awareness to everyone.

For more information on GOAL or to volunteer go to www.getoutandlive.org. 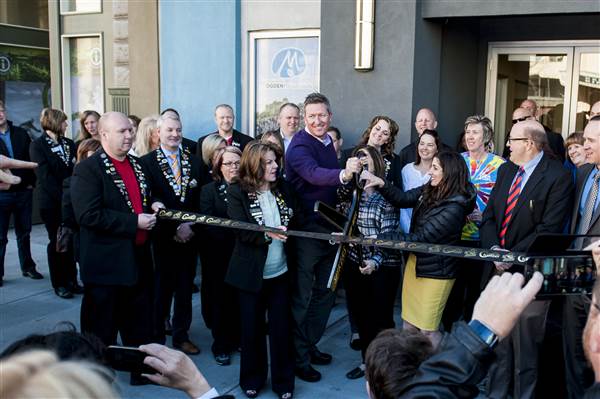 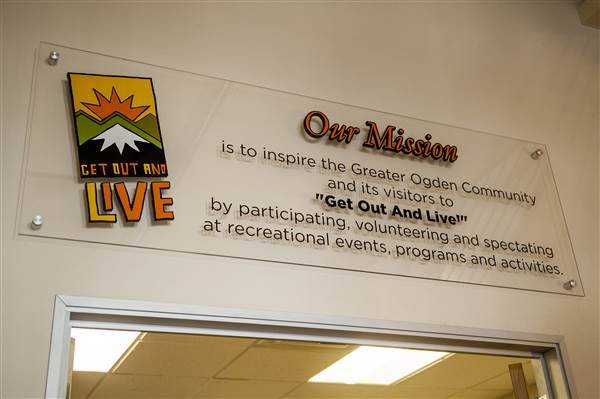 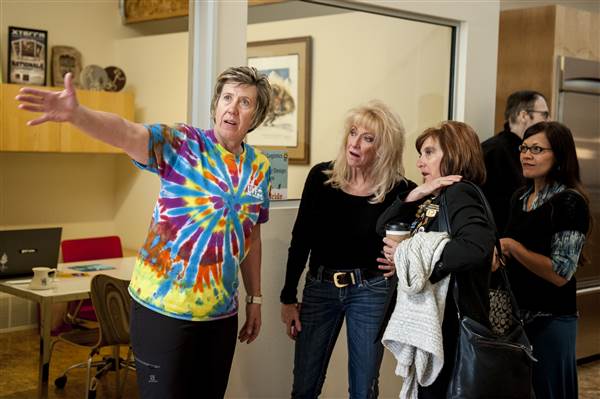 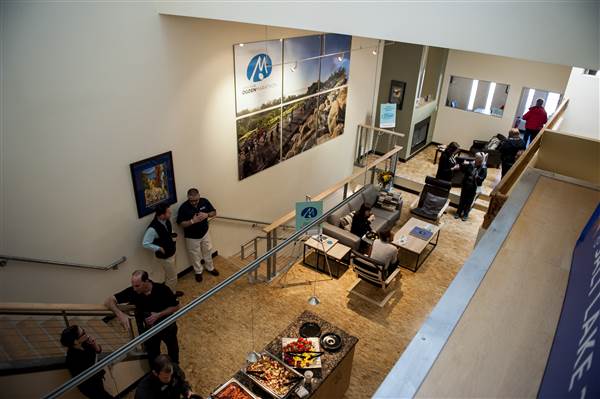