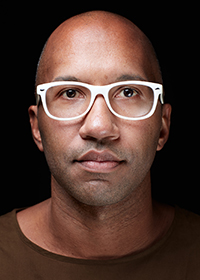 Performer, choreographer, and education, Joseph "Jo" Blake earned his M.F.A. from the University of Washington (2017) and BFA from the University of Utah (2003). As a member of the Ririe-Woodbury Dance Company (2003-2013), he taught and performed internationally dancing in works by such artists as Alwin Nikolais, Doug Varcone, Wayne McGregor, Carolyn Carlson, Bill T. Jones, Susan Marshall, Charlotte-Boye-Christensen, along with many other influence dance makers. His interest in education theory, community-based engagement, and social justice have led him to work with community outreach projects such as Yoga Behind Bars and Mark Morris's Dance for Parkinson's Disease. From 2017-2018, Blake spent eight months on UW Bonderman Travel Fellowship.

He is the director of joBdance, a conceptual site-specific multidisciplinary dance company. The company's premiere (dis)connect 2019, with an evening-length duet that included live-feed interfact and multi-screen video projectsions. The performance received favorable reviews in Seattle.

Blake is thrilled to be joining the Weber State University Department of Performing Arts. Previously, he was an adjunct professor/part-time lecturer at Utah Valley University, University of Washington and Western Washington University.