If We Want Women in Leadership, We Must Fix the Culture, Not the Women! 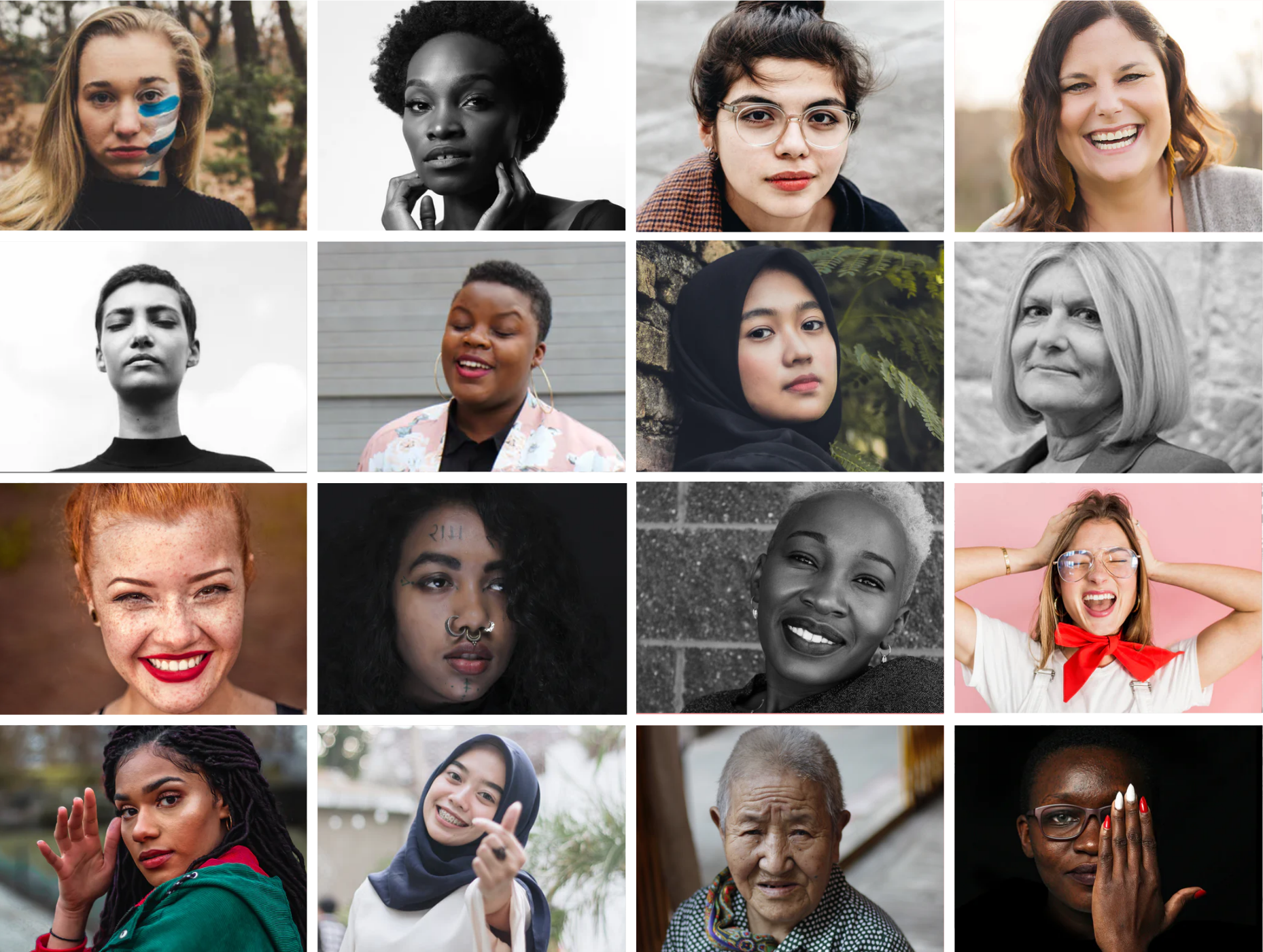 by Wendy Fox-Kirk, chair of the Department of Business Administration & Marketing, assistant professor of business administration

I was disappointed to see the results of recent research on diversity at the top of organizations.  Despite years of work by researchers and Human Resource practitioners, women and people of color are still under represented in positions of power in organizations.  In 2018, still, nearly seven out of 10 C-suite leaders are men.  One in five is a woman, and only one in 25 is a woman of color.  Although most organizations have diversity policies and programs, they are just not working. The image below speaks volumes, although 98% of companies have gender diversity programs, only 25% of employees from diverse groups say that they have benefited from these (2019).

WHAT IS GOING WRONG:

As a woman who has been the breadwinner for the family for over thirty years, I have seen changes in the workplace. When I was first at college training to be a secretary, part of the training included telling me to wear dresses or skirts, and to keep my hair tidy.  I was even told that I must make sure to paint my nails!  The trainer told me that part of my job would be to remember important family dates for my boss, such as his wedding anniversary and family birthdates.  I should also expect to buy suitable gifts for him to give to his family!  When I asked if this would be expected if my boss was female, I was told to not be so stupid.  We would like to think that things have improved, and they have, but not by much.  In a very recent women’s leadership in-house training for Ernst & Young (2019), similar, old fashioned and sexist advice was given.  Consistently, the focus is on changing women rather than improving the workplace.  This is known as the ‘Fix the women’ approach, and it has failed!  It has failed because women don’t need to be ‘fixed’.  We are highly educated, have great people skills, and can take the lead if we are allowed.  What needs fixing is our organizations.

In the twenty-first century, it is worrying that those who have power and control over our organizations, commercial and government are still predominantly white males.  This is a problem because it is not representative of the population and hence, many viewpoints and voices are excluded from crucial discussions and decision-making processes.  Not only does this state of affairs result in bias in our organizations, but it also does not make good sense in terms of organizational success.  High diversity means higher profitability and value creation.  Mckinsey & Co. (2018) found that if you have high diversity in your senior leadership teams you are 21% more likely to outperform your competitors.  According to BCG (2019), there is a 53% return on equity in Fortune 500 companies with at least three female directors and innovation is up by 19% at companies with above-average diversity in their leadership teams. So, not only is it the right thing to do, but it also makes good business sense!  So why have we not seen any significant change in the last twenty years?

This driving theory arose from the failure of the moving cohort theory (MCT).  What we expected to see was that as more women entered the workforce, there would be more women in the pipeline for leadership positions.  In turn, we expected equal numbers of women at all levels of the organization.  As we examine the historical shift of women in the workforce from 1970 onwards we observe the following trends.

There is roughly an equal proportion of men and women in the workforce overall (Mckinsey & Co. and Leanin.org, 2018).  This looks like success, however, when we look at the state of the pipeline, it is a dismal picture. As you look at the entry level, gender ratios are fair.  As you go up the organization there are fewer and fewer women.  When this trend was first observed, the assumption was that women didn’t have the skills or educational level, or that they needed more managerial or board experience.  This is the ‘fix the women’ theory.

The idea is that women are lacking.  Amongst the general public, and in many organizations this is the dominant idea or explanation for why there is a lack of women at the top. However, the research says something very different.  What is actually happening is a bias against women and other under-represented groups due to the ‘normal’ way we do things in the organization.   In fact, what we see is that women are often more educated than the men who get promoted above them.  It is true that women are less likely than men to apply for power positions, and that when they do, they feel the need to be perfect first, fully ready.  This factor is not simply a ‘fix the women’ issue, however, people get their ideas of suitability for a role from their culture, through socialization processes.

BIAS IN HIRING AND PROMOTION:

In recent years researchers like me who work in Critical Management, have shifted the focus away from fixing women.  We now look at what actually happens in organizations. We ask, what happens during recruitment, hiring, appraisal, and promotion? What has been found is that there is a gender bias (and color bias) at every stage of the HR process.  For example, experiments where the exact same resume is presented to managers with the only difference being names on either male or female or black or white find that the white and male candidates are rated higher and are considered to be the best candidates.  Remember, the information on these resumes is exactly the same.  This can be accounted for by a process known as affinity bias, where we have a preference for candidates who are similar to us.  If the people doing the hiring are white and male then they are more likely to prefer white male candidates.

Another cause is benevolent sexism.  Research which recorded discussions by hiring committees as they made their decisions for senior positions in universities, showed different types of discussions for male and female candidates.  One example was a comparison between two preferred candidates one male, one female.  The committee was struggling to identify who was the best candidate.  The discussion about the female focused on her ability to manage her family responsibilities and the travel, late nights, etc. required of the job.  This was not discussed for the male candidate (who also had children).  The underlying assumption is that women are still mainly responsible for the family.  Further, with benevolent sexism, the decision is taken out of the woman’s hands.  She is denied her agency in this case, or at least her agency is constrained by the benevolent intentions of the hiring committee (Van den Brink & Benschop, 2011). The extent to which organizations allow women to express our agency and be our authentic selves is a good indicator of whether the organization has an inclusive culture (Fox-Kirk, 2017).

Finally, Tomas Chamorro-Premuzic in his Harvard Business Review complains about the constant promotion of incompetent white men (2013 & 2019).  He says that we need to change the culture of the workplace, but it is not easy.  The reason will not surprise you, people in power benefit from the status quo, and change will lead to a loss of this power.  Humans are well known for having a strong sense of loss aversion.  Once you give us something we don’t want to give it up! My research supports this. It highlights that current leadership selection processes are driven by the notion of the ‘ideal leader’ as male and white.  Men are seen as more agentic whilst women are seen as more communal (see below). This results in men being considered through the lens of ‘leadership potential’ (even when they lack the necessary education and skills), whereas, women are evaluated by the past achievements.  Add to this the fact that women are less likely to be given high visibility projects or have senior sponsors, then we can see how difficult it is for them to gather evidence of their leadership skills.

If we genuinely want fair and more effective workplaces for all, then we need to change our organizations.  This is a much tougher challenge than putting on diversity training.  It requires that we address the real causes which are that those in power do not relish giving it up even when the bottom line business benefits are proven.  It means that we need to harness the power of social media to create transparency and expose acts of bias, whether gender, color, ability or sexuality related.  We have seen considerable changes in organizations as a response to #MeToo.  The spotlight on gender bias in industries such as film and media (Harvey Weinstein), transport (Uber) and new technology (Google and Facebook) has created a new impetus for change.  The potential for shame, loss of reputation, and the loss of customers are key drivers for a move toward more fair organizations.  As a researcher in this field this is an important message for me.  If I want to move the needle for women in leadership, then I need to focus my research on what creates change.  Sadly, this is not the collection of yet more evidence of unfairness, but rather what mechanisms shift those in power to make the changes we want. 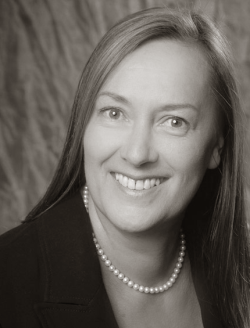 Wendy Fox-Kirk joined Weber State University in January 2013 and currently serves as an assistant professor of business administration in the Goddard School of Business & Economics. She is WSU’s ElevateHer coordinator and is a founding member of the Weber Women’s Leadership Network and E³, a Women’s Leadership Institute affiliate. She is a consulting editor for the Journal of Education for Business and also serves as a board member on Utah's Higher Education Network, and ILA's Women's Leadership Affinity Group.

At WSU, she teaches management courses with a focus on leadership and people development.

Fox-Kirk’s research interests include leadership, ethical organizations and leadership identity. Her work aims to address issues of disadvantage with a particular focus on women’s careers and the gendered organization. She also worked for a number of years in commercial social research and management consultancy supporting the public service and not-for-profit sectors in innovative service delivery and organizational development.

She holds professional certification in psychometric testing (accredited by the British Psychological Society) and is a member of the Academy of Management and the Society for Human Resource Management.