How to Become a Supply Chain Rock Star 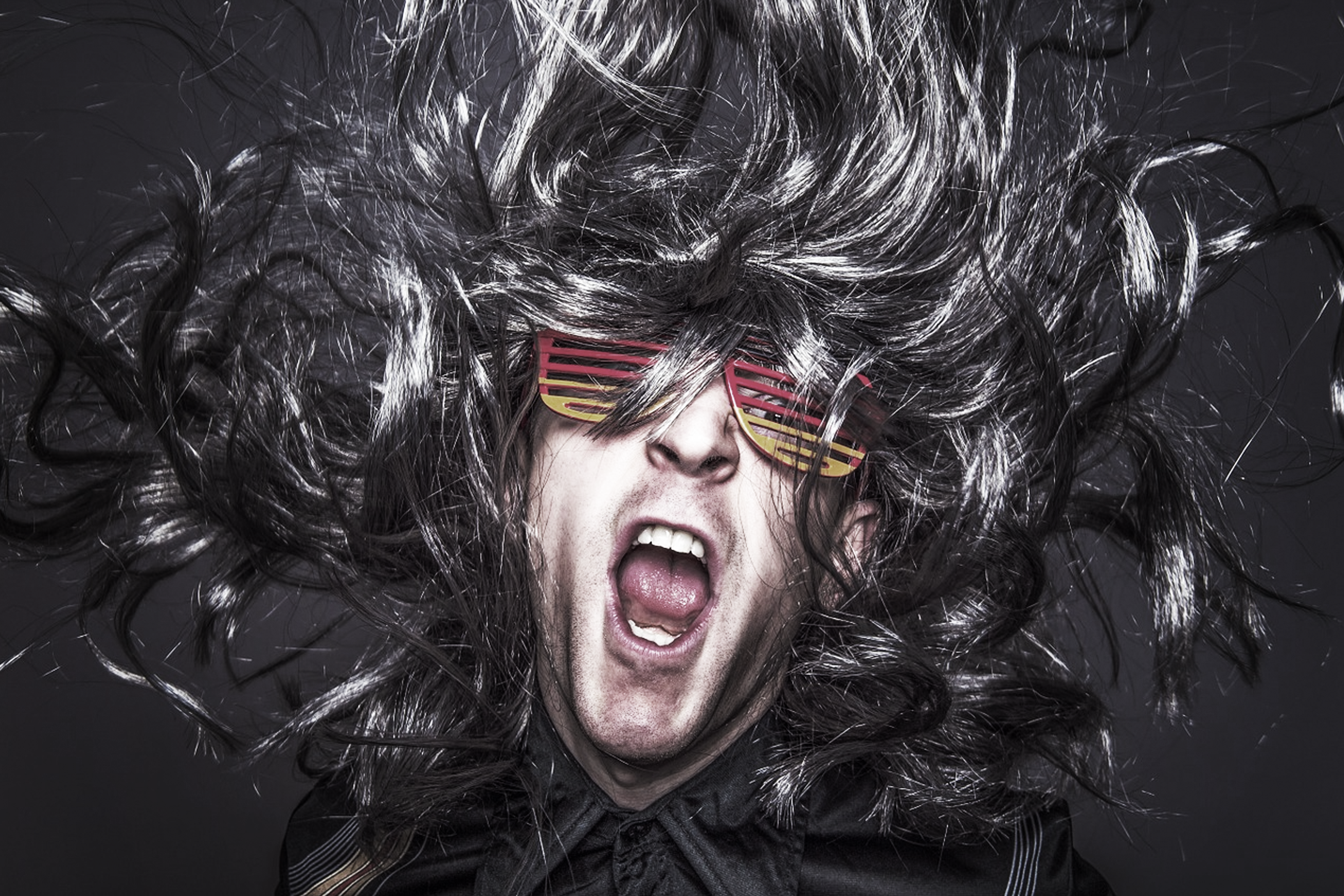 Think back to the first rock show you ever attended. Do you remember how you felt as the lights went out? For a moment you stood motionless in the dark, anticipating. Then the stage lights kicked on and the band emerged. The crowd roared as the first guitar chords screamed through the speaker stacks. The show was under way.

Did you imagine—if only for a moment—you were on the stage, singing lead or jamming on the guitar? No matter our age, we derive our highest sense of self-worth from achieving our creative, intellectual and social potential. Standing in the shadows backstage isn’t a substitute for being in the spotlight.

A TALE OF THE DRUMMER

The workings of the human brain—including the hormone-induced need for time in the spotlight—are fascinating. Even so, you may be wondering, “As a supply chain professional, what can I learn from youthful rock-and-roll fantasies?” Answer: Supply chain managers too often feel they are stuck in the shadows. Feeling taken for granted, they seek the spotlight. They forget concertgoers dance to the drums, not the vocals. Based on our 20-plus years working with supply chain leaders, we have learned that just as drummers deliver the dependable beat that is the heart of every hit song, SCM delivers the value of every core competency.

A close look at their contributions highlight five behaviors supply chain professionals can embrace to earn their place on the stage—and in the spotlight. These five behaviors comprise the cycle of credibility (see Figure 1).

Figure 1: The Cycle of Credibility 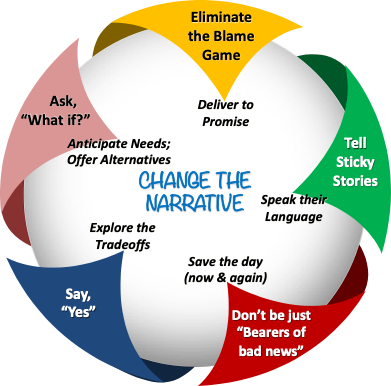 During a rock concert, a stage isn’t just crowded; it's chaotic. The band has one purpose: to rock the house. Tons of equipment must be properly set up to kick out the fog, put on a light show, and, yes, crank out the volume. Creating the right vibe requires turning out the stadium lights. On stage, it’s dark—and it’s loud. Communication is hard. Despite the daunting task, the band delivers a well-rehearsed, but still spontaneous, show. Here are two of the steps in the Cycle of Credibility that will get your work noticed and appreciated.

Great rock bands are master storytellers. When a song connects; however, it’s not just timely, it’s timeless. The lyrics and the sounds don’t just catch the ear; they stir the soul. Their songs are “sticky” meaning that not only are they emotional and unexpected, but that they are also concrete and credible.

Intel, a Gartner supply chain exemplar, has long relied on stories to create magic. Think back to 1989. Intel had launched its 386 chip, but it wasn’t selling. The big box makers—e.g., Compaq and IBM—didn’t feel a need to upgrade from Intel’s 286 chip. Andy Grove, a master storyteller, decided to tell consumers directly about the 386. The Red X campaign was released. Ads depicted a 286 crossed out by a spray-painted graffiti X. The message struck a chord. Almost overnight, consumers responded, and the 386 became a smash hit. A simple story had enabled Intel to co-opt power in the PC supply chain. You may have never heard of Intel’s Red X campaign, but you certainly recognize its successor: Intel Inside, which is often accompanied by Intel’s five-note bong (D flat, D flat, G flat, D flat, A flat).

Regrettably, supply chain managers aren’t known for their “sticky” stories. They create neither energy nor magic as they dwell on costs and capacity. They don’t understand that their audience longs to hear a different story. Being tone deaf, they fail to connect. The executives we spoke with reiterated this point—that “we simply don’t connect”—and identified a supply chain priority: “CFOs and other members of the C-suite aren’t going to learn to speak supply chain. It’s on supply chain to learn to speak their language.” Songwriter Dave Grohl offers a hint here, “Don’t bore us, get to the chorus.” To the C-suite, that means get to the profit and loss impact. Craft your conversations with a common refrain from Intel in mind: “If you don’t have the numbers, it’s just your opinion.” Beat the drums on how each decision, each investment, and each risk will impact revenue growth, profits, and continuity. And don’t forget, the C-suite wants to hear it in 3:05 (the magic length of radio hit singles).

In 2015, Dave Grohl and the Foo Fighters received an unconventional request. One thousand rockers had gathered in Cesena, a small Italian city of 97,000, to record a music video of the Foo Fighter’s song, Learn to Fly. At the end of the video, Fabio Affagnini, the event organizer, shared his dream that the Foo Fighters would give a concert in Cesena. The video went viral. Friends called Dave and asked, “Have you seen . . .” How would you respond to Fabio’s request? The band tweeted, “Ci vediamo a presto, Cesena” (See you soon, Cesena). Later that year, the Foo Fighters played a 27-song set in Cesena.

Top executives everywhere use a never-published metric we call the “we-can-do-that” metric. The metric works like this. Colleagues request your support for their ideas and projects. You may feel that a request is situated somewhere between highly inconvenient and impossible. But thought leaders we spoke with warned that using negative responses too often tarnishes your reputation. The result: Supply chain can easily be viewed as a bottleneck—a place where managers obsess about costs and won’t take risks. Our thought leaders argued that supply chain needs to learn the art of the possible, saying, “Yes” with a twist. Here are their recommended responses.

To better grasp the power of saying, “yes” with a twist, let’s take a quick look at how two rivals in the airframe industry handled the supply chain challenges of a major product launch.

Saying, “yes” with a twist doesn’t just enhance performance, it elevates reputations—and it is a behavior that can help supply chain learn to fly.

Like all cycles, the Cycle of Credibility takes you back to performing to promise. The cycle is about more than just getting onto the stage and stepping into the spotlight—the neurochemically induced fantasies of adolescence. The Cycle of Credibility shows you how to mature your competence, so you can do something incredibly cool while you share the spotlight. You just need to trust the process, take confidence in your progress, and remember what Dave said about being a drummer: “Everyone thinks you’re dumb. What they don’t realize is, if it weren’t for you, their band would suck.”

Note: If you want to know the rest of the story, see the full version coming out in Supply Chain Management Review in March, 2019