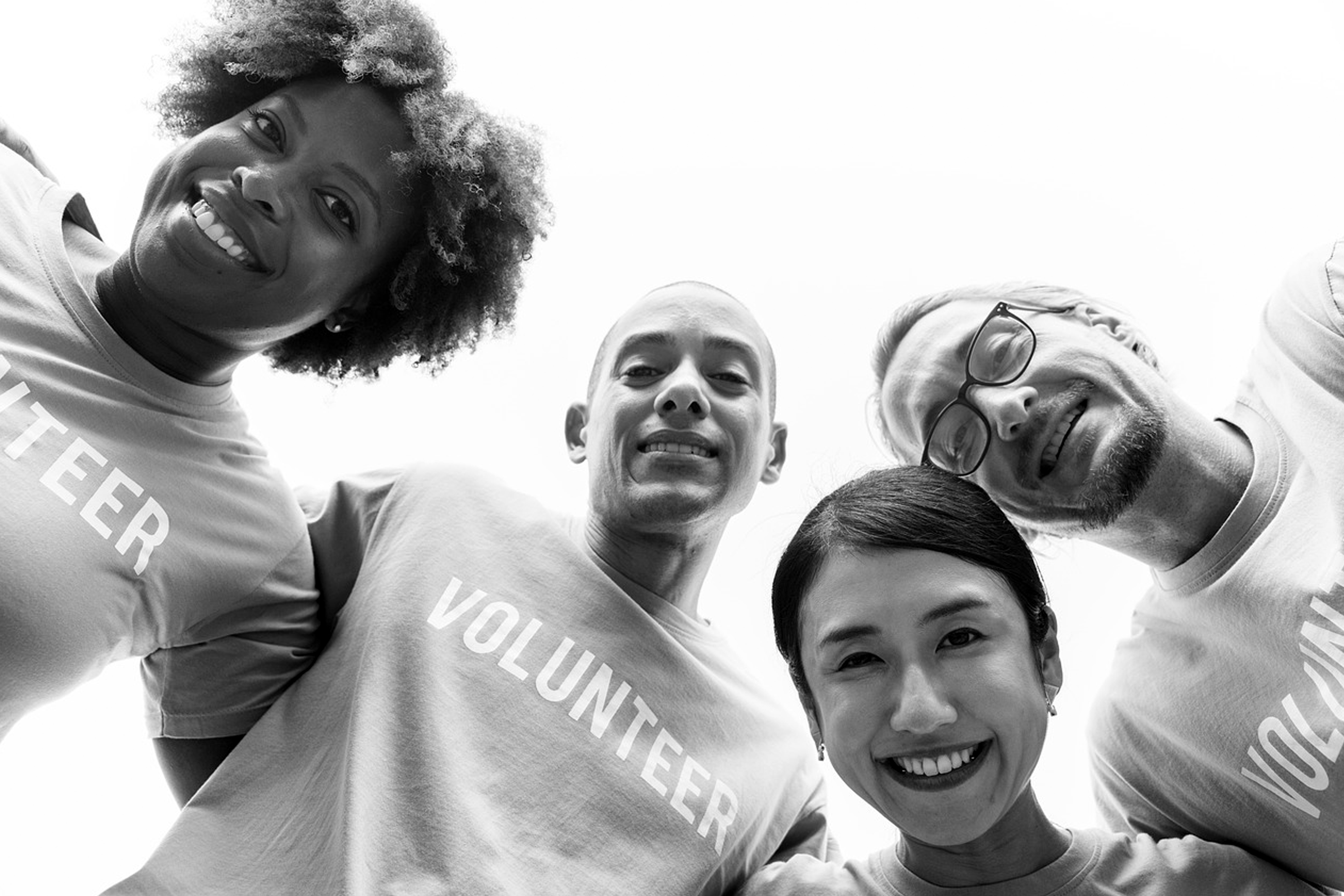 “I admit this plan sounds idiotic and impossible. Imagine Macy’s Santa Claus sending customers to Gimbels. Ho ho. But, gentlemen, you cannot argue with success. . . We will be known as the helpful store . . . the friendly store, the store with a heart . . . the store that places public service ahead of profits. And subsequently, we’ll make more profits than ever before.” Mr. Macy from the movie, Miracle on 34th Street, 1947.

One of the most important economic innovations of the last hundred years, especially one that has greatly affected the creation of wealth, has been the evolution of the corporate form of business organization. In many countries, the corporation is seen as a major creator of the wealth that can be used to fight poverty and improve the quality of life of citizens. In addition, the corporation is also seen as the engine for the many technological innovations that can improve productivity and significantly promote economic growth and development. Nevertheless, in some societies and countries, the corporation is regarded, not as a genuine tool for the eradication of poverty, but as an exploiter of communities for the benefit of corporate management and shareholders. Instead of being viewed as a creator of jobs for members of society and a contributor to the improvement in the welfare of the members of the communities in which these firms operate, they are seen as exploiters, violators of human rights, and destroyers of the ecological system.

The modern corporation, however, cannot be described in such simplistic terms—as either an exploiter of vulnerable groups and communities or a do-gooder. Today’s corporation is a complex organism, comprising many parts which, working together, can transform communities and significantly enhance the living standards of the people inhabiting these communities. Although it has served many purposes since its creation, the primary objective of the modern corporation is the creation of wealth. The wealth-creating activities of the corporation benefit its several stakeholders, who include investors (e.g., shareholders), employees (including managers and directors), governments (local, state or regional, and national), and the communities where the corporation operates, and others.

The modern corporate form of business organization gained favor in many countries because of its ability to (1) garner significant amounts of capital from a variety of sources; (2) effectively manage risk and enhance investment in productive capacity; (3) attract highly educated and skilled manpower; (4) carry out productivity-enhancing innovations; and (5) serve as a leader in the creation of wealth. Nevertheless, during the last several years, corporations have been accused of engaging in unhealthy and unethical practices (e.g., dumping waste materials in the environment; failing to create a clean and healthy environment for workers; exploiting workers by paying them non-competitive wages; corrupting the political system, especially in developing countries; destroying the ecological system, especially in poor communities; etc.). In addition to damaging the ecosystem, corporations, particularly, transnational corporations, have also been accused of colluding with national governments to avoid paying taxes to the local economy and hence, depriving poor countries of the scarce resources that they need to fight poverty. In both developed and developing countries, corporate managers have been accused of discriminating against certain categories of workers (e.g., women, and ethnic and religious minorities), and abusing workers by forcing them to engage in unhealthy practices (e.g., forcing women to provide sexual favors as a condition to keep their jobs).

Although the corporate form of business organization remains as relevant as ever, the firm that is most likely to succeed in today’s globalized economy, regardless of where it is located, is the one whose management pays adequate attention to the concerns of its diverse stakeholders. A corporation cannot succeed without the contributions of its employees, investors, customers, suppliers and the communities in which the firm operates. However, the contributions of these stakeholders are not undertaken as a form of charity—individuals and groups contribute to the corporation in an effort to maximize their own objectives and interests. Hence, for success, the relationship between a corporation and its stakeholders must be one that is mutually beneficial—that is, the relationship must generate benefits for both the contributing stakeholder and the corporation. Some stakeholders, of course, are involuntarily brought into the corporation’s operations and as such, may not enjoy a mutually-beneficial relationship with the firm. These stakeholders are likely to suffer significant costs that are imposed on them by the firm’s activities and these may include various forms of pollution and other externalities generated by firm operations. It is important that corporate activities are not allowed to damage the welfare of those (e.g., various ethnic groups in the Niger Delta of Nigeria and indigenous groups along the Amazon River Basin) who have been involuntarily incorporated into the corporation’s sphere of operations.

Although profit-maximization and by implication, the maximization of shareholder value, is the main objective of virtually all corporations, there are other important and relevant issues that the corporation must deal with. First, the corporation must provide the set of laws that regulates the relationship between its board of directors, managers, and shareholders. Second, it must find ways to deal with what economists refer to as the principal-agent problem—that is, the conflict that exists between the principal (i.e., the shareholders) and the agent (i.e., the managers). In the aftermath of international corporate scandals, such as the Enron case in the United States and the corrupt activities of the Bank of Credit and Commerce International (BCCI), there has been need to modify the corporate governance model and place emphasis on ethics, transparency, and accountability.

Our interest in this article, however, is on why corporations must evolve into more socially responsible citizens and contribute positively to the protection of human rights and the ecosystem in the communities in which they operate. One can argue, however, that since the corporation’s main objective is profit maximization, it should not subject itself to increased production costs by investing in ecosystem cleanups, cleaner and safer working environments for its workers, or paying its employees more competitive wages. Yet, as illustrated by the words of the character from Miracle on 34th Street, by being a socially responsible corporate citizen, a corporation can actually significantly enhance its profitability and the value of the company. The goodwill gained by being socially responsible can garner more customers for the firm’s products, minimize acts of sabotage against the firm, endear the firm to the community, promote loyalty by employees to the firm, and generally enhance the ability of the firm to operate profitably.

Economists and corporate lawyers now advise and encourage corporations to adopt a broader and more inclusive and participatory model of corporate governance. Such a model calls for the redefinition of who is a stakeholder of the firm—the latter must include (1) the firm’s traditional shareholders; (2) the country in which the firm has its operations; (3) the immediate community in which the firm operates or has its operations; and (4) the global community, of which the firm is a part. Within such a model, local communities, for example, can have significant input into corporate policies, especially as they relate to such issues as the protection of human rights and the minimization of the various forms of externalities (e.g., ecosystem degradation) that arise from corporate activities. Nevertheless, some experts have argued that forcing corporations to devote a significant amount of their resources to meeting social and environmental demands in the communities in which they operate will significantly constrain the ability of managers to maximize profits and meet the expectations of shareholders. However, it is important for firms to recognize the fact that engaging in socially responsible practices, such as treating workers well, paying them competitive wages, and providing them with a clean and safe working environment, minimizing environmental damage, contributing positively to the improvement of the welfare of the communities in which they operate, can actually enhance the firms’ profitability and their long-term survival. In fact, evidence shows that granting local communities a stake in the firm will most likely minimize the type of sectarian violence that has become a major threat to the operations of multinational companies in such places as Nigeria, Democratic Republic of Congo, and many countries in the Middle East, Asia and South America. The effective corporate governance model does, indeed, call for firms to maximize profits and shareholder value but they must do so through a process that is undergirded by participation, transparency and accountability, and sensitivity to the needs of each firm’s other stakeholders—notably its employees and the citizens of the country and communities in which the firm operates. 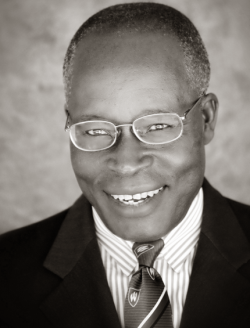 John Mukum Mbaku is a Brady Presidential Distinguished professor of economics and John S. Hinckley Fellow at Weber State University. He is also a nonresident senior fellow at The Brookings Institution in Washington, D.C., and an attorney and counselor at law, licensed to practice in the Supreme Court of the State of Utah and the U.S. District Court for the District of Utah.

He received his PhD in economics from the University of Georgia and his JD in law and graduate certificate in natural resources and environmental law from the S. J. Quinney College of Law at the University of Utah. He is a resource person for the Kenya-based African Economic Research Consortium.

Mbaku is the author of Corruption in Africa: Causes, Consequences, and Cleanups (Lexington Books, 2010) and (with Mwangi S. Kimenyi) of Governing the Nile River Basin: The Search for a New Legal Regime (The Brookings Institution Press, 2015) and Protecting Minority Rights in African Countries: A Constitutional Political Economy Approach (Edward Elgar, 2018).

On May 22, 2017, John Mukum Mbaku, was admitted and qualified as an Attorney and Counsellor of the Supreme Court of the United States.

At Weber State University, John Mukum Mbaku teaches courses in principles of economics, intermediate microeconomics, international trade, business calculus, and economic development. He also works with international students and helps them adjust to college life in the United States. Professor Mbaku also engages with community groups and helps them understand issues such as globalization, outsourcing, and immigration and how they affect economic activities in the United States. Professor Mbaku also visits local schools to talk to students about the U.S. constitution, constitutionalism and the rule of law in the United States and other countries. He is a consultant to several domestic and international news organizations, as well as multilateral organizations (e.g., the African Development Bank), on governance issues in Africa and has appeared on several domestic and international news programs to discuss elections, corruption, and other governance-related issues in Africa.