Join and Learn how to “Zapater and Faldear the authentic  Mexican Folk” with the WSU Ballet Folklorico members under the instruction of La Maestra Iris Reyes!

Cultural Connections: A Discussion of Latinx Culture in US media

A discussion in an interview/podcast format on the interpretations of holidays in the United States from their neighboring countries in Latin America. We will be discussing the mass hype of cinco de mayo, compared to holidays celebrated in Latin America countries such as Mexico’s Independence Day and the media's portrayal of these events in the U.S.

The Latina/o Law Student Association at Gonzaga University School of Law is excited to host a Q&A with Justice Montoya-Lewis on her journey to the Washington State Supreme Court. Join us in learning about her story, her vision, and the work she does on the Court.

Submit questions you would like to ask Justice Montoya-Lewis.

We are also honored to announce the presence of two very special guests at this event: Justice Yu and Justice González of the Washington State Supreme Court.

Help kick-off 2020 Hispanic Heritage month with Access and Diversity! Join us for a virtual dance party straight from the comfort of your home! We will be streaming DJ Drew live playing all the Latin hits and there will be an opportunity to win some prizes. You won’t want to miss this!

Dj Drew is a Salt Lake City based latin openformat dj. You can find Drew airing on Ritmo Latino, liveevery weekend on Utah's Latino 106.3 FM, as well as mixing throughout the Salt Lake valley. 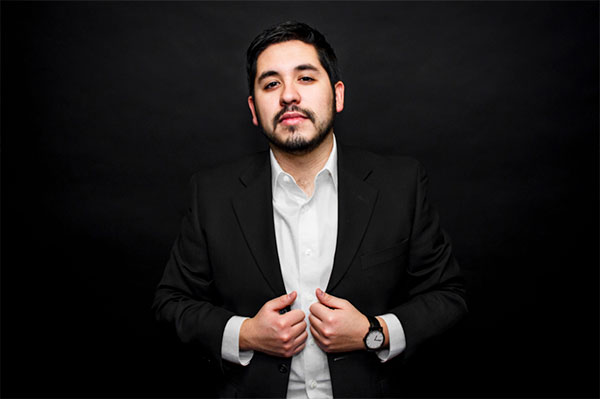 Highlighting independence days that are celebrated across Latin America. Let people learn more about other holidays people in different countries celebrate, specifically how holidays similar to the 4th of July are celebrated in neighboring countries, where many living in the U.S. are from or have deep connections with.

Whose School?: The Pursuit of Equality in Mendez v. Westminster School District

This presentation examines the pursuit of equality in the Mendez v. Westminster School District case decided in 1946 and 1947. This groundbreaking case carved the path for the Brown v. Board of Education Supreme Court decision that ruled the segregation of public schools unconstitutional in 1954.

Despite these legal wins, much of the Latinx community continues to struggle to obtain a just and equitable education. The workshop will also examine work by artists that explore the lesser-known history of the Mendez v. Westminster case and illustrate the impact of racial segregation and discrimination.

We will share resources teachers and community members can use when teaching about racial segregation and the Mendez v. Westminster case. 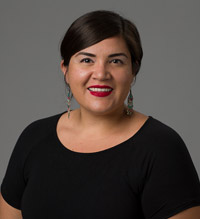 Andrea Garavito Martinez is a first-generation Chicana college graduate and originally from Northeast Los Angeles, California. She also attended elementary school in her parent’s native hometown of Jocotepec, Jalisco, Mexico. Prior to joining Weber State University, she served as the Community School Facilitator at Hillcrest High School in the Canyons School District where she worked closely with school administration, the district and multiple community partners to implement the Midvale Partnerships for Student Success initiative. She was also a Family Center Coordinator and Latinos in Action teacher at West Lake Junior in the Granite School District. She currently teaches the Culturally and Linguistically Responsive Teaching and Educational Psychology and Classroom Management.

In addition, for eight years, Andrea helped to coordinate outreach and recruitment efforts in the University of Utah's Urban Institute for Teacher Education that focused on increasing the number of students from diverse backgrounds entering teacher education programs. Her dissertation research is an extension of this work. For her dissertation, she gathered the narratives of Chicana/Latina undergraduate pre-service teachers to understand their professional experiences. The findings from this study indicate the need to develop teacher professional practices that center their unique and varied lived-experiences. At WSU, she is the co-advisor for Future Educators of America (FEA) and co-creator of the series, Wildcat Conversations: Racism 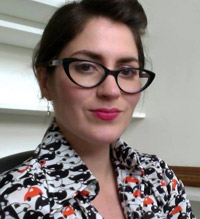 Grounded in Our Roots: How Past Activists Can Inspire Present Action with Nubia Peña and Viviana Felix

In honor of Hispanic Heritage Month, this workshop will cover historical moments of activism in the United States led by Latinx individuals. Participants will explore how past leaders can help inspire our present actions for change and discuss various forms of civic engagement that exist for people seeking to get involved. This session will also provide a brief overview of strategies for moving social justice efforts forward 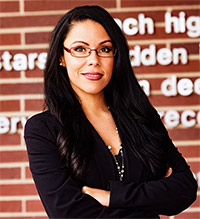 Ms. Nubia Peña is the Director for the Utah Division of Multicultural Affairs where their mission is to promote an inclusive climate for Utah's growing diverse community through training, outreach and youth leadership development. Ms. Peña is immensely grateful for the extensive experience acquired during the past 15 years working as a community organizer, advocate, and ally for marginalized populations. She has the great opportunity to facilitate dialogues amongst local and national leaders on complex topics of inclusion and racial justice working to create equitable access in services and resources for disenfranchised communities. Ms. Peña also designs and implements various workshops on creating culturally relevant, and gender-specific programming for at-risk communities, specifically when working with youth and adolescents.

Ms. Peña is a proud former member of the zealous team at the Utah Juvenile Defender Attorneys where she advocated for youth rights during detention and delinquency proceedings. She is also certified by the National Juvenile Defender Center as a Juvenile Training Immersion Program facilitator. In addition, Ms. Peña is a national consultant dedicated to bringing awareness to intersections of trauma and the School-to-Prison Pipeline, an epidemic that targets our most vulnerable youth by streamlining them into the juvenile justice system.

Ms. Peña has actively sought to bring awareness to issues of violence and systemic oppression through her professional endeavors and personal faith-based initiatives. She has a decade of experience assisting survivors of domestic abuse, sexual assault, human trafficking, and violent crimes as a Law Enforcement Victim Advocate. Since 2007, Ms. Peña has served as the Training and Prevention Education Specialist at the Utah Coalition Against Sexual Assault (UCASA) where she developed trainings on Youth Advocacy for Trafficked Survivors, Social Justice in Prevention Efforts, and Sexual Harassment in the #MeToo Era. In addition, she is also the founder and director of Royalty Rising Youth Ministry, a culturally relevant and gender specific outreach initiative for at-risk and marginalized young adults.

Ms. Peña received her Juris Doctorate from the University of Utah S.J. Quinney College of Law in May 2016. During that year, she was selected as one of 25 law students in the nation to be recognized and highlighted for her social justice activism in the National Jurist, a leading news source in legal education. Ms. Peña was also selected as the recipient of the National Juvenile Justice Network 2019 Emerging Leader Award due to her longstanding commitment to youth rights, empowerment, and leadership development. Ms. Peña was named as one of Utah Business Magazine’s 2020 40 Under 40 award recipients.

Preferred Pronouns: She, her, hers 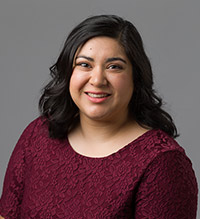 Viviana Felix (she/her/ella) is a proud Mexican American striving to learn, preserve and educate herself and others on the intersectional experiences of Latinx individuals in the U.S.  In January 2014, Viviana was selected as a candidate in the nationally recognized Congressional Hispanic Caucus Institute (CHCI) internship program. Through CHCI Viviana interned for Senator Tom Udall of New Mexico, the state with the largest Hispanic population in the country. In 2015, through the Olene S. Walker Institute Viviana served in the Utah State Legislative interning for Senator Luz Escamilla, the first Latina elected to the Utah State Senate. In May of 2015, Viviana graduated with her Bachelor’s of Arts in Sociology from Weber State University. Last year, Viviana received her Master’s in Community Leadership from Westminster College having done her thesis on the Women of Color experience working for government agencies in Utah. Viviana is the first-ever Diversity Affairs Coordinator for the City of Ogden serving under the direction of Mayor Mike Caldwell. Viviana works with community leaders and city officials to create an inclusive community that thrives on trust, equity, and the interdependence of our diverse communities.

The Month Of October

The Casasola Archive is a mythic photography collection “recognized worldwide as the seat of the history of México.” It was acquired by the federal government of México in 1976. The Archive includes the work of five hundred photographers, but the images in this exhibit traveling the U.S. are those of Agustin Victor Casasola, one of the giants of twentieth century photograph. He was one of the early masters of photojournalism, bringing to vivid life the events surrounding that immense social cataclysm called the Mexican Revolution. As a photographer, and as the driving force behind one of the world’s first professional photographic agencies, Agustín Casasola put a human face on that epic struggle. Excerpted from Sergio Raúl Arroyo, “The Casasola Collection in the INAH National Photo Archive,” and Pete Hamill, “The Casasola Archive,” in Pablo Ortiz Monasterio (Ed.), México: The Revolution and Beyond (Aperture, 2003).

Participate in a cooking class lead by HAC leaders and their parents in how to prepare the most famous and basic sofritos and guisos for salsas, dressings, etc. from México, Puerto Rico, and Argentina. The first five people who log in and complete the Zoom class will receive a “Salsa Kit” with the ingredients of your favorite recipe.

Hugo is an expert in biotechnology and digital technology. He serves as a practitioner, scholar, speaker, consultant, and advisor at both local and global organizations.

Hugo Caicedo is a creative strategist, healthcare scientist, systems architect, and cyberneticist. He serves as a practitioner, scholar, speaker, advisor, and mentor at both local and global organizations. With extensive experience in laboratory-based pre-clinical research for drug discovery (microfluidics and biopharmaceutical industry) and with more than 10 years of experience in digital medicine, Hugo leverages his multidisciplinary background in electronics engineering (B.S.), biosciences (Ph.D) -neurobiology, immuno-oncology, and metabolic disorders-, systems architecture (post-graduate), and stakeholder engagement to create healthcare initiatives that translate relevant science and technology into high-value partnerships and impactful solutions. A multi-award winner, Hugo was the recipient of MIT, Bogazicy University, Antalya University (Turkey) and Université Pierre and Marie Curie (France) pre-doctoral fellowships as well as a Harvard-MIT/HST post-doctoral fellowship. Hugo has multiple publications and has been invited to give many talks worldwide. During his free time, Hugo spends time with family, traveling, and dancing hip-hop, reggae and salsa. 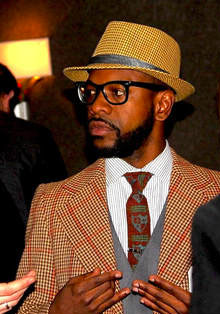 All events are free & open to the public

For more information or to request accommodations in relation to a disability, contact Andrea Hernández at andreahernandez2@weber.edu