Marketing Maestro, Philanthropist to Send Off WSU’s Fall Class of 2016 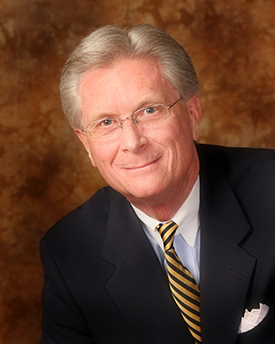 Hall is the founder, chairman and former CEO of MarketStar, a global outsourced sales and marketing firm that enables brands to differentiate themselves through sales-focused relationships. Headquartered in Ogden, MarketStar employs approximately 3,500 people.

He recently finished nearly a decade of service on WSU’s Board of Trustees, where he presided as chair for six years. He also served as campaign committee chair for Dream 125: The Campaign for Weber State. The comprehensive fundraising campaign, which ended on June 30, 2016, netted $164.39 million. That total was nearly $40 million more than the intended goal of $125 million.

“Alan and his wife, Jeanne, have been exceptional stewards of Weber State and the community,” said WSU President Charles A. Wight. “Our graduates can learn much from the Halls’ dedication to bettering their world. They truly represent the ideals of compassion and commitment.” 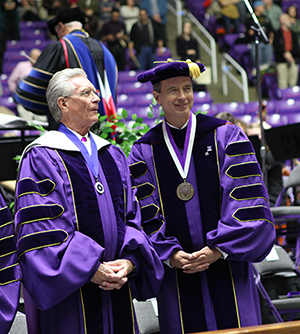 In addition to his service at WSU, Alan Hall is chairman of the Ogden Pioneer Days Foundation and past chairman of Prosperity 2020, a business-led movement committed to enhancing Utah’s educational system through investment and innovation. He and his wife also lead the Alan & Jeanne Hall Foundation, whose mission is to ensure that “there be no poor among us.”

Utah Business magazine recognized Alan Hall as one of this year’s Outstanding Directors. He is also an Ernst & Young and Mountain West Capital Network Entrepreneur of the Year recipient. In addition, Hall is an author, newspaper columnist and frequent public speaker.