OGDEN, Utah — More than 2,324 Weber State University students have applied for graduation and will be honored during WSU’s 148th commencement at the Dee Events Center, Dec. 16 beginning at 1 p.m. 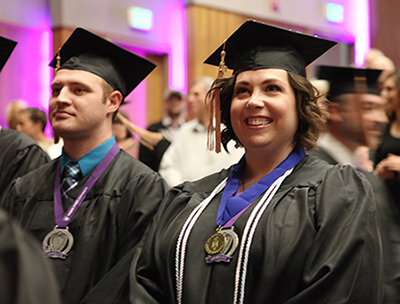 “Using hard work, sacrifice and support, our graduates have transformed their dreams into success and achievement,” said WSU President Charles A. Wight. “Commencement is an opportunity to celebrate their accomplishments and to wish them well on their next adventure.”

Alan Hall, entrepreneur and WSU alumnus, will deliver the keynote address. Hall is the founder, chairman and former CEO of MarketStar, a global outsourced sales and marketing firm that enables brands to differentiate themselves through sales-focused relationships. MarketStar, which is headquartered in Ogden, employs approximately 3,500 people.

Hall also served on WSU’s Board of Trustees for nearly a decade. In 2013, Hall and his wife Jeanne helped WSU create the Alan E. Hall Center for Sales Excellence and the Hall Global Entrepreneurship Center. Hall and his relatives also donated funds to the Tracy Hall Science Center, which is named after Hall’s uncle, H. Tracy Hall, inventor of the process for making synthetic diamonds.

The student graduate speaker will be Michelle Owens, who worked as a WSU financial aid advisor while earning her Master of Arts in English. After graduation, Owens said she plans on pursuing a doctoral degree in hopes of teaching at a college or university.

During the December commencement, WSU’s business school and six academic colleges will confer all degrees and certificates during one ceremony. That differs from spring commencement, when individual convocations are conducted separately to accommodate the larger number of graduates. 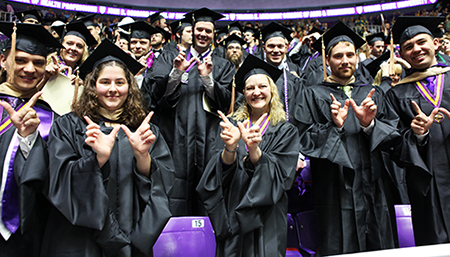 All graduates attending commencement will receive a commemorative medallion with the WSU presidential seal in honor of their achievement. The medallions will be presented only to graduates who attend the commencement exercise.

“Putting Students Through,” a program honoring parents, spouses and friends of graduates, will precede the ceremony in Shepherd Union Ballroom A at 9 a.m.

A live broadcast of the ceremony can be viewed by visiting the WSU graduation webpage. Beginning Dec. 23, a recording will be available on WSU’s YouTube channel at youtube.com/weberstateu.

Guest tickets are not required for the commencement ceremonies. However, seating is available on a first-come, first-served basis. American Sign Language interpreting services will be available in Section S at the base of portals 17 and 18. Disability access at the Dee Events Center is available at the east entrance.