Simonian Honored as Utah’s Professor of the Year

OGDEN, Utah – For the second time in three years, Utah’s professor of the year teaches at Weber State University.

The Carnegie Foundation for the Advancement of Teaching and the Council for Advancement and Support of Education (CASE) have named Yasmen Simonian, professor and chair of WSU’s Department of Clinical Laboratory Sciences, as the 2005 Utah Professor of the Year. National and state award winners were selected from nearly 400 top professors nominated around the country.

Simonian joined the WSU faculty in 1981. She has received the Outstanding Teacher of the Year Award from the Dr. Ezekiel R. Dumke College of Health Professions on three different occasions and was honored as the 2004 Crystal Crest Master Teacher. In addition to teaching clinical laboratory sciences, she and her colleagues pioneered the development and delivery of entire CLS AAS and BS degree programs online. Earlier this year, she received WSU’s John S. Hinckley award for excellence in teaching, service and scholarship.

Above all else, Simonian is dedicated to her students. In explaining her teaching philosophy, she says it’s her job to increase students’ creative thinking abilities, while nourishing them emotionally, intellectually, psychologically and spiritually.

“Exceptional teachers inspire their students to want to learn, to want to excel,” Simonian says.

Affectionately known as “Yas,” Simonian takes great pride in her students’ 100 percent job-placement rate and stays in touch with her former students, keeping tabs on their careers and celebrating their accomplishments. After 24 years in the classroom, she now teaches and advises a second generation of students, including some of her graduates’ children. 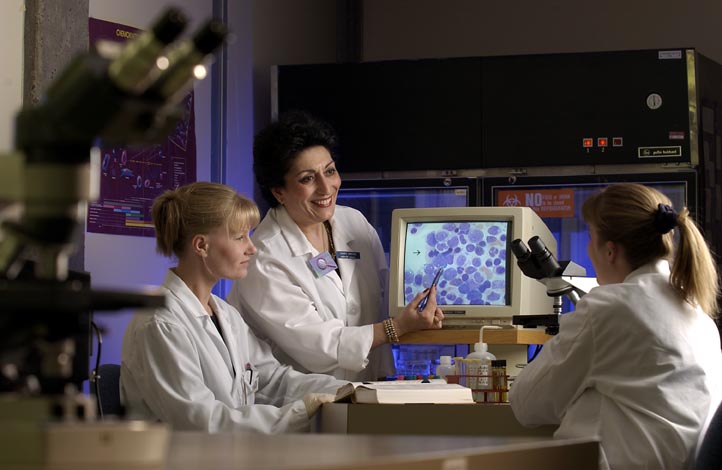 Simonian is the author of numerous articles in professional journals and regularly presents at state, regional and national conferences on hematology, education, supervision and management topics. She serves on several professional boards at the state and national level, including past president of the American Society for Clinical Laboratory Science-Utah and currently as the national Scientific Assembly co-chair.

Simonian earned her bachelor’s and master’s degrees in medical laboratory sciences and her doctoral degree in patient education and counseling at the University of Utah.

This year there are winners in 40 states, Guam and the District of Columbia. CASE assembled two preliminary panels of judges to select finalists. The Carnegie Foundation then convened the third and final panel, which selected four national winners and the state winners. Simonian was selected from among faculty members nominated by colleges and universities throughout the country.

This marks the second time in three years that a WSU faculty member has been chosen as the professor of the year. In 2003, political science professor Frank Guliuzza was honored as Utah’s Professor of the Year.

The Carnegie Foundation for the Advancement of Teaching was founded in 1905 by Andrew Carnegie “to do all things necessary to encourage, uphold and dignify the profession of teaching.” The foundation is the only advanced-study center for teachers in the world and the third-oldest foundation in the nation.

The Council for Advancement and Support of Education is the largest international association of educational institutions, with more than 3,200 colleges, universities, and independent elementary and secondary schools in nearly 50 countries, including the United States, Canada, Mexico and the United Kingdom. Representing these institutions are more than 38,000 professionals in the disciplines of alumni relations, communications and fund raising. Additional affiliates include educationally related non-profit organizations and commercial firms.