OGDEN, Utah — The Declaration of Independence as a clarion call for equality is the subject of this year’s Haven J. Barlow Fall Civic Leadership Forum, sponsored by the Olene S. Walker Institute of Politics & Public Service at Weber State University, the WSU student association and WSU Convocations. 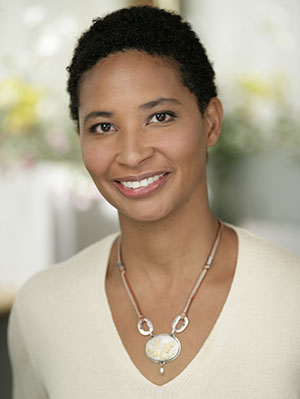 The public is invited to hear Harvard professor, political philosopher and MacArthur Genius recipient Danielle Allen present “Our Declaration: A Reading of the Declaration of Independence in Defense of Equality,” in the Shepherd Union Wildcat Theater, Nov. 11 at 11:30 a.m.

Allen will outline the history of democracy through the framework of the Declaration.  She makes the case that Americans cannot have freedom without equality. Based on extensive research, Allen’s work underscores the significance of America’s founding text, detailing what democracy actually means and what it demands of its citizens.

“We are fortunate to have professor Allen during a critical juncture in our American history. This election cycle has drawn our nation into a false dichotomy, leaving us to believe that if we have equality that we cannot have liberty, and, conversely, if we have liberty, we cannot have equality,” said Adrienne Andrews, WSU’s chief diversity officer. “I look forward to her ability to work us through this false dilemma and help us understand how these two ideas are critical aspects of our democratic culture and can help us move forward together, using our Declaration of Independence as a guide.”

While teaching the Declaration of Independence to low-income night school students in Chicago, Allen rediscovered the power of the document. Her presentation at WSU will focus on her book, “Our Declaration,” which won the Francis Parkman Prize from the Society of American Historians and the Chicago Tribune’s Heartland Prize for Nonfiction.

She is the author of six books, including her most recent, “Education and Equality,” which underscores the importance of education to democratic life and makes a strong case for humanities in education. She also wrote “Talking to Strangers: Anxieties of Citizenship since Brown v. Board of Education.”

Allen is the director of the Edmond J. Safra Center for Ethics at Harvard University as well as a professor in Harvard’s Department of Government and Graduate School Education. She worked on Barack Obama’s first presidential campaign and founded the Civic Knowledge Project to offer university lectures to Chicago’s poor.

She is a member of the American Academy of Arts & Sciences and the American Philosophical Society and a 2001 winner of a MacArthur Foundation Fellowship.

“Danielle Allen has dedicated herself to thinking about the relationship between liberty and equality in America,” said Carol McNamara, director of the Walker Institute. “Her work compels us to think about how we can respect and promote both, as critical goals in American democracy through civic education and engagement”

The annual event is made possible with the generous support of Haven J. Barlow, whose 42-year stint in the Utah Senate was the longest in state history. This year’s cosponsors include the Walker Institute, WSUSA, Convocations, Diversity and Inclusive Programs, the Department of Political Science & Philosophy and the College of Social & Behavioral Sciences.