OGDEN, Utah — The environment and geography of the American West is sometimes overlooked as a powerful player in history. Sara Dant, a history professor at Weber State University, will discuss the relationship between the West and its inhabitants as part of the Weber Historical Society Lecture Series, Oct. 3 at 7 p.m. in the Hurst Center Dumke Legacy Hall. 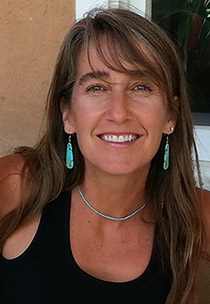 Dant’s lecture, “Avoiding the Great Filter: Climate Change and the American West,” will focus on the contemporary climate change issues confronting the West.

“As we move into the 21st century and confront the effects of our long-term exploitation of nature and the challenges of global climate change, undeniable in the West, we must learn the environmental lessons of the past or suffer the consequences,” Dant said.

Dant’s research indicates that, historically, when humans have exceeded the carrying capacity of their surrounding environment, they have paid with cultural decline and then scattered. She relates this dilemma to the Fermi Paradox, which asks why, among the hundreds of billions of stars that are likely to have Earth-like planets, other intelligent life forms have not evolved sufficiently to make contact with Earth. The best answer is the “Great Filter” idea, which posits that life, especially intelligent life, hits a developmental dead end beyond which it can’t survive to engage in interstellar travel. Dant suggests that climate change may be our Great Filter.

“The riddle of Fermi’s Paradox provides a cautionary prospective for considering the present and future West,” Dant said. “There is nowhere left on earth to scatter to today. As Fermi’s Paradox contends, something is preventing interstellar travel; is it possible for a planet bound species to evolve technologically without destroying itself?”

Dant has spent years studying and researching the West’s environment and wrote about it in her new book “Losing Eden: An Environmental History of the American West.” 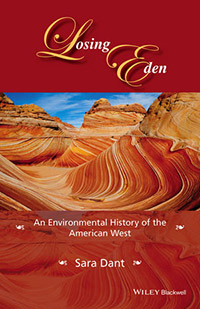 “Although many people take it for granted, nature is an active participant in human affairs, not just a passive stage upon which the human drama plays out,” Dant said.

Through the study of environmental history, Dant hopes to promote more sustainable lifestyles where humans and nature can coexist.

“In the end, we care about what we know,” Dant said. “Both this talk and my book endeavor to connect readers with this place, whether the West is home, a vacation destination or merely a source of curiosity. No matter where we live, we all need clean air, clean water and a healthy environment, which makes all of us environmentalists.”