OGDEN, Utah – In the 2014 midterm elections only 19.9 percent of voters age 18 to 29 cast a ballot — the lowest youth turnout rate ever recorded in a federal election.

Weber State University will host several events and initiatives during Constitution Week to inspire the campus community, particularly students, to get engaged in the democratic process and exercise their right to vote in every election. The university has pledged this year to become a “Voter Friendly Campus” — a national designation and part of the “ALL IN Campus Democracy Challenge.”

Events begin Sept. 14 with a Constitution Day address and continue through the evening of Sept. 16 with the Bob Moses “Privilege to Vote” concert and discussion at the Ogden Amphitheater. All events are free and will include voter registration opportunities.

The public is invited to the free Constitution Day address by renowned scholar and activist Laughlin McDonald, Sept. 14 at 11:30 a.m. in the Shepherd Union Wildcat Theater. 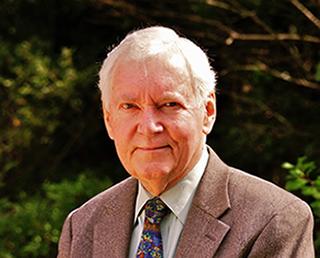 McDonald will discuss voting rights litigation nationally, how various groups have been left out of voting and what citizens can do to remedy disenfranchised voters.

In 1972, McDonald became the director of the Voting Rights Project of the American Civil Liberties Union and is currently special counsel and director emeritus of the project. Previously he practiced law and taught at the University of North Carolina School of Law. He has represented minorities in numerous discrimination cases, specializing in the area of voting rights. He has argued cases before the U.S. Supreme Court and numerous other courts. Laughlin has testified frequently before Congress and written for scholarly and popular publications on numerous civil liberties issues. He is the author of several books, including “A Voting Rights Odyssey: Black Enfranchisement in Georgia” and “American Indians and the Fight for Equal Voting Rights.”

Weber State students will get an understanding of the difficulty and impediments that citizens of certain states face when trying to vote, during a voter registration simulation event in the Wasatch Stewart Hall Rec Center, Sept. 15 at 7 p.m.

“We know from data about our students that if they are registered to vote, they are more likely to vote,” said Leah Murray, political science professor. “Any effort the university can make to register young people is important. We teach our students the habits of citizenship while on campus, and they will carry these habits through their lifetime.

Constitution Week events will conclude with a voter registration concert and conversation the evening of Sept. 16 at the Ogden Amphitheater (343 E 25th Street, Ogden, Utah).

The event begins at 6 p.m. with a moderated, casual community conversation about voting. Those in attendance will be asked to share their passion for civic engagement and voting.

The free concert begins at 7 p.m. with The Brocks warming up for the headliner band Bob Moses, who appeared on The Ellen DeGeneres Show in August. Visit this link to see the performance.

“The purpose is to bring together the influence of the university, community and government to boost voter registration, to encourage civic education and democratic participation, and to celebrate Constitution Day,” said Carol McNamara, Walker Institute director. “Voting is the great equalizer among American citizens and is truly the bedrock of our democracy.”