Ogden, Utah – July 31, 2017 – The Telitha E. Lindquist College of Arts & Humanities at Weber State University (WSU) (weber.edu/cah) today announced its 2017-18 theatre season. This year’s season is focused on all new works from emerging and established award-winning composers, librettists, lyricists and playwrights. The season includes: We Foxes, Where Words Once Were, Deluge, For Tonight and Class of ’94. In addition, the area’s student group, Associated Actors and Technicians (AAT), will feature a student directed play, Deluge. The play was written by WSU student, Riley French. Tickets are available for all performances and can be purchased online at (www.weberstatetickets.com) or by phone at 801-626-8500. 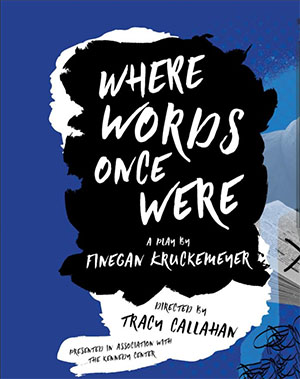 “We are thrilled to be the only institution in the state of Utah to offer an entire season of new works,” said Scott Sprenger, Dean of the Telitha E. Lindquist College of Arts & Humanities. “Our rigorous theatre program allows students to develop their individual talents and abilities while having the opportunity to gain practical experiences to prepare them professionally.”

Tickets are on sale now and can be purchased at (www.weberstatetickets.com) or by phone at 801-626-8500. Tickets are $13 for adults and $11 for children, seniors and members of the military.