‘State of Black Utah’ Topic of Juneteenth Festival at WSU 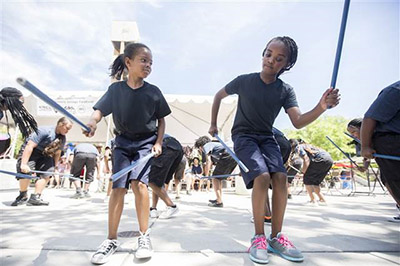 This year’s theme, “Renewing our Strength,” will incorporate Utah’s African American culture and include live entertainment, soul food, vendors, health screening and games for all ages.  Gov. Gary Herbert and WSU President Charles A. Wight will welcome participants and sign a ceremonial proclamation June 18 at 1 p.m. at the Stewart Bell Tower.

“The Juneteenth Festival brings communities together from all walks of life to honor our past, celebrate the richness of African and African American arts and culture, and embrace our future,” said Betty Sawyer, WSU transition programs and partnerships coordinator.

A town hall meeting discussing the “State of Black Utah” will be held June 17 at 6:30 p.m. in the Shepherd Union Ballroom. New this year, the celebration will include a 3-on-3 basketball tournament, a super-step show and a battle of the DJs.

The festival includes a pageant, where Utah high school students 11th and12th grades compete for scholarship money and the title of Mr. and Ms. Juneteenth.

Juneteenth, which was first observed in Texas, is the oldest celebration marking the end of slavery in the U.S. This year Utah became the 44th state to honor Juneteenth as a statewide holiday observance held on the third Saturday in June.

For more information about the festival, visit projectsuccessinc.org/juneteenth-utah-festival.