Historian to Reveal Secrets of Train Disaster at WSU Lecture 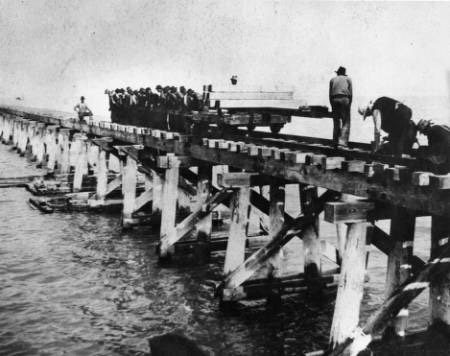 OGDEN, Utah – A devastating train collision Feb. 19, 1904, 80 miles west of Ogden, Utah, set off an explosion that killed 25 people. The blast broke windows 40 miles away. However, the explosion was quickly investigated and forgotten. Today, few remember the disaster.

Ogden Union Station historian and former columnist for the Standard-Examiner Charles Trentelman will present “Blasted Out of History” at Weber State University April 18 at 7 p.m. in the Hurst Center Dumke Legacy Hall on the Ogden Campus. The visit is a part of Weber Historical Society’s Spring 2016 Lecture Series. The public is invited to his presentation.

Train accidents were common in 1904, but the Jackson train wreck was the worst in Utah that year. The wreck occurred near the Lucin Cutoff, a railroad trestle crossing the Great Salt Lake, which was in its final stage of completion. Two trains, one heading east to Ogden, and another heading west, collided on the railway. The train heading east carried a freight car full of dynamite and a crew car full of Greek laborers. Trentelman believes the wreck did not receive extensive news coverage because most victims were Greek.

“It mostly involved Greek immigrant laborers who were a minority that was not well thought of then,” Trentelman said. “News of their deaths came and went very quickly, and then the newspapers went on to other things.” 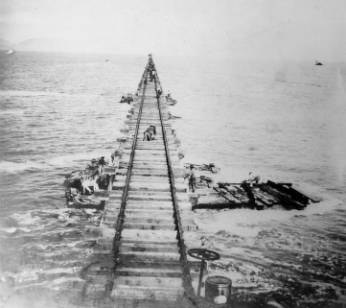 Part of Trentelman’s presentation will explore the dangers of the railroad industry at the time and what he describes as the “horrific” state of railroad worker safety. Trentelman said there were three other train wrecks in the United States during the same year with more fatalities.

The presentation is part of Ogden Union Station’s effort to honor forgotten legacies of Ogden contributors. “These people died building the chief economic driver of northern Utah and Ogden,” Trentelman said. “One of the things we are trying to do at Union Station is bring back memories of all minorities — Greeks in this case — who built Utah.”

Also in attendance at the lecture will be Stella Kapetan, whose great grandfather was killed in the disaster. Kapetan undertook a project to uncover the details of the accident. Trentelman credits Kapetan’s work for preventing the disaster from fading from the historical record and believes she has kept the memory of her ancestor and those who died with him from being lost forever.