Elementary Students Will Plant Trees With WSU for Earth Day

OGDEN, Utah – Weber State University is strengthening its green roots and celebrating Earth Day by planting eight trees on the north side of Stewart Stadium, April 20 at 1 p.m.

WSU Environmental Ambassadors will lead the effort, and students from Shadow Valley Elementary will help with the planting. A combination of Columnar Colorado Spruce, Arnold Sentinel Pine and Cimmaron Ash were chosen to increase diversity of species on campus.

Weber State continues to expand its sustainability efforts and involve the campus community with a wide variety of programs.

WSU has implemented a Green Department program. Participating departments assemble a “Green Team” and earn points for energy and waste reduction. Departments are then certified as bronze, silver, gold or green, depending on the number of points they earn. 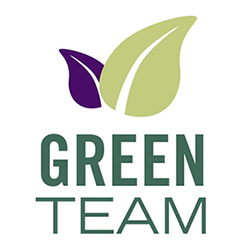 In June 2016, WSU will break ground on its largest solar project —an approximately 2-megawatt solar installation at Weber State University Davis in Layton. This installation will cover approximately 7 acres of land and will provide nearly 100 percent of the electricity needed for that campus. The solar field has the potential to produce enough energy to power 440 homes.

In 2015, WSU was awarded a Division of Environmental Quality Clean Fuels grant to purchase three electric hybrid vehicles (in addition to one Chevy Volt already in the fleet). WSU’s first electric vehicle charging station will be installed at the Public Safety Building to serve the growing electric fleet.

WSU also uses electric golf carts as utility vehicles for facility management crews. This year, WSU will equip the carts with roof-mounted solar panels to provide all of their power.

The Susie Hulet Community Solar Program has the goal of increasing renewable, clean solar energy in Weber, Davis and Morgan counties. In 2015-16, the program educated more than 600 community members about the benefits of solar energy. The program has also helped households install more than 2,500 solar panels, resulting in nearly 1 million kilowatt hours of energy generation each year.

WSU has reduced its direct greenhouse gas emissions by 23 percent from the baseline year of 2007, while the university has grown by more than 354,652 square feet.

For Weber State’s strong and continued commitment to sustainable practices, “The Princeton Review’s Guide to 353 Green Colleges: 2015 Edition” included WSU on its annual list for the fourth year.

WSU was recognized on the Sierra Club’s 2015 Cool Schools list, which ranks colleges and universities in the U.S. based on their dedication to environmentalism.

The 7th Annual Intermountain Sustainability Summit, hosted at Weber State March 2016, explored the latest topics such as sustainability policies, clean energy, climate and conservation. This year’s summit featured more than 36 speakers from around the region, including Joel Makower, the chair of Green Biz Inc. For the past 25 years, Makower has been a leading voice in environmental business practices, touting financial savings available through thoughtful sustainability. In 2014, he was inducted into the Hall of Fame of the International Institute of Sustainability Professionals.