OGDEN, Utah — Weber State University will welcome Irish writer Colm Tóibín, author of the novel “Brooklyn,” from April 11–12. Events will include a film screening and lectures, which are free and open to the public.

Tóibín will speak about the evolution of Irish identity in the 100 years since the Easter Rising in 1916 and meet with students to further discuss Irish history, writing and literature.  His visit corresponds with the centennial commemoration of the Easter Rising. 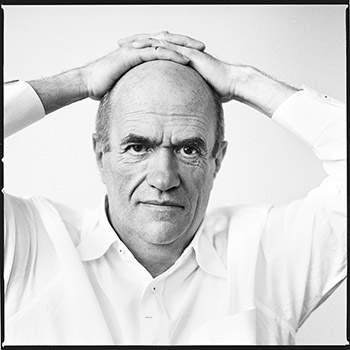 Meeting with students and community members

Tóibín’s best-known novel, “Brooklyn,” was adapted to film in 2015 and debuted at the Sundance Film Festival. The plot of the novel follows Eilis Lacey, a woman who emigrates from Ireland to New York City and adapts to cultural duality as she is caught between her family in Ireland and her career and marriage in the United States. “Brooklyn” was nominated for three Academy Awards: Best Picture, Best Actress in a Leading Role (Saoirse Ronan as Eilis Lacey) and Best Adapted Screenplay.

Tóibín’s grandfather participated in the 1916 Easter Rising, a protest against British rule, which began April 24 and continued through April 29 in Dublin. It has since been commemorated as one of the major incidents leading to independent Irish rule. It marked a turning point in Irish politics and stands today as a crucial event in the Irish independence movement. Though the Easter Rising failed, it inspired the continuation of the fight for Irish independence.

Tóibín is a professor of humanities at Columbia University, professor of creative writing at the University of Manchester and former editor of the Irish magazine Magill. Tóibín made The Guardian’s Best Books of 2015 list twice for his novel “Nora Webster” and the biographical study “On Elizabeth Bishop,” about the American poet who had a formative influence on his writing career. Tóibín works as a journalist and has written collections of short stories, essays and poetry, a play, several novels and nonfiction books. 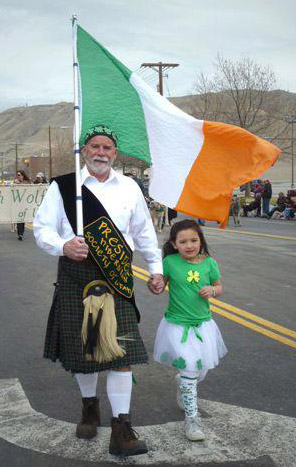 “Tóibín is like few others positioned to offer reflections on the Easter Rising and the eventual formation of the Republic of Ireland,” said Michael Wutz, a WSU English professor. “He is the rare and congenial intellectual who, especially as a novelist, can bridge the divide between academics and the public — he is a public intellectual, in the best sense of the term.”

Sponsors hope to commemorate the Irish Easter Rising’s centennial with a noted Irish writer who can speak with authority on the complex historical topic.

“We hope students and community members get some exposure to a major historical event in Europe from a century ago, and perhaps to gain a greater understanding of the Irish struggle for self-determination — home rule — that parallels the history of the U.S.,” Wutz said.

Other centenary events sponsored by the Hibernian Society of Utah include film screenings, poetry readings, music performances and a St. Patrick’s Day parade and festival.