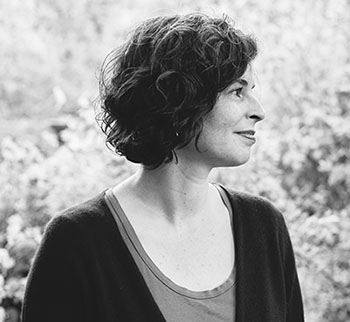 OGDEN, Utah — You are what you eat. Weber State University’s Convocations will host women’s- and Mormon-history expert Kate Holbrook March 24 from noon-1 p.m. in the Shepherd Union Wildcat Theater. The event is free and open to the public.

Holbrook will discuss “A Mormon Ethics of Eating” and how faith, culture and food are connected in Utah and the Mountain West. She holds a doctorate in the study of religion and society from Boston University. The ways in which religion affects how people make everyday choices has always piqued her interest.

“Food is one very clear way you see people evaluate and balance their religious priorities,” Holbrook said. “If someone isn’t affiliated with a religion, they are still balancing their moral or ethical priorities in food. You see it in every religious tradition.”

Holbrook, a specialist in women’s history at the LDS Church History Department, is a full-time historian. Her current research interests have led her to study how religious beliefs and affiliations impact the way people eat, speak and behave. In her studies of Utah’s food culture, she found multiple factors that affect behavior.

“You would assume the Word of Wisdom, the Mormon health code, would have the greatest impact on why Mormons eat the way they do. That is not true,” she said. “We will talk about some of the factors that actually influenced the way Mormons have tended to eat.”

“Because Utah still hovers around 70 percent Mormon, understanding that food culture can help people understand why things are the way they are around them,” she said. “It opens your eyes and makes things you take for granted look a little strange. Instead of seeing them as inevitable, you see they are intentionally constructed.”