Internet Hall of Fame Pioneer to Speak About Gender, Technology at WSU 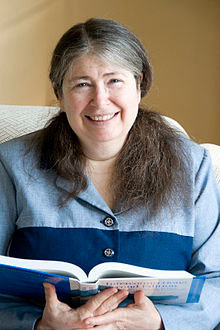 OGDEN, Utah – Although she doesn’t relish the title, the woman many refer to as the “Mother of the Internet” will discuss lessons learned working in a male-dominated industry as well as the evolution of the Ethernet when she makes two presentations at Weber State University Feb. 26.

Radia Perlman, who has a Ph.D. in computer science from MIT and was a 2014 Inductee into the Internet Hall of Fame, played a key role in the development of the modern Internet. Her innovations enabled networking infrastructure to be robust and scalable.

The first speech, “Network Protocol Folklore,” is intended for a technical audience and will be held Feb. 26 at noon in Shepherd Union Ballroom C followed by a question-and-answer session. Perlman will discuss the evolution of the Ethernet from its origins to the present day.

The second speech, “Creating a Culture to Foster Creativity and Collaboration,” is intended for a general audience and will be at 1:30 p.m. in Shepherd Union Room 312. In an informal setting, Perlman will outline her career path and lessons learned.

“Depending on audience interest, she will also explore why there are so few women in the industry and what might be done about it,” said Luke Fernandez, WSU’s Program and Technology Development manager.

The WSU Society of Women Engineers and the Technology Outreach Center in the College of Applied Science & Technology are sponsoring the presentations as part of National Engineers Week.