OGDEN, Utah – Is the world getting warmer? Are humans really causing it? Does it matter if they are? And how do we know? The Weber Historical Spring Lecture Series presentation hosted by Weber State University will address those questions and take a tour through the history of the science of climate change. 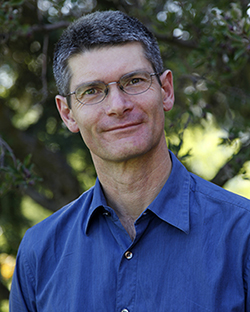 Dan Bedford, author and WSU geography professor, will address the development of climate science from the mid-1800s to present during his presentation, Feb. 12 at 7 p.m. in Hurst Center Dumke Legacy Hall.

“During the Victorian era, scientists such as Joseph Fourier and John Tyndall proposed that certain gases in the atmosphere must let in sunlight while preventing infrared light from escaping,” Bedford explained. “Research by organizations as diverse as the U.S. Air Force and the United Nations, over many years, has confirmed this basic concept. However, the science is often lost amid competing claims and counter claims about climate change.”

“The science is incredibly robust at this point,” Bedford said. “Yet many people are under the impression that it's suddenly being sprung on the public, and given that misimpression, it's not surprising that some people think the whole thing is some kind of scam. I'm hoping to take the audience on a tour through the last 160 or so years of climate science, and debunk a few myths along the way.”

Bedford will explain how the type of winter weather Utah is experiencing this year could become more common in the future with warmer temperatures, more rain and less snow, which will challenge Utah’s water management infrastructure set up to accommodate melting snow.

“A potentially bright future exists — economically and environmentally — by taking action on climate change,” Bedford said. “And it's very clearly in our best interests to do so. It's important to understand that we're not trying to save the planet by taking these actions. The planet has been around for 4.5 billion years and has seen worse than what we can dish out. No matter what we do, ultimately, the planet will be fine. These actions aren't about saving the planet; they're about looking out for human civilization.”

The Historical Lecture Series is presented by the WSU Alumni Association, the College of Social & Behavioral Sciences, the Department of History, Stewart Library and the Weber Historical Society.

Visit weber.edu/History/historicalsociety.html for more information about the series.