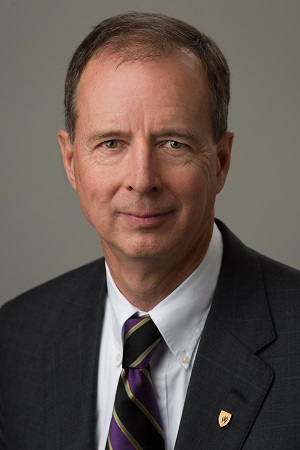 Among his accomplishments were the signing of a College Town charter with Ogden City and leading the university during the public phase of its Dream 125 comprehensive fundraising campaign. Under Wight’s guidance, the university expanded eligibility for its Dream Weber program, which provides up to eight semesters of full tuition and fees for eligible low-income students.

Prior to his appointment at Weber State, Wight served three years as dean of the Graduate School at the University of Utah, where he also served in other administrative and faculty roles since 1984. A physical chemist, he researches the chemistry of explosives and propellants. He is the co-author of more than 150 peer-reviewed publications, three patent filings and two books. Wight was named an Alfred P. Sloan Research Fellow and was designated a fellow of the American Association for the Advancement of Science. He is a member of the Phi Kappa Phi Honor Society. Wight received the University of Utah’s 1985 Outstanding Teaching Award in Chemistry from students and has also received the R.W. Parry Teaching Award in Chemistry.

Wight is married to Victoria Rasmussen and is the father of three grown daughters. In his free time, he enjoys running, backpacking, learning to play golf, and serving as a volunteer pilot for Angel Flight West, a nonprofit charity providing free non-emergency medical transportation for patients with compelling needs.